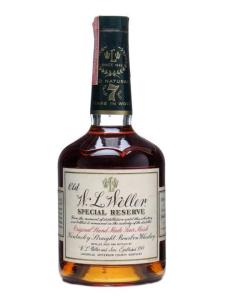 First off, thanks to /u/dros_guy for swapping me this one, along with two other wheaters and some Stagg 2013. Really enjoyed exploring drams that I’d never get a chance to try.

I’ll have your babies at some point, we’ll be even.

Anyway, we’re onto wheater number 3, W.L. Weller Special Reserve. Based on the image that /u/dros_guy originally posted, I take it that the bottle was a tad older than the current. His had “Frankfort 7 year” on it, so I’ll take that to mean that they’ve recently changed to NAS and left off the area where it is distilled. Guess people got it mixed up with Germany.

So this one is made by Buffalo Trace, using a mash bill that uses wheat instead of rye in the mashbill. There is a rumor that W.L. Weller was the first to do this, though… well, citation needed.

The name comes from William Larue Weller, who made bourbon in the early days of Kentucky, way back in the yesteryears of 1849. Or as European’s call it, last Tuesday.

Let’s see how it stacks up. 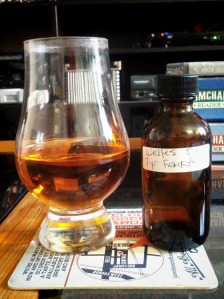 Amateur Tip: Let this mother breathe. A lot. And add a drop of water.

When I first started to nose it, it was just yeast, old flowers, and alcohol. Once I dropped one drop of water into it, and let it breathe, it was caramel, wood furniture, and eventually coconut.

Like Night and Day. Or Tom Cruise and Sanity. Or an Olympian’s physique and mine.

Or think a Dalmore, but without the price tag.

Not too complex, and a little unbalanced on the sweet side.

It finishes with a bowl of cereal type flavour. Well, if your cereal was covered in caramel and had fruit in it. Oh and heavy cream.

Gee, I wonder why I don’t have an Olympian’s physique?

Conclusion: Very fruity, smooth dram. It’s a tad on the overtly sweet and simple side, so it is docked marks. That said, it makes a good dessert dram. Wish there was a little bit more acidity or a little bit more oomph to it, however that’s nit picking. It’s a well done dram.