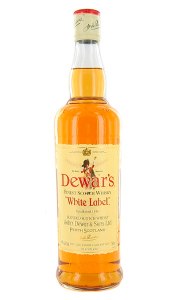 Whisky changes. This is a constant in all of our understanding. Especially if it’s NAS or a blend. Sometimes it takes quite awhile, and sometimes it’s quick (see current complains of Oog going down in quality)

Why? Well for multiple reasons, all of which are money. Can make a whisky cheaper and people will still buy it? Done. Can’t grow a certain type of wheat anymore because land is too expensive? Done. Go Bankrupt? Done. Old founder dies and new owner thinks they can sell more for less? Bingo.

Can you tell I’ve been taking Economics courses?

Dewar’s started out in 1846 under the family name. By 1896 they were a global market leader, mostly due to hard work by one of the founder’s sons. They even expanded their product by constructing the Aberfeldy Distillery.

Eventually they joined the Distillers Company in 1925, which was then bought by Guinness in 1986, and then Guinness merged with Grand Metropolitan to form Diageo in 1997, which then sold Dewar’s to Bacardi in 1998. They now own 4 different distilleries in Scotland: Aberfeldy, Aultmore, Craigellachie, Macduff, and Royal Brackla.

Today I’m going to take two versions of the flagship blend, Dewar’s White Label, and review them as part of my series called “The Blender: A totally not rip-off of /u/tintin777‘s review series”.

One is the current blend, and the other is the blend from 1968. Both, from what I understand, have around 40 different whiskies, with Aberfeldy as the main ingredient.

It’s quite hard to get past the alcohol notes in this one. They really do dominate the nose. It’s not too bad once it’s rested for a little bit longer. Simple though.

Not too harsh. Smooth, I’ll give it that. Though has some nice flavours. I’m actually surprised this tastes as smooth as it does. I was expecting some burn or something. Nothing too “out there” though, or big. Mostly meh.

Short finish. Blink and the Angels have you. And the finish is over.

The notes seem nice, though don’t meld together. They’re somewhat bland and off putting.

Conclusion: It’s not the worst blend I’ve had, I can say that. The nose is hard to get over, however the taste and finish aren’t that far “off”. Mostly just meh for me. I would only order it if I only had no choice in the matter.

Price: I don’t know, like two nickels and something vaguely homoerotic? That’s how things were paid for in the past, right?

It’s strong. Too some extra time with this one, let it calm down a lot, and waited it out. Never truly lost the youthful burn (which nowadays is called “The Clap”) yet eventually had some really nice Lowland notes.

Again, there was some burn at first, yet with some time and a little water, it calms down.

Quick Bias check: I am not the biggest fan of dry/tannic flavours. However this has some well defined flavours, so while I may not love them, they were pretty well put together.

Like falling into a vat at General Mills, there’s a lot of cereal here, and it takes over quick. Also you die. Wait, forget that last part.

What I’m saying is the cereal note is quite dominant. The rest is quite nice. Not my cup of tea exactly, however still nice.

Conclusion: This reminds me of Cragganmore. I’m pretty sure there’s no Cragganmore in it, yet that’s what I’m picking up, because that’s what it’s laying down. And I’m not the biggest fan of Cragganmore 12. If you are, add 9 points to my score, and you’ll have an idea if you like it or not.

Overall Conclusion: Things certainly have changed, and not for the better. Both have a lot of burn, yet the older one I can say it’s because of a higher Abv, and me not really knowing that.

The older one also has a better mouth feel, more flavours, and overall stronger flavours. I’m not usually one to say things were better in the past (Hint: Modern Medicine), however in this case I’ll have to say just that. The blend has gone downhill over the years, which is too bad.