So don’t call it a vertical… what do I call it?

I mean, these are all the Malts. Some of them are inside others, and others are mixed all up. And they are blends. It is a horizontal? Probably not. That sounds too sexy for me.

Are these the silly goats of the Nikka brand? No, what about the crayons of Nikka? Well, what colour is “All”?

No mention of All Malt? Where is All?

Oh, it’ s in another section… guess I shouldn’t have reviewed it with these ones.

Nikka Please! how does this taste?

Nikka All Malt is not part of the Pure Malt series. When I test whisky, I actually don’t read too much about it. That’s gotten a little dangerous what with my poisons of the world collection, however I think I’m doing well enough so far with my green skin and general inability to breathe by myself.

So Nikka All Malt is made in an interesting way. For whisky. Not in comparison to graphene or 3D printing.

So they use Coffey Stills to make the Malt. However they don’t use any corn, and instead use “high end grains”, like the ones that they lie to you about in Whole Foods.

There’s no real age statement, however it’s blended with malts of “various ages”, like showing up to a swinger’s convention.

So let’s see how the colour “All” tastes. 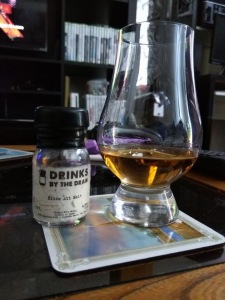 I want to say “Mango Cake”, or specifically Chinese Mango cake, however that’s racist, right? Or rather the two notes seem far enough… wait, is that moss?

So it’s not consistent. Like my sense of humour. Has some nice dessert notes, yet also floral and woody notes that don’t pair as well as they could. Still nice.

Nice mouthfeel, even for a 40% dram. Good amount of spice. Very creamy.

Very muted finish. Probably because of the lower Abv and the multiple whiskies in it. Leave me wishing for more.

Like only one tentacle versus 100 off some misunderstood monster.

Conclusion: Not enough tentacles in my various orifices, is what I’m saying.

This is a nice dram. And I can see why people recommend it so much: For what it is, it completes with Johnnie Walker or various entry level bourbons. It’s different enough, and a good start. I’d say try it, or pick up a bottle. 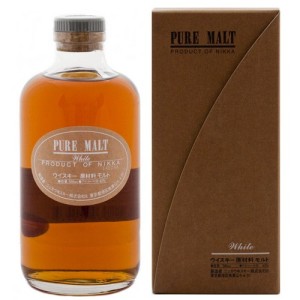 Nikka Pure Malt White is the little oddball out of the group today. No, White is a colour, so it’s not like “All” above. It’s an oddball because it’s mainly made with Scotch. Specifically Scotch from Islay.

Mixed with pure malt whisky from Nikka. So… this is pretty fucking weird, eh

Yeah. Scotch from Islay. So… should this be part of this line-up? Again I’ve screwed it up again. It’s not 100% Japanese. It’s… gaijin mixed with illustrious emperor’s whisky. Truly a slight against the kami.

Fuck it. At this point I’m just trying to get by. 500 whiskies deep and they are still surprising me. So Nikka takes whisky from Islay (and it’s probably from Bowmore, let’s not joke around).

Price: N/A at the LCBO at the moment

Someone run to Georgia (in the states), because the fucking peaches are all in this nose.

Kinda floral. Smokey, which it better be with Islay in it. Odd dram.

Seriously though, someone check Georgia, they might be out of peaches.

I’m a bit sucker for peated whisky, and especially Islays.

Spicey as heck. Spicey as dating a crazy girl in August during summer break. Fun, but might be a little bit much.

I think the amount of spice may be both of the whiskies having a similar profile in this one. Both are spicey and that could be making it way too spicey.

Conclusion: Good start here. Nice taste on it, and that’s probably the best part. The finish is a little bit too spicey. And the nose has WAY too much peaches.

I did enjoy it more than the All Malt, as it had more character, however I think it’s time to go back to the board if they really want it to be better.

Nikka Pure Malt Red is up next. I think I’m safe on this one. It’s a colour. It’s part of the Pure Malt series. It’s made up of Yoichi and Miyagikyo malts. Mainly Miyagikyo. Okay. No potential complaints.

Heck, this time I didn’t even… fuck, I just forgot what I was writing… oh, yeah… I didn’t even call this one a vertical this time, so /u/Loweel won’t lose his toucan.

Anyway…. where was I? Oh, yeah. This is 100% Japanese, Pure Malt blend, from two of the distilleries that Nikka has in Japan. I’ve covered my bases on #3. We’re all good here.

Maybe. It’s sherry casked, right? No? Shit. When did “Red” not automatically mean wine based?

Dammit. Okay, it’s really cereal based and strawberry. Which is quite nice. Like nosing Special K with berries.

Spicy. Reminds me of a sherried malt, not going to lie. Specifically one from the Highlands. Or maybe an unpeated Islay.

Really odd combination on the finish. It’s complex but it’s in a bad way. Like… half is a pepper steak and the other half is an odd fruity thing.

Not really what I want to eat, to be honest.

Conclusion: Slightly better than the All Malt, but not by much. I liked the cereal elements, I liked the strawberry, however that finish isn’t that great in the end and I wanted a little bit more for the price difference.

Well, at least this one fits the fucking theme this time. 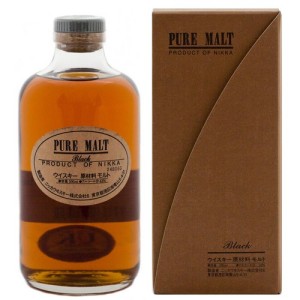 Nikka Pure Malt Black is up last. I knew the most about this one going in. I bought one of flaviar’s peated sets, and this came with it. So I know there is peat.

Good start. Also it has a colour and it’s a mixture of Yoichi and Miyagikyo malts.

Wait, isn’t the same as the last one? Fuck Nikka, give a cracker a break on this one.

Alright, they make multiple malts. And this one is peated, so that’s different than than the Red. And it may be a different amount of mix of each.

Price: N/A at the LCBO anymore

Yup, more peat in this one. More than even the white. Nice amounts of sweet candy and black licorice/butter mixture that I swoon at.

Like Toffee? Get in the Nikka Pure Malt Black van!

I do like toffee. The earthy parts aren’t really that great, but seriously it’s nicely balanced. Not super balanced, but good.

The finish is a little simple. Earth is nondescript. The raisin adds some richness to this.

A richness that truly the Emperor would love. Oh, did I do that joke before for another one? Oh well, it tastes like raisins, and that’s good to me.

Conclusion: It’s rich. It’s smoky, but not overly so. There’s some earth notes that are a little much, but overall this is the winner of this group. This… oddball group.

Buy this if you like smoke. And if you don’t mind earth.