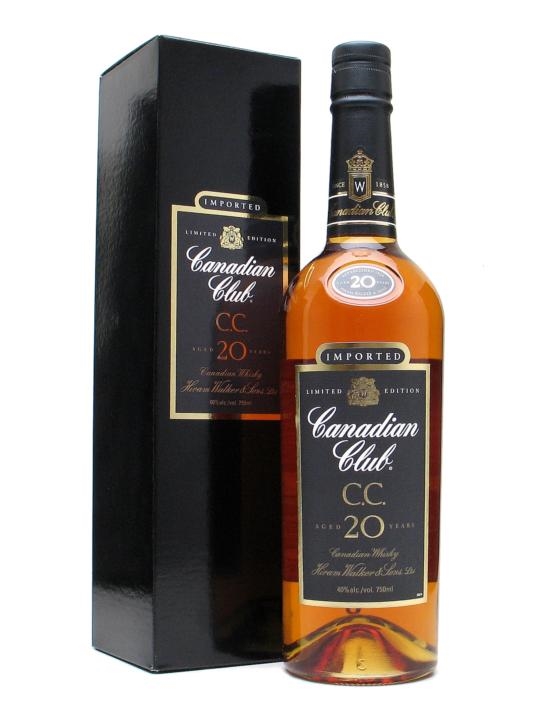 Thanks to /u/Boyd86 for the sample on this one.

I’m not going to lie: When I first saw Canadian Club 20, I compared it to putting makeup on a pig. Or the reason why Dustin Hoffman did Tootsie, if you want to be less mean. No matter how hard you try, there’s only so far you can go with it.

That’s not really fair of me. Oh well, guess I’m human after all. Don’t worry, you’ll get over it.

So I realized that I wasn’t being fair and traded for a sample of this one.

Canadian Club differs from other Canadian whiskies by barrel blending their malts. So this is the same as the NAS 6 year Canadian Club Premium, only left to age in the barrel an additional 14 years. No new barrels, just spirit that is distilled, vatted, and dumped in the barrel, liek some poor child after prom.

Well this dumpster baby is now in the age of majority, having seen the world and then some. Or maybe not. Canadian Club’s previous 30 year old has been talked about in circles as a masterpiece. I’d be the first to point out it’s probably due to the older Canadian Club juice in it, but that sounds quite cynical.

The elephant in the barrel, as it were, is the Abv on this one. It’s the legal minimum. I won’t lie, that gives me worries and the vapors.

However again, we should just move forward and see how this tastes. Otherwise we’re not being the best we can be.

Let’s get to the dram, shall we? 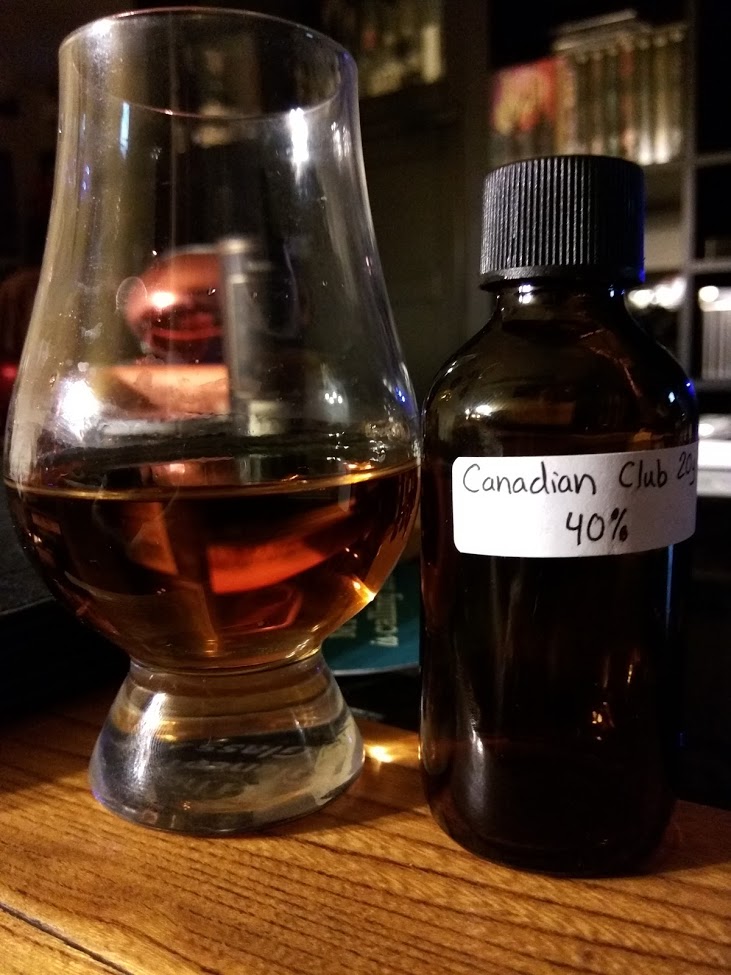 Not harsh is the first thing that comes to mind. And maple. Tons of maple. In pure Canadian fashion, where we can’t even sell Italian Waffle Cookies without there being a maple flavour, it’s a lot of maple.

As time goes on it dries up quite a bit. There’s some acid and spice that comes out. It’s not a big, bombastic dram, however still a nice nose.

Not… really much going on here. Tastes like a simple blended scotch, if I’m being mean.

It’s sweet, and a little salty, but also quite watery. It’s really, really trying to do something, yet almost like someone is waterboarding it.

There. I think that’s about the least suBtle I can be.

Long lasting finish. If it had more to it I’d be slightly impressed.

Conclusion: So I came into this being worried about the Abv. That said, I’ve had low abv old whiskies before and they have been quite good. This? It’s been watered down to a point where I wonder if it’s really worth it at all.

Don’t get me wrong: This is much better than Canadian Club Premium. But I’m just not impressed. It’s boring. And given that we have Alberta Premium bringing out 25 and 30 year olds that were just as limited and less expensive and better tasting, I think the minds down in Windsor need a new strategy.

Hypothetically, let’s say this whisky sold for $25 more, CAD. And let’s say it was 46%. I’d be willing to be it would fly off the shelves and be the next great Canadian Whisky of the year (for real this time, not due to stock options).

One thought on “Canadian Club 20”