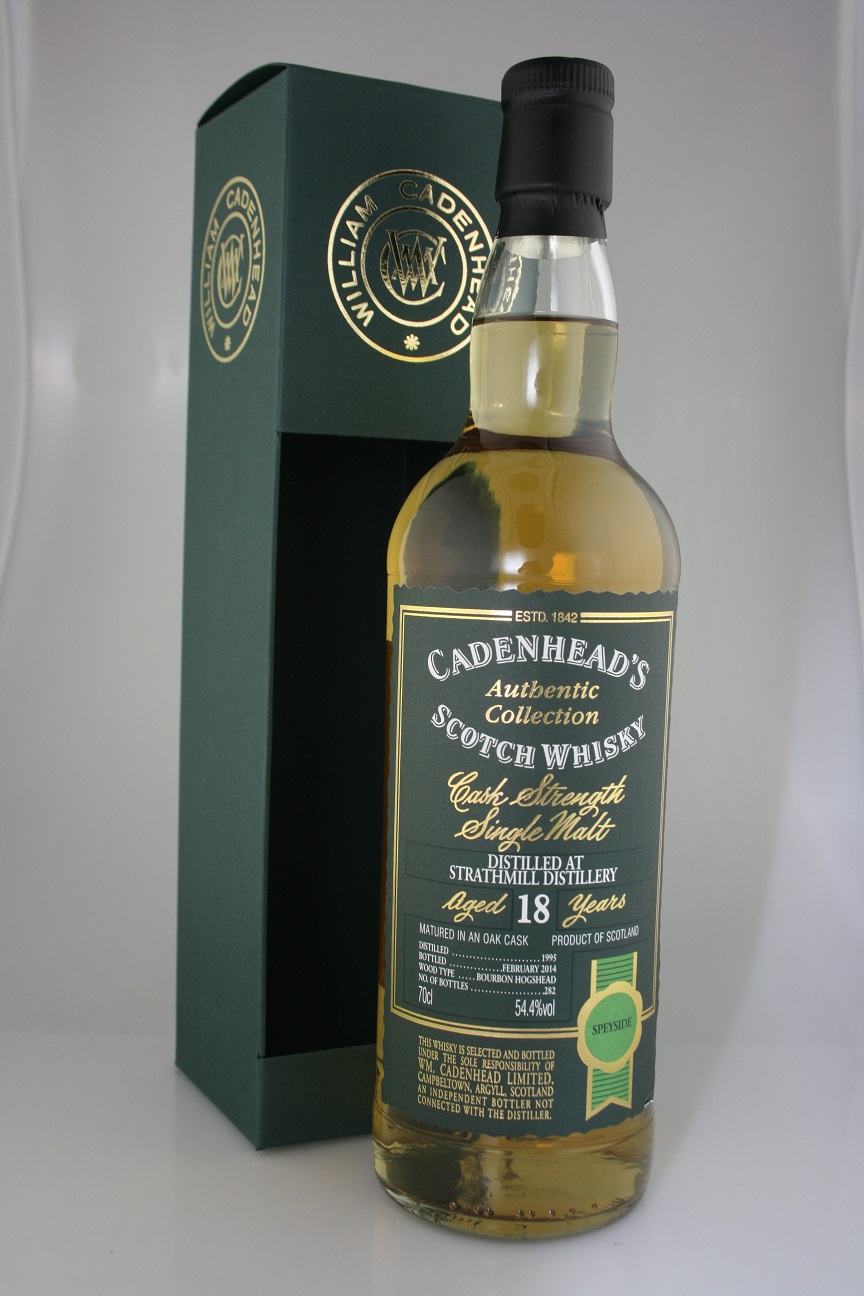 What the what? Is /u/TOModera just making up distilleries now?

No actually. Not until I find investors, change some local ancient bullshit laws in Ontario, maybe have the seed money myself, and meet a chemist. Until then I’m left not making ones.

You’ve probably never heard of Strathmill before. It’s located in the town of Keith with two other whiskies used in blends (Strathisla and Glen Keith). The difference being this one isn’t own by Chivas, and rather is owned by Pernod Ricard.

A Flora and Fauna release was brought out in 2001 one, and otherwise you’re having it in a blends like Dunhill and J&B or independent bottlings.

Like this one, Strathmill 18 Cadenhead’s Authentic Collection. Why did I buy it? Well OB samples from Cadenhead’s, and I’m a sucker for samples of things I’ve never had. Bought it on one trip to the UK, and then forgot about it until I recently resorted my entire mini collection.

I decided I’d review anything I missed sorting or that I didn’t have on my master list. Also I need to catch the fuck up.

So, this is typically only used in low-end blends. Let’s see if some more years and cask strength will pitch me a lost gem. 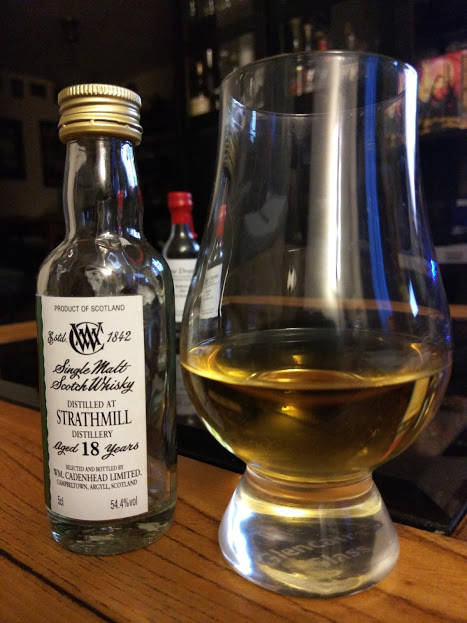 Price: N/A in Ontario due to the War

This is pretty odd. Starts out with a typical strong pepper note. Not odd for whisky.

Then it has a strong, tart note, followed by the smells you get while wilting spinach. Then it goes sweet to make coconut and a nutty, earthy blend.

It smells like a weird, old cup of herbal tea.

The flavours don’t blend well. Though the caramel and cashew aspects are nice together.

The more I drink this, the more I like the finish. The finish is what benefits the most from extra water or time sitting out. It really, really needs it, in this case. The earth and sweet aspects are really quite nice.

Probably the best part of the whole dram.

From what I’ve read, this is a hard malt to get to do what you want. It’s used in blends for a reason, lending one good aspect and hiding the others behind whiskies that can do them better. I’m not sad I bought the sample, though I’d probably avoid a bottle.

My score in this case is propped up quite high by a nice finish. I think you can get something similar in a cheaper wine though.