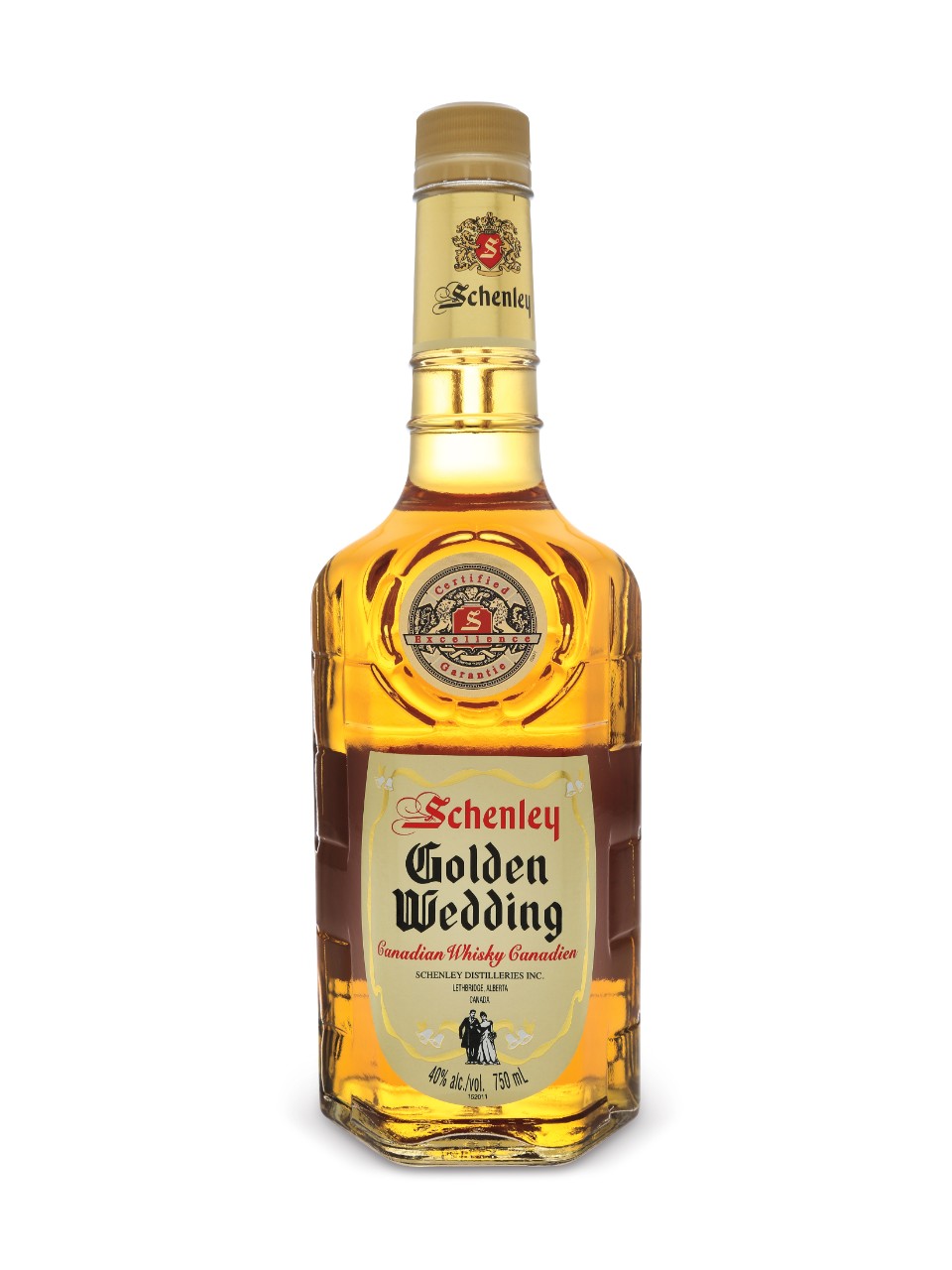 Recently went on vacation. It wasn’t to somewhere outside of Canada, thus there haven’t been any posts from me for awhile.

That said, I’m still a whisky drinker at heart, and even in the Savage Jelly Bean wilds of Newfoundland (see: St. John’s), I found some whiskies I have never reviewed before.

Or rather my wife did. Well, the first one at least. She went to the pleasant and fun named “Liquor Store” and picked me up a small sample of Schenley Golden Wedding.

Before you ask, yes we’re still happy together, no she doesn’t hate me.

This reasonably priced whisky is quite popular on the rock. Why? I really don’t know. Maybe they are one of the few companies that actually gives three minutes of thought to the Newfoundland people. Maybe there’s mind altering drugs in it that only work when mixed with wondrous sea air.

None the less, Schenley Golden Wedding started it’s life as an American whiskey, and was then bought and they dropped the e, moving it to Canada. It’s been made from Quebec to Alberta, moving from company to company, keeping it’s standards the whole time.

So… let’s see what it tastes like, shall we? 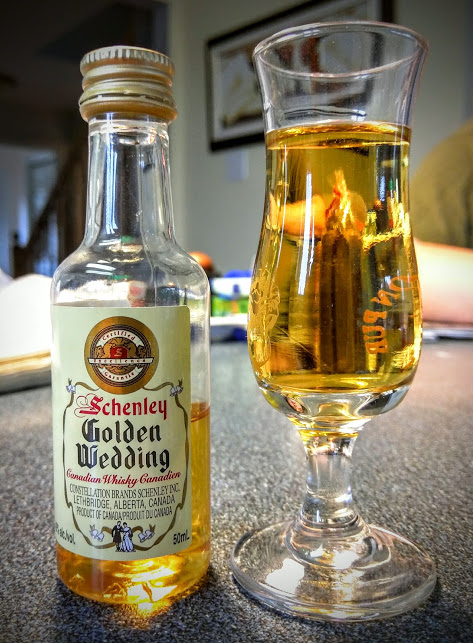 Light. I’m not using a proper glass, I know, but giving it a lot of time doesn’t really help. I get some nose if I touch my nose to it. So… there you go.

Not as astringent as expected. Has some rough parts.

Okay, so it’s a watery Canadian whisky. I’m not going to lie, you can probably stop there and you’re fine. It’s made to be mixed and that’s all.

However… and I really can’t believe I’m saying this… but there is this floral and earth element that actually has a nice taste. Don’t get me wrong: It’s mired in water, alcohol, and maple extract flavours. That said, I’m surprised.

It’s somewhere between a rough bourbon and a rough Canadian whisky. There’s rough, rough elements. There’s also hot, nice elements. The nice is far out shined by the rough.

Conclusion: I don’t come to bury Schenley Golden Wedding, I come to praise it. It’s a cheap whisky, try, however there’s just enough care to make your ears perk up. It’s not great. Heck, I’d question anyone who drinks it straight.

However it’s not the worst whisky out there. Not by a long shot. And I can see why some would love it. So while I may pass, and leave this on the Rock, I still enjoyed the process, and am glad I tried it.

One thought on “Schenley Golden Wedding”