Went back to L’Île Noire Pub because I was in Montreal and it’s a great pub and they have a ton of whisky and gin. Great place, good prices, good staff.

Oh, and sorry to www.whiskymontreal.ca for blatantly stealing your image. You are the only person who has taken a picture of this whisky. If you want it gone, I understand, just message me and I’ll remove it on Reddit, Imgur, and my blog.

So it’s a Lowland that I chose first. Because that’s what you do.

And I chose this one because… well, I’ve never had it before. I’ve had other Littlemills. I’m quite privileged in that regard. This one is Littlemill 20 Old Malt Cask.

I’ll be honest, at the time of writing this I’m fighting a pressure headache that I can only now assume is some sort of vengeance from an angry sprite that I peed on. 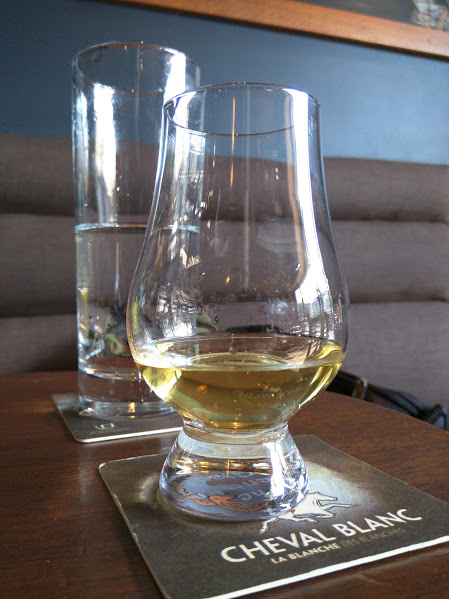 This one is interesting. My initial thought it “Okay, typical Lowland Profile of flowers and dollies that a sissy like me loves.” And then I beat myself off while calling myself a dirty little girl.

After that was done, as we all do, I tried it again. As time goes on, it has more of a gin note to it. I assumed at first it was due to my wife’s gin and tonic. However when I sat down at another table, I was slapped because I sat on some ladies boyfriend.

After that, when I was away from gin and hitting on other people, I did note the gin notes. So I wasn’t crazy… this time.

Not much interesting going on in the taste. Gone from the gin notes or the floral, it’s closer to a Speyside flavour. Reminds me of Cragganmore 12, but less interesting.

Finish is quite dry. Takes a different direction again. No citrus, more earth, slightly sweet, and almost has a generic finish.

Like this whisky wanted to start strong and then say “fuck it, Cs get degrees”.

Conclusion: A whisky that starts out strong, has a really nice nose, and then an okay taste and a “meh” finish. Not surprised at all. You can wow people with a nose, and then don’t really have to do much more, and this is the case.

I’ve had better from this distillery. It’s interesting, but beyond the nose, I wouldn’t buy a bottle. I’m glad to have tried it, but it’s a skip.

And now for sweet, sweet release from this headache by destroying the moon.