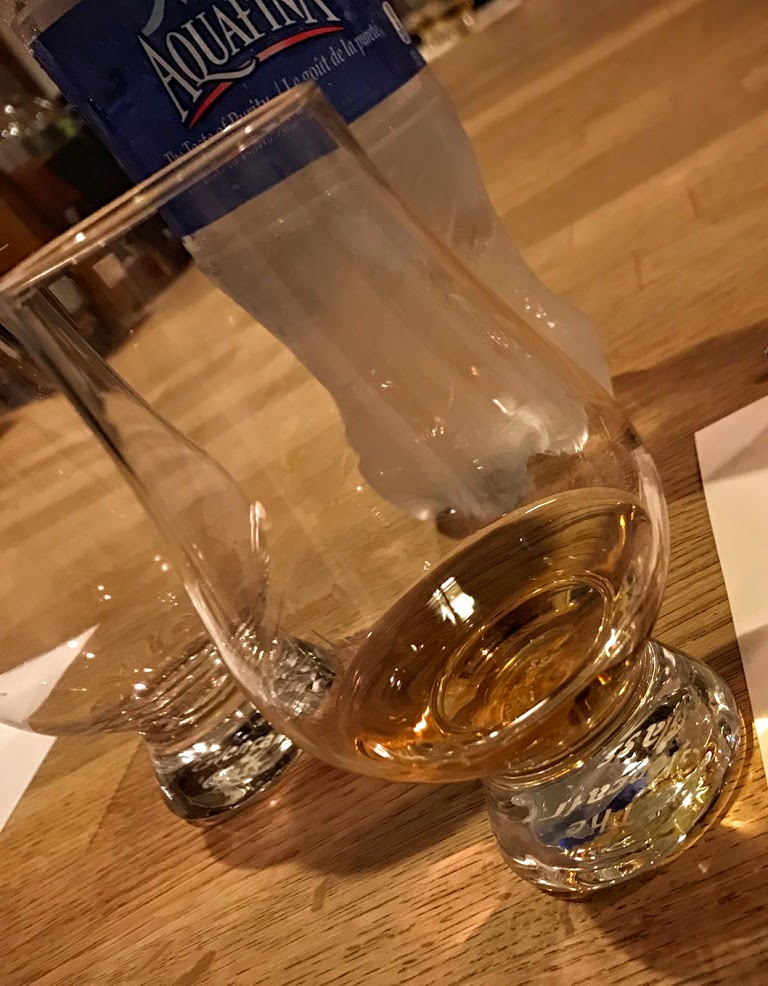 Thanks to /u/xile_ for these and other samples. He had an order come in. Guess from where?

If you guessed he bought it from Keg n Cork, then congrats, you’re still able to read. Congrats. Or this jumble of words are being dictated to you. Or you are just guessing so far. Either way, give yourself a pat on the back.

But what if we had a single barrel of it? I certainly haven’t yet, which is pretty interesting because I’ve had a shit ton (scientific term) of whisky. And I haven’t had one.

Until I tried this dram of Glenfarclas 15 Keg n Cork Barrel Select Single Cask. I had the privilege of getting to try one of the refill sherry casks, rather than having it mixed together. And there’s nothing wrong with what Glenfarclas usually does (as a lot of my reviews will attest).

Instead it’s actually nice to see how the sausage is made.

Side Rant: I don’t like that saying anymore, “Like watching the sausage getting made”. It’s odd, but somehow we’re afraid of the truth. We know sausage is created from meat. Why is the truth so unpleasant? If you can’t handle what went into it, then you have to question what you really like. We’re living in these sad utopias of ignorance as to what we enjoy and what goes into it. And we think we should keep these crystal castles whole rather than opening our eyes up and learning these things again.

Sorry, just a personal rant. I’m as guilty as everyone else. I’m excited to hear about this particular sausage. Let’s see how it tastes, shall we?

Big sherry notes. I know, right? Big surprise. We can all go home, he’s said it. Wrap it up folks!

There’s more unctuous spice notes. Almost minty, which others said, but I found more anise and lemongrass. I like the sulphur amount here. Adds a nice element to the nose.

Thicker mouthfeel over the Standard 15 year. Really thick. Like a bowl of oatmeal on the burner for just long enough.

Very much a dessert dram. It’s quite sweet, with rich sweet notes that vary from a brown sugar like dessert to a light, sweeter dessert with creamy tones.

I’ve had this gravel flavour before in Glenfarclas, and while I do really, really enjoy some of the other flavours, I skid out on the gravel.

Beyond the gravel, it finishes with a almost Pinot Noir finish, which is new and different. Quite tasty

Conclusion: The question on everyone’s mind: Yes, this is better than the standard 15 year expression. And my own bias again is against 15 year olds, because of Chris Hansen. I mean, because I just don’t like them.

This is more rich, has a better mouth feel, and a more interesting finish. It’s not without faults, of course. There’s some woody and gravel bits, and the finish is disjoint in some ways. This is worth buying, if only to see how the sausage is made and to enjoy it.