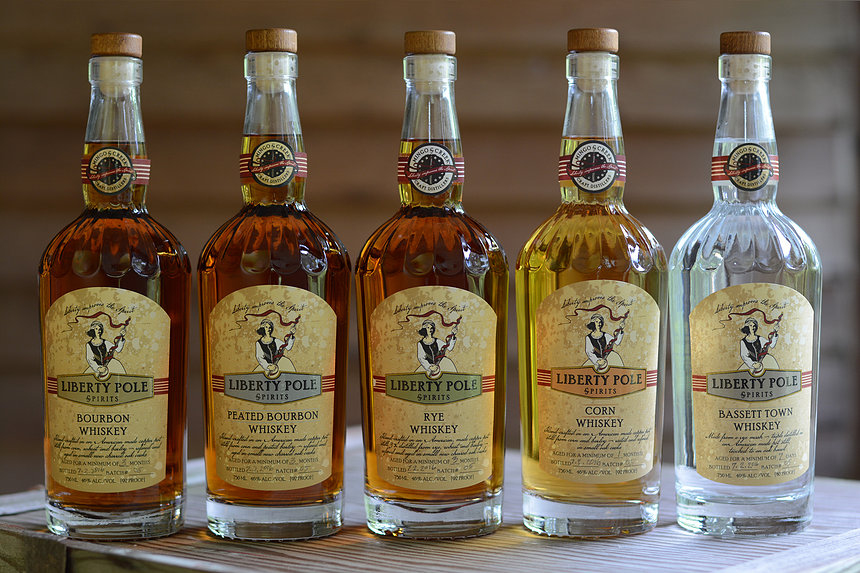 Thanks to Liberty Pole spirits for the samples. I appreciate the chance to try your whisky.

Liberty Pole is not the name of a strip joint in Pittsburgh. Well, it might be. However we’re not talking about that today.

And because they were Scotch-Irish, they had a higher chance to know whiskey making techniques. Slightly.

Later on the government tried to tax whiskey, which of course the people saw as a tax upon their money since they were bartering with whiskey. They banded together and became the Mingo Creek Society.

They planted Liberty Poles throughout the county.

I have to say that if I was paid in whiskey it’d make life easier. Until the starvation kicked in.

And within Washington Country, Pennsylvania, Liberty Pole spirits was founded.

The craft distillery is 100% family owned. They used 5 and 10 gallon barrels (char #3) for the current products to hyper age them to allow them generate revenue. They’ve since changed to 15 and 30 gallon barrels and are now working on aging whiskey for months and years.

So let’s see how these are, shall we?

Liberty Pole Bassett Town Whiskey is named after the original name of of Washington, PA. It’s a colonial style whiskey that is triple distilled. Also it’s aged for “as long as it takes to get it over the mountain on the back of a strong horse”.

That’s less than a month. I don’t know the actual strength of the horse or the size of the mountain. However on the front it says a minimum of 7 days. I’ll assume you’ll do your own homework and have it to me by the end of the day. Marks are worth 20% your whiskey collection.

Wear something old, get your high green patch boots on, and grab a hoe, it’s farmland.

No, I’m not joking, this smells like the farm in the morning. After a night of drinking. It’s rough, though has an interesting amount of complexity.

Starts off with a lot of spice. Actually only spice. Then a little apple.

And then just alcohol, which other than a little bit of the spice, is all that remains. It’s pretty rough.

Finishes with earth and sweetness. And alcohol. If you aren’t ready for white dog type spirits, this is very much one of them.

Conclusion: I’ve since decided to stop ranking white dog recently. I appreciate this for what it is: It gives me a cool idea what the initial spirit tastes like before trying the rye.

It is very farm forward, which is different from other bourbon’s I’ve had. The triple distillation is quite interesting as well.

Liberty Pole Rye is the above Bassett Town Whiskey, bottled at a higher strength, with a taller mountain and a weaker horse.

Interesting mashbill. Lower rye than I’m used to, and more wheat in it to soften it out (presumably). So let’s see how it tastes after at least 11 more weeks in a barrel.

It’s not a surprise that this is triple distilled. That bready note I find in Irish whiskey is here. It’s quite young. There’s a lightness to this. A little bitter. Some fruit and dry notes.

Little weak on the taste overall. Very young, again. Lots of dry coconut, and weak orange flavours. Not as much spice as other ryes.

This has a rough taste at the end. It’s rough, earthy, and some burnt elements. There’s a start of something really tasty, and then… ouch time.

Conclusion: This really does try. The additional weeks really show. This has elements that are starting to develop that I’m interested in.

It starts and then stops. Doesn’t last long. This needs time, patience, and has a long way to go.

That said, this could be an interesting earthy, floral, and fruit notes. 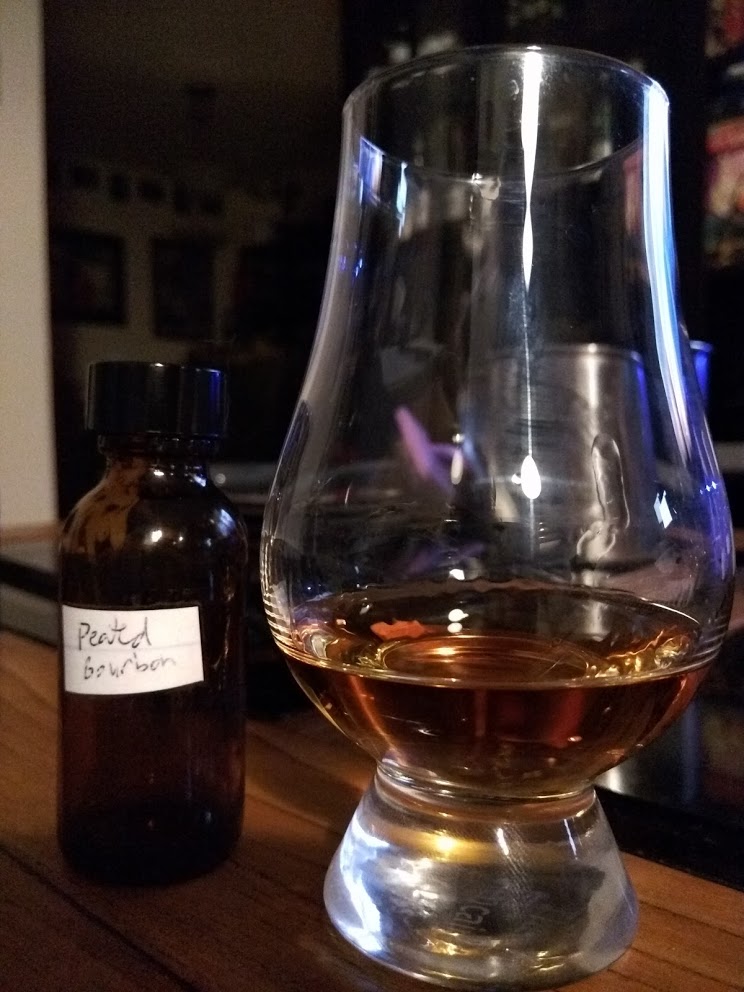 Liberty Pole Peated Bourbon is an interesting idea. They take Bloody Butcher Corn and then a mix of barley malt and peated barley malt (from Scotland).

For those who also wondered, Bloody Butcher Corn is an heirloom corn that has been in the US since 1845.

It’s blood red too, so it’s great for you goths.

Interesting. At first this has an interesting smoke and oak area. It goes to a dry, then it becomes a little dusty… So I keep nosing this. And then… a really rough note shows up.

I think the young spirit exerts itself and nose-bangs me.

The peated element here shows up on cocoa, some light corn, and vegetables. It’s all interesting, however simple and light.

Honestly thought this was Canadian peat at the end. Smelled quite young, really chemical like, and briney.

Conclusion: I really do appreciate this for what it is. It’s not cheap peat, it’s an interesting barley to use, and really quite tasty. It’s different than the rye, and while it has more and more rough notes, it’s doing something.

I want this to age more. I want to see what happens when a bourbon has a ton of peated barley malt. I don’t think it’s doing the right stuff now.