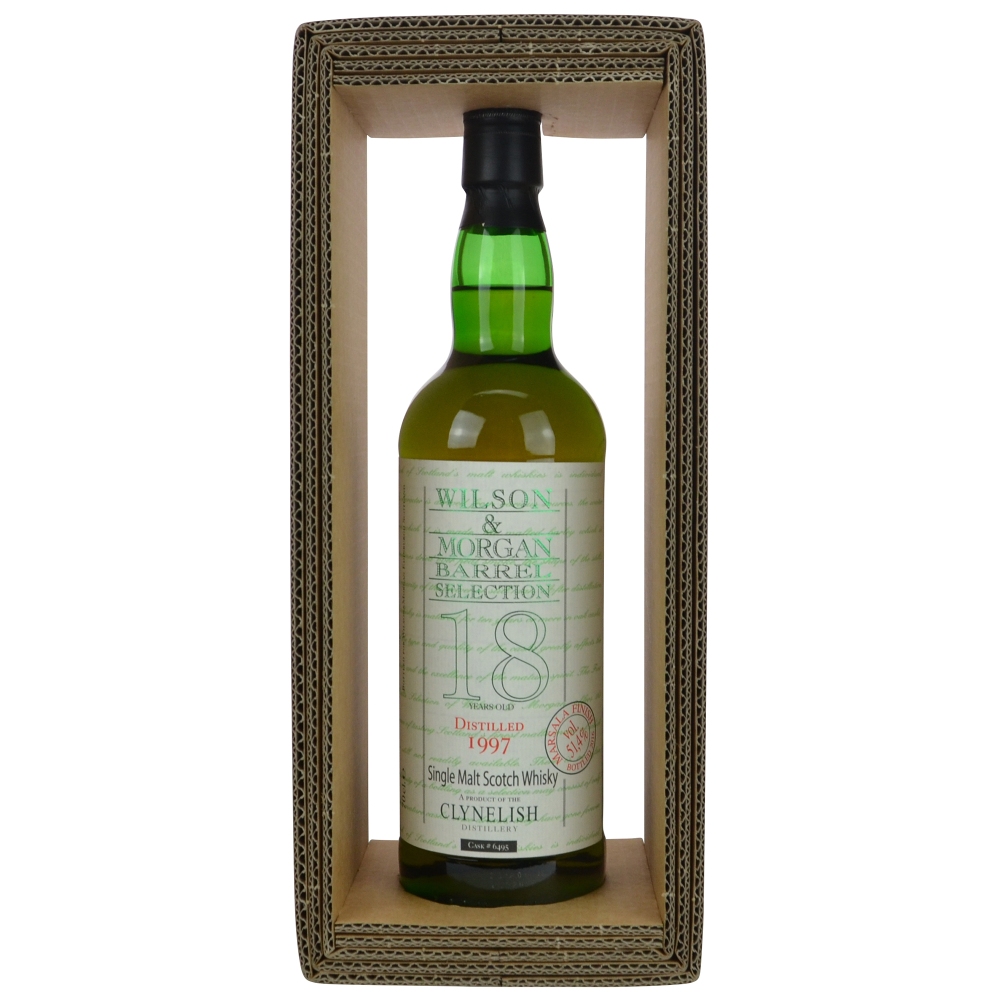 Pop quiz punk: Two of your whisky friends keep talking about how Clynelish is good, as long as it’s finished, and you’ve only had ex-bourbon casks. They go in on a split: What do you do?

Well you shoot the hostage. Duh.

That scenario played out so quickly a few months ago that I basically gave into peer pressure, paid my portion of the bottle, and then promptly forgot I ever bought it. At all. When the bottle came into the store and was picked up, I was handed a bottle.

And I was confused.

That’s why I, someone who is picky about his Clynelish and not a big fan of Highland malts, ended up with this.

Clynelish Wilson & Morgan Barrel Selection 1997/2016 is quite the mouthful. For quite a few people, they are wondering what’s going on here.

Clynelish is a Highland distillery. The current one is the new version and the old version was re-opened and called Brora and then closed. Simple, right? This stuff is used in blends, specifically a lot of offerings from Johnnie Walker and those kookie kids down at Compass Box.

Wilson & Morgan Barrel Selection is new to me. But heck, what isn’t, right? Contrary to their stereotypical Anglo sounding name, they are an Italian company. Or they say they are “the italian way to Scotland’s finest Whiskies”. So maybe they are Scottish. The website s not helping me.

I finally found part of it that speaks to where they are from. In 1992 they started up, and aimed to finish different whiskies in port, rum, or Marsala casks. It’s an Italian family that owns it.

Which leads to the next thing, that I didn’t list: This is Marsala finished. It’s originally imported as a cheaper alternative to Port or Sherry. It’s nuttier, sweet, and fragrant.

And I can’t remember if I like it or not. Oh well, bought it, may as well review it. Let’s see how this tastes. 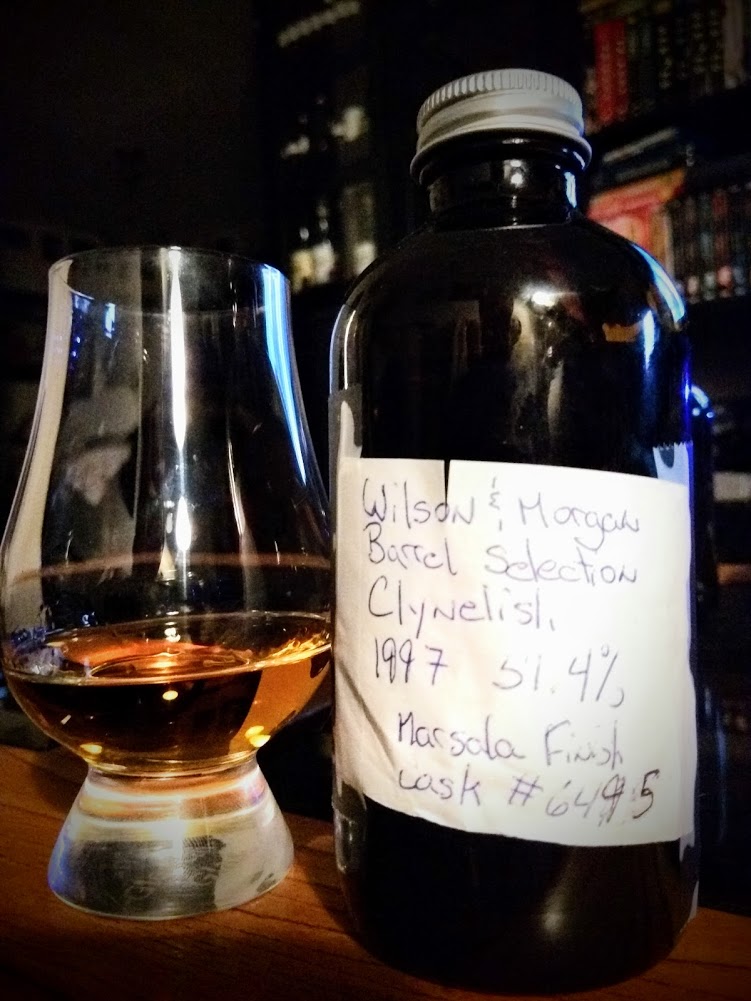 Odd nose. Where I’m used to a waxy, honey like flavour, this has more caramel notes. The nuttiness of the wine is very present. It’s sweet smelling as well.

Then there’s odd notes that I have a hard time describing. Teak I’ve only had in Sri Lankan arrack. Which I’m assuming half of you are guessing I mean a anise liqueur and spelled it incorrectly and the other half don’t know what a Sri Lanka is.

At first this is just a really dry, odd Highland. Given some time, there’s meat, hot spots, what tastes like alcohol well blended with the hot spots, and cereal.

So basically I’m confused as to what I’m drinking. This is odd. I like it. The wax works.

Again, starts out quite subtle. Lots of herbs. Then it opens up more and more and… what is that flavour?

It takes me the better part of the tasting to figure out the tamarind flavour. Mostly because I don’t typically have tamarind unless it’s in Indian food. So I was wondering what part of a food I was having, and my wife isn’t the biggest fan of Indian cooking (loves the people though) so she was lost and I was staring into my soul and found inner peace and them BOOM! Recognized it.

Conclusion: This is quite unique. Well put together. Overall a nice dram. The Marsala wine has taken over the whisky, that’s for certain. While I question if that’s a bad thing, there’s still aspects of the Clynelish coming through.

If you’re a diehard Clynelish fan, it may not be for you. That’s evident. However the different flavours, the nice balance of sweet / dryness, the aspects that taste like a dry white wine, and really the twists and turns and eventual inner peace are all aspects I enjoy. It may not be amazing, but the collection of unique aspects makes it that way.

Try this if you have the chance.