Thanks to UncleTobys for this sample.

Going to start this review a little bit different.

So I reviewed this whisky blind. I’ve heard of Limeburners when people talk about Aussie whisky, but didn’t know much.

This came as a surprise in a swap, and I just got to it. Reviewed it, enjoyed it, was surprised at the low Abv.

Then went looking for an image. Which was very difficult. Finally found one on Facebook, and I was happy once more. However the image was from the Queensland Whisky group (I think) and they had a write up.

In which they noted this was not the favourite of the day. Rather some people had noted it tasted like dried dog food.

So I’m in a bit of a rough spot. Because I’m known for having a Popsicle stick for a tongue. However I enjoyed this one.

So let’s just talk about the whisky then. I’m saying this in the preamble because while I enjoyed this, I can see where they are coming from, and it may be another situation where I enjoy this and few others will.

Limeburners Single Malt American Barrel M197 is, from what I can gather, a single cask barreling of the standard ex-bourbon Limeburners. This one was bottled at a lower than normal alcohol content.

And that’s the best I could find on it. So let’s see what I thought. 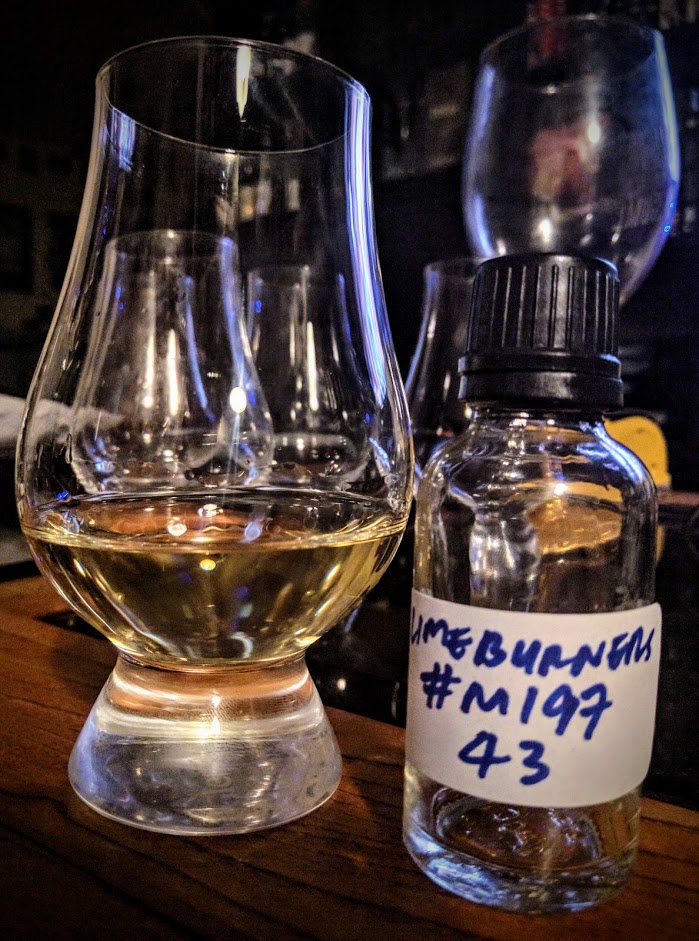 Interesting nose. Lots of pear and lime tart off the bat. Given some time, it has a lot of sugar, some cheesecake, and then eventually faint aspects of more baking.

I’m surprised, personally, at the strength of the nose. Given the low Abv, I would have assumed it wouldn’t be as pronounced. Also quite unique. If you love key lime pie, this may be for you.

Mostly fruit here, but again, really unique. I’m getting creaminess, lots of lime flavour, and even some mint to round it all out.

The fruit aspects are somewhat muted though. I wish this wasn’t as watered down as it was. Feels like a lost opportunity.

And here’s where I agree on some of the dry dog food notes. Ignoring the baking and fruit notes, there’s a dry, almost meaty but not quite note here. It’s aloe, and graham cracker.

I’ve also bought dog food that has yams in it, so I can see where that note comes.

So here’s the odd part: I don’t mind this. It reminds me of an aloe drink and a poorly made cracker crust. The white chocolate and pear saves it for me.

Conclusion: This was an odd one. Thinking back to it, I enjoyed it mostly because it was so different. The lime aspects, the tons of fruit, the creaminess, and even the odd finish.

It would be polarizing. If you’re used to stronger whisky, especially the strength of which Aussie whisky can get, this won’t be good. That said, I’m used to Canadian whisky, so it’s quite nice to me.

I definitely think this is worth trying before buying. The mixture of flavours is an odd one, and put together can be a baker’s brunch or a dog’s breakfast.