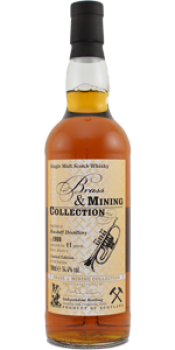 Thanks to /u/whisky_lads for the sample.

Over the years I’ve mentioned that the Highlands are not really my jam. Why? Because I can’t speak properly and usually use old terminology to hide that.

But also because Highland malts, as a complete unit, have not been my go to. Now granted, over the years I’ve had some distilleries that have challenged that belief. Brora, Edradour, GlenDronach, and Glengoyne come to mind.

And it’s in search of these new “gems” that I’ve hit 100 Highland reviews. Which I think is pretty special. And to celebrate that, I’ve decided to review Macduff 2000 Jack Wiebers Old Mining Collection.

Yup, a distillery I’ve never had from an independent bottler from Germany named Jack Wiebers. I sure know how to set up a celebratory malt.

In all honesty, I didn’t know I was about to hit 100 until I started writing this.

None the less, this is in the spirit of how I drink Highlands. I try new distilleries in hopes that they are liked.

Macduff is a young distillery that sometimes calls itself Glen Deveron and other times calls itself Macduff. They’ve switched so many times that it’s hard to keep up. You don’t know if they are coming or going. They make the sexual identities of Tumblr teens seem consistent.

They are also owned by Bacardi through the acquisition of Martini & Rossi. Thus we see some of them, but not typically.

Let’s see how this one tastes, shall we? 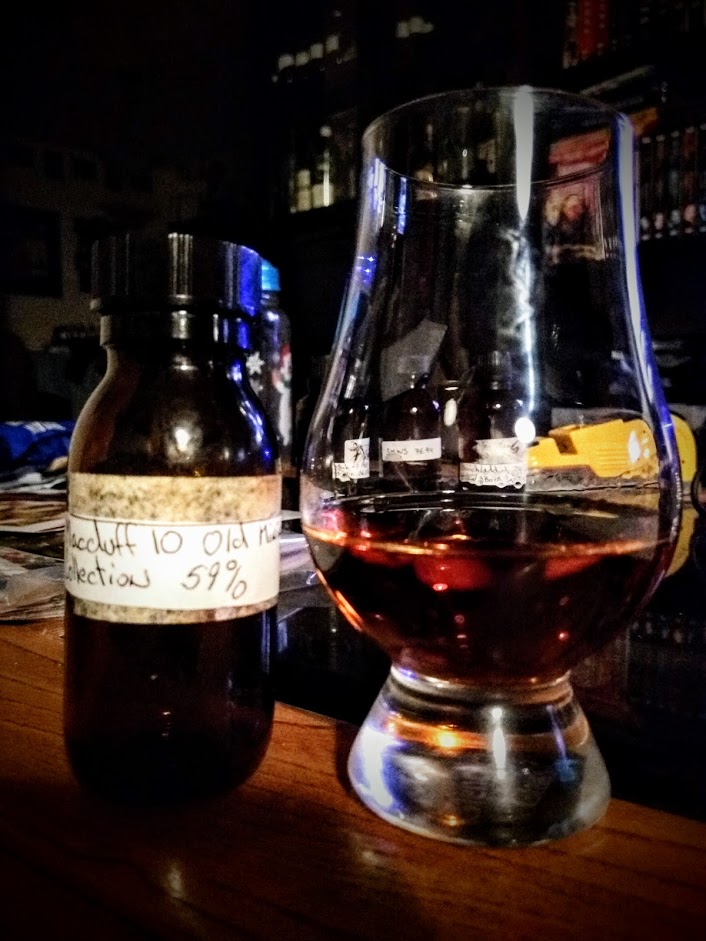 Fruit dominant and sweet. Very sweet. Has some butter notes that are quite nice to nose. Spice emerges given time.

This is a brash little sherry bomb, that’s what this is!

Or not. Maybe I jumped to conclusions too quick. Now it’s really nutty. It’s a nut bomb, and not the type I’m used to in my mouth.

Starts out really spicy. Honestly you need to take a second to get past the spice. Then it’s earthy and nutty. Really tasty.

And back to being a sherry bomb with butter at the end. The Wasabi peas part takes over most of it, truth be told.

So it’s interesting to have a unique note like that, however it’s also annoying because this in unbalanced.

Conclusion: Good, interesting nose. Maybe too much fruit. It’s different, but maybe needed more time to develop past “Welcome to Pie Town”. The taste? Nut bomb, through and through. Dry, earthy, odd, I liked it. Creamy at times.

The finish was back to the sherry bomb, however it’s unbalanced. Unique, tasty, salt and sulphur, but has flaws.

Really what this is, at the end of it all, is a young, hot, powerful sherried dram. It has unique bits, rough edges, and you shouldn’t have it around children. I liked it for that. Is it amazing? No, there’s better sherry bombs. Is it unique? Yes, and for that it’s worth a dram.