Thanks to /u/boyd86 for this sample.

Wemyss. i can honestly say I haven’t had anything from this independent bottler and blender. Which says more about me then them, if we’re being honest. I really should get my shit together on that.

Wemyss has two different lines: Their Single Casks, which have cool names, and their blends, which also have cool names. And now come in Cask Strength varieties as well.

But cool names aside, who are the Wemyss’s’s’s… Wemyye… Wemeriners….. fuck. Who are these people?

In the 19th century, when this whole “Scotch fad” started, John Haig built his first distillery on land owned by the Wemyss family. They later diversified from being just landed gentry to being independent bottlers who aim to make things easier for the lay person. Thus they use fun and descriptive names to sell their malts.

Of their blended malts, Wemyss Peat Chimney 12 uses an Islay malt as the main ingredient to give you sweet smoke. Well, according to the website. I’m not saying that until I try it.

So there’s no grain whisky, it’s mainly smoke, and they seem to give a damn about whisky. Sounds like a good combination. Let’s see how it tastes, shall we? 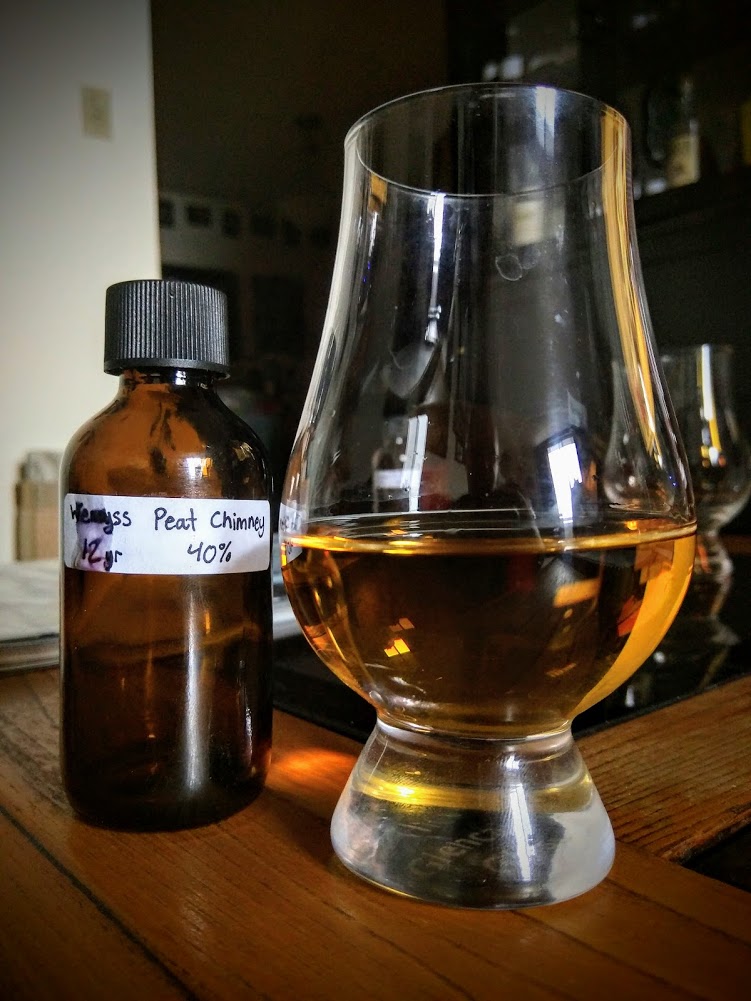 Okay, it’s sweet smoke on the nose. Points for being accurate. And note I don’t read up on the malts before trying them, so it’s not a psychosomatic thing going on. Unless I truly belief chimneys smell like stone fruit, ash, and butter.

Which I don’t, just for the record. I know they smell like rainbows and safe childhood pyromania.

Good balance of earth here. Nice nose on this one.

Okay, this is odd. It’s watery, which is too bad. Off the bat, I feel they should have made this at least 43%, and crossed a quality/quantity line with the abv. based on the mouthfeel.

And the relish/onion notes are odd. Not in a necessarily bad way, just in a “I didn’t know I was having a Gimlet” way. Like when someone tells you your chaser is water when it’s actually vodka.

So I want a hot dog while drinking this. I’ve come to that conclusion. There’s a sweet/smoke mixture with some acidity that my brain takes in as “ketchup” and I have a hard time divorcing myself from.

Add to that the relish from before, and I want you to take me out to the ballgame, and not in the homosexual connotation of that meaning.

Suffice to say, the vinegar aspects added with some of the acidity and sweetness are off here.

Conclusion: It’s an odd one, and a little too watered down for my tastes. I feel like this has the unique aspects but they’ve been buried under by water. Instead you get weird flavours that don’t exactly work.

It’s not bad. Heck, I’d go so far to say that if you can’t handle grain whisky blah then this is right up your alley. However I can’t look past really odd notes mixed with sweet aspects. I want to try the cask strength to see if I’m correct on this one, as I assume it’ll have more developed parts to it.

One thought on “Wemyss Peat Chimney 12”