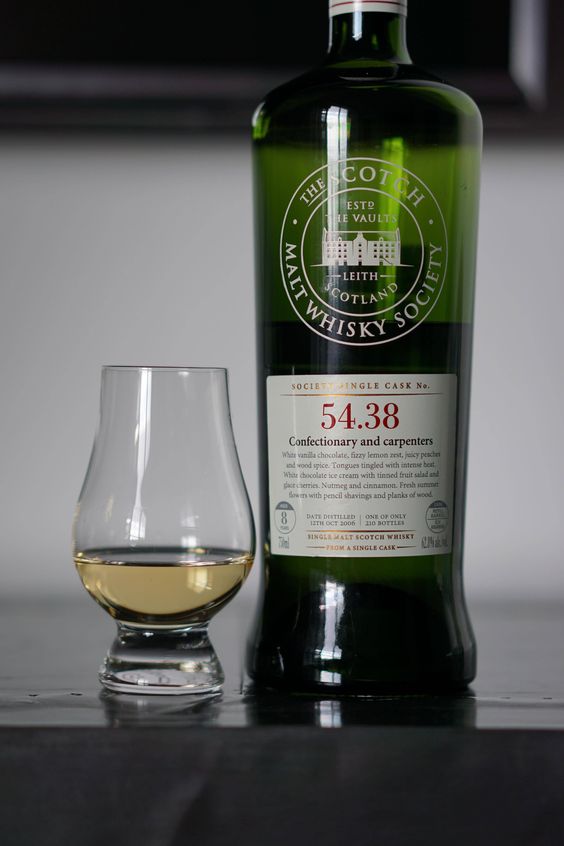 When one says “Aberlour”, what comes to mind?

If you said “Sherry Casks”, you may have thought I said Glenfarclas. Or maybe not.

If we look through the Aberlour line-up, it would seem that they have stocks in the Spanish fortified wine market. Or rather they’ve figured out their juice melds well with some sherry influence. And there’s nothing wrong with that at all.

Imagine you met someone who knew they were good at carrying things. You wouldn’t give them heck for taking a job where they carry things. Rather you’d pat them on the back and congratulate them for figuring out what they want to do. And ask them to carry your stuff.

The same goes for Aberlour. They’ve figured that sherry helps, and stick with it.

However, that does leavethe question that Homer once asked: ” It makes you look like you’ve got something to hide…People are talking. Lots of people.” Yes, Homer was talking about Ned’s moustache, but we see Ned shave it and people love it.

So what if we took the sherry away from Aberlour? What would that be like?

Lucky (or not) for us, we have Aberlour SMWS 54.38 “Confectionery and carpenters” to answer just such a question. This young malt is aged in just refill ex-bourbon barrels, and then served up at cask strength.

Could it be a hidden gem? Or maybe, just maybe, someone knows what they are doing at the distillery? Let’s see.

Light nose. Even at the high abv, given time or water, this is a very light nose. It really takes a lot to scrape every note I can from it.

Barnyard scents take over quite a bit. And coal. It’s quite earthy with sharp sweet notes popping up.

Sweet forward. Young. Has some spice, but not enough. And some tropical fruits, which are nice, but again, not enough.

Actually I think “not enough” is the situation here, neighbourino. It needs to go to “Hi-diddly-I” but it doesn’t quite get past “Hello”.

Finish is nice, but again youth is rough here. It starts up with more and more spice. Finishes like an oatmeal raisin cookie. Which for some of you may make you swear to heck and darn it all, but for me I like it.

Again though, it’s not quite getting there.

Conclusion: Almost. Don’t get me wrong, this is a nice dram, but it’s not blowing my mind. It should be, given the alcohol percentage or the fact it’s from SMWS. But I think there’s two things going on here.

Does that mean I’ll never try an Aberlour without sherry again? You must not have been reading my reviews. Hells yes I will be. But like some distilleries, this malt needs a sherry cask. It excels with it, so why go without?

One thought on “Aberlour SMWS 54.38 “Confectionery and carpenters””