I have a little bit of a confession, as a Canadian whisky drinker. I prefer Wiser’s 18 over Wiser’s Legacy in blind taste tests. I’m a bad person. I’m an okay otter.

So when members of the TWS recently visited Wiser’s for a very special tour. Wiser’s were nice enough to give parting gifts, including samples of Wiser’s 18 Cask Strength.

At this time, this whisky is not going out to the public. There are no plans that I or other know of to bring out Wiser’s 18 Cask Strength to the public. We’ve heard that it’s not easy, due to a mountain of paperwork from the LCBO to even consider releasing something like this.

Not to mention there’s some other things to think about: For instance, is Wiser’s 18 strong enough to support a cask strength version? Do they make more money if they just release the standard, non cask strength version? Would it be better to leave them in the casks for a few years, and release something else?

And how does it taste? Let’s get into that, because it matters more. 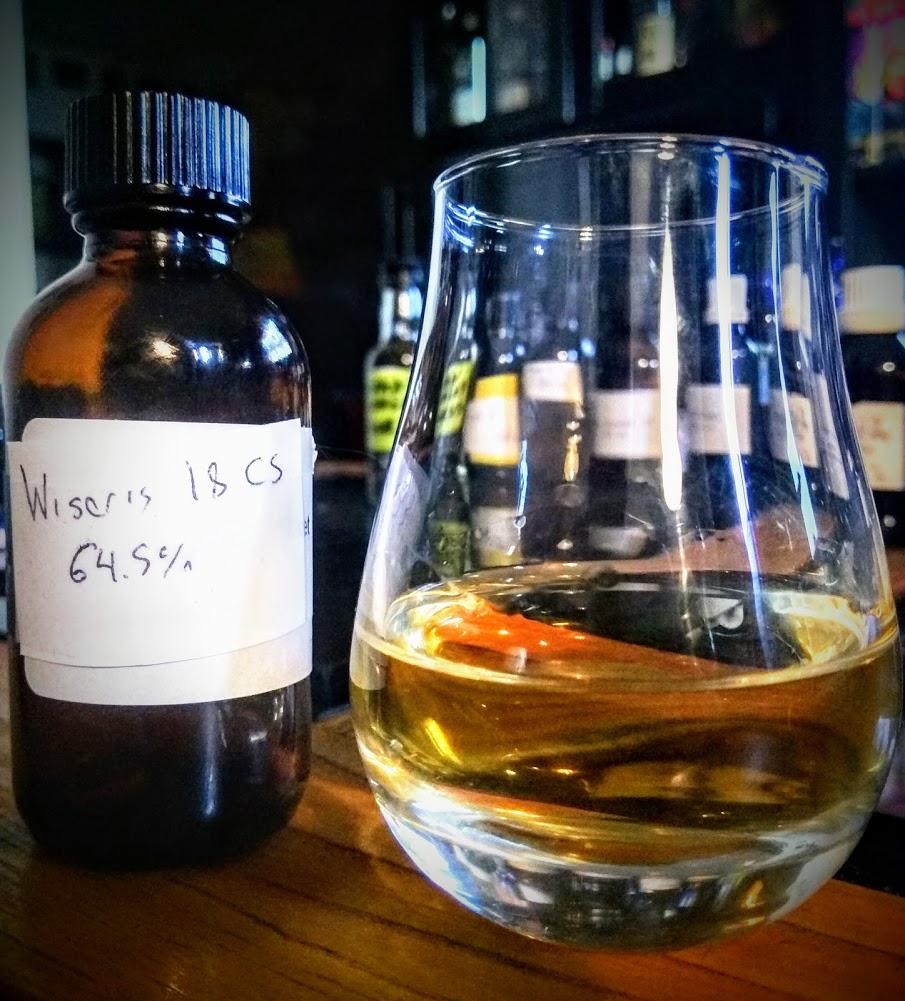 The nose on this whisky makes you say, out loud, the words “and then…” You’re waiting for a richer note. It has these light flavours.

I’m not genetically disposed to taste cilantro as soap. But after awhile there are notes I’m having trouble figuring out what it is. I keep saying “herbs” but it’s more distinct than that.

Big sweet notes. Good amount of earth/sugar notes. Somewhat hot on the taste. It is quite strong. Good pairing notes throughout, with the caramel and apple and banana being some of my favourites.

Good mouthfeel, overall. It’s odd to get pine from an older malt. I can see why this wasn’t released before, because I’d almost say it needs more time.

Conclusion: It’s a nice dram, and an upgrade from the standard. But would I release this as is? No. I’d do something else.

My first thought it to take either a port cask or a sherry cask (first fill for sherry) and finish it. This has some interesting, fun sweet notes, but the rough edges need smoothing out. It needs extra time, and something to complete it.

Try that, maybe release it as a 20 year, and this will work. Heck, even something really odd like a coffee barrel finish may work out as well, or even a cocoa cask.

One thought on “Wiser’s 18 Cask Strength”