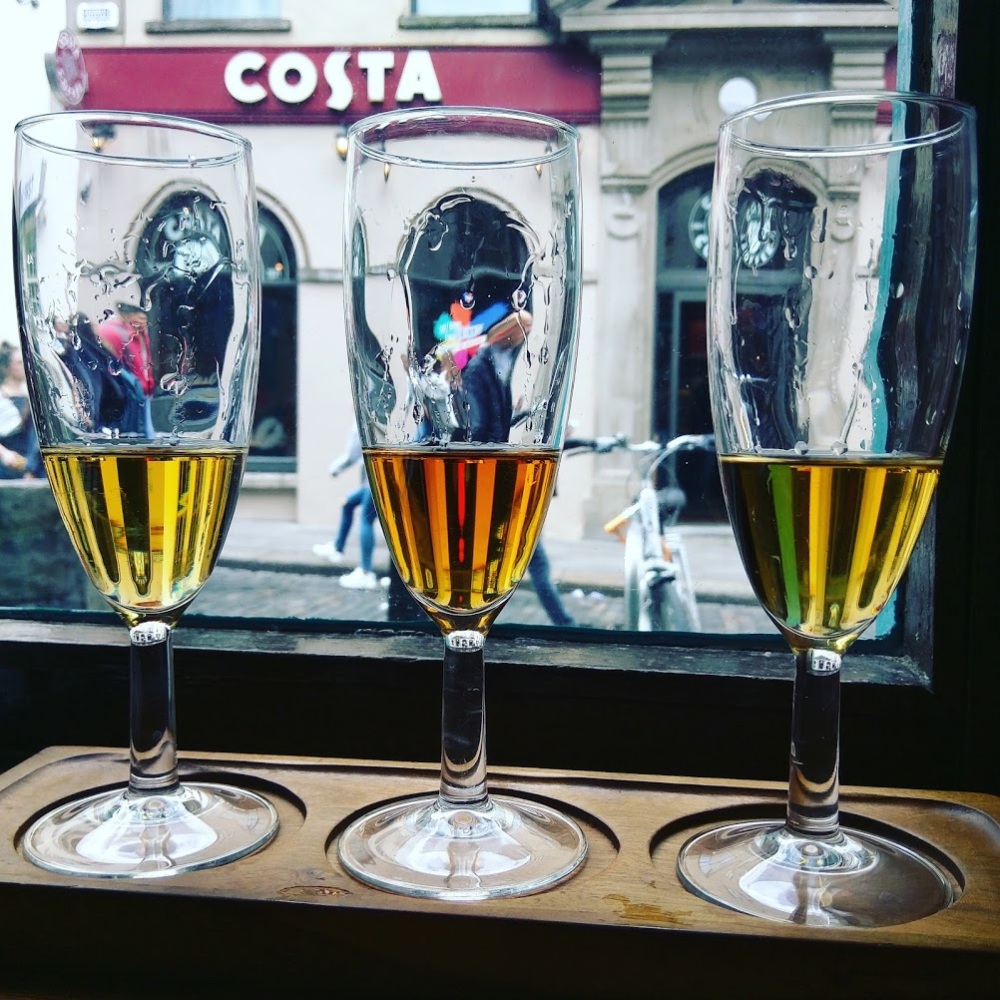 So I’m in Temple Bar. Why am I there? Well first I should explain what Temple Bar is.

You see, in Dublin, the Temple Bar district was the poor warehouse district. So what happened? The same thing that happens all the time. The Bohemians, or Hipsters, move in, and start making it a fun place. Anyone who has ever lived in a large city for long enough sees it happen. And anyone who has ever partied with artistic types know that’s a fun time. And you’ll end up doing butt stuff.

What does this have to do with whiskey? Nothing yet.

So Temple Bar starts doing well. People start pubs and bars there. And it becomes a tourist area. So why would I go there? Well there was a specific bar there, called the Norseman, that had a nice amount of whiskey there. Unfortunately there aren’t any glencairns though, as you can see from the picture.

So I walk in, for lunch, and ask for something with more of a chimney. The bartender notes they have a special on to try the new Midleton Method and Madness whiskies.

Not knowing anything what they were, I say sure, and go for it.

So what are these whiskies?

So down in Midleton, where they do really nice stuff, there’s Masters and Apprentices. And unlike those of us who can’t properly speak, they let the newbies share knowledge and try new things. However with a distillery as large as Midleton, you have trouble playing around and still pumping out all the whiskey you can.

So a new microdistillery is born. Yes, it still has the Midleton name, or at least that’s the name that’s everywhere. None the less, it’s a new place to let the distillers try different things. And in their four initial offerings, they’ve shown just that. These have traditional methods of making Irish whiskey while doing different things.

I know, I know, this is a triple review. They didn’t have the fourth offering, a 31 year old whiskey. When I later found out the price on it (a lot), I think we shouldn’t be surprised I wasn’t able to (afford to) review it. 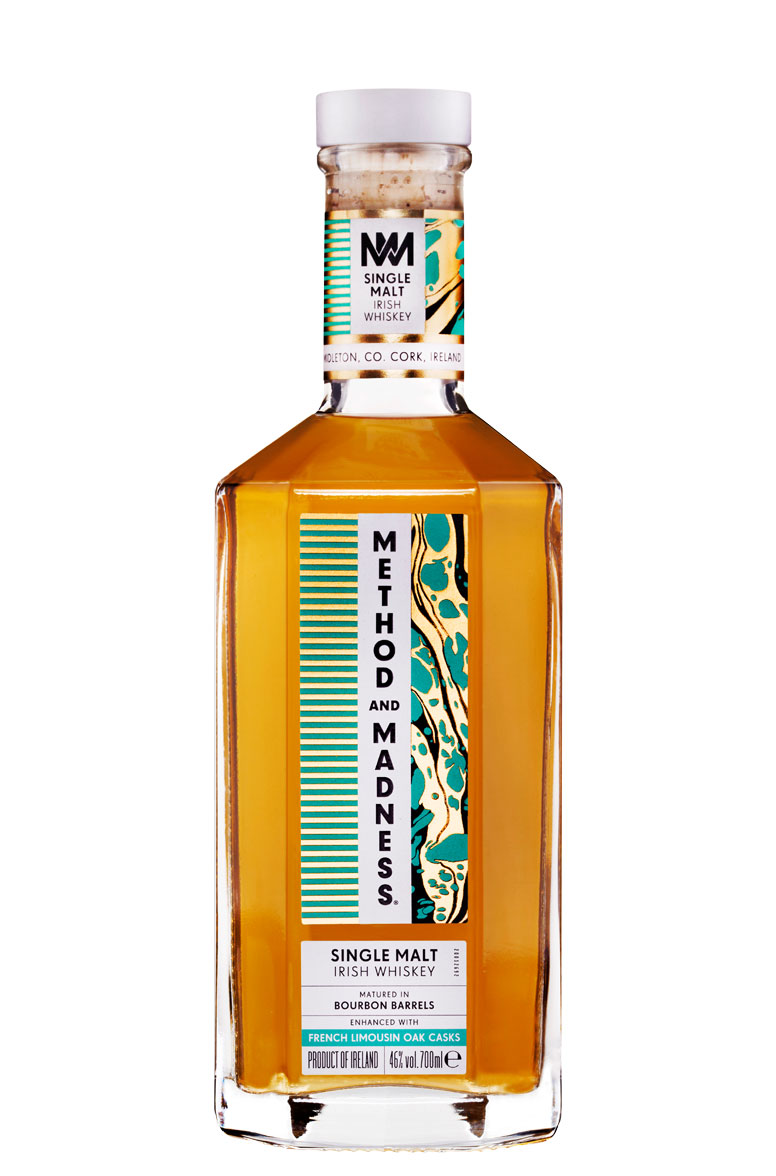 Midleton Method and Madness Single Malt was up first. It’s not crazy for Ireland to make Single Malts. After having a few of them (reviews to follow), I really enjoyed them. But Midleton typically makes single pot still.

However that’s not where it ends. It’s also finished in French Limousin oak, which they’ve never done before. And finished for a decent amount of time, as well.

Sounds fun. Wonder how it turned out?

Lots of cereal. Very strong flavours. This isn’t super complex, but interesting. It almost reminds me of an American Single Malt. I know it was laid down in 2002, so it’s not a young age either.

Or maybe that’s what they were going for? Who knows. It’s just quite prominent on the nose.

This grows and grow as you taste it. Really nice custard note at first that sticks around. There’s aspects that pop up as time goes on, but the custard never leaves.

May each of the other flavours are more simple than the custard. Maybe it sets me up too high. Or maybe I’m just happy it’s there. Because I can’t eat eggs. But it’s quite tasty.

Pairs well with the banana and caramel too.

Finish is the big surprise here. Goes from a simpler single malt with a nose like a bourbon that all of a sudden goes to 11. Well, that’s just the saying. It goes closer to 8. But a strong 8.

Lots of molasses, cooked cereal, and spice here. It gets hot, regardless of time or water, and then indistinct stone fruits show up later.

Conclusion: This is a slow burn, and gets better and better as time goes on. The nose is quite simple but strong. I don’t really know how I feel about it. I wanted some more. Wish the finish added more to it.

The taste and finish are more and more impressive. I think this is quite interesting. The finish was what really surprised me. Really nice. Do I feel this is a little too pricey? A little. That doesn’t affect my score. More so the taste needing that extra bit to get it over the hump or the nose being simple, those lower it.

But keep the experiments coming! 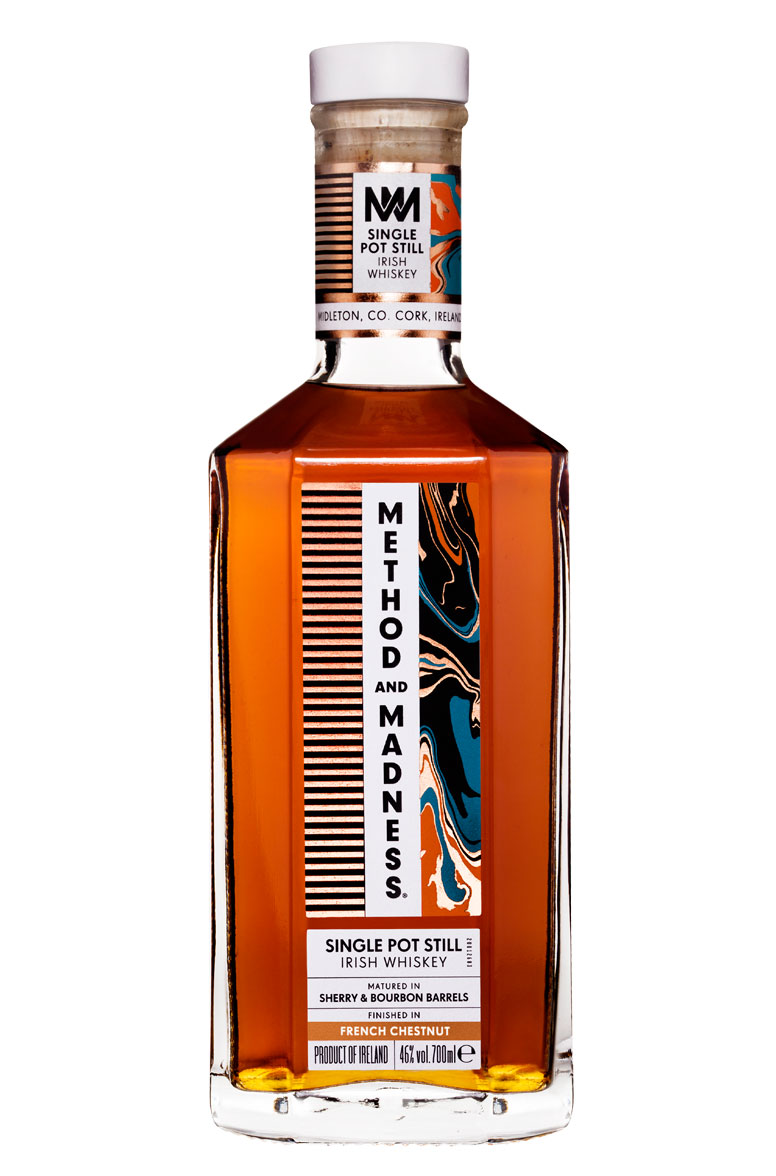 Midleton Method and Madness Single Pot Still is closer to what Midleton makes, a Single Pot still whiskey. That’s what we’re used to.

From what I’ve found, chestnut casks are used in lambics, red wine, and storing wine. It is a cheaper alternative to oak that historically is used for transport. It’s high in tannins, but is very, very porous, thus letting in more oxygen than oak.

So that’s different. Let’s see what flavours it adds, shall we?

Cask Types: Matured in ex-oloroso Sherry and ex-Bourbon barrels, finishes in chestnut casks sourced from the Isére region in France.

More fruity and complex than the last nose. Nice amount of caramel, spice, and floral. It’s quite nicely balanced. Somewhat light, though again each flavour is quite distinct, like a really well made bourbon.

Cherry and brown sugar notes follow from the taste. Quite nice. As we all know, no one likes honeydew melon, so it’s just there (kidding, kidding).

Unfortunately as time goes on, this ends up just having a straw and mineral forward element to it. While I have no problem with splashes of each, this is a little much sadly.

First time I wrote this it said “burt meat”. Guess I was on Sesame Street. Is it being a cannibal if they are muppets, I wonder?

Anyway, this has a burnt, very dry flavour at the end. At first it’s not too bad, but as time goes on it amplifies and isn’t really my thing.

Conclusion: I think I know why chestnut casks aren’t used as much.

Joking aside, this is an interesting dram, though I wonder if it needed more time to develop out the flavours. Or perhaps oxidized too much due to the finish. Or maybe it’s just not my thing. Very dry, mineral dominant dram. Some fruit, which is needed, and unbalanced. It’s more of a niche type of whiskey, I think.

Good try, maybe more experimentation is needed to get the balance of chestnut casks correct. For now, it’s a pass for me.

Oh, and my score was bumped up because I feel it’s still a nice dram, but I just am not the biggest fan. So I had trouble scoring it. 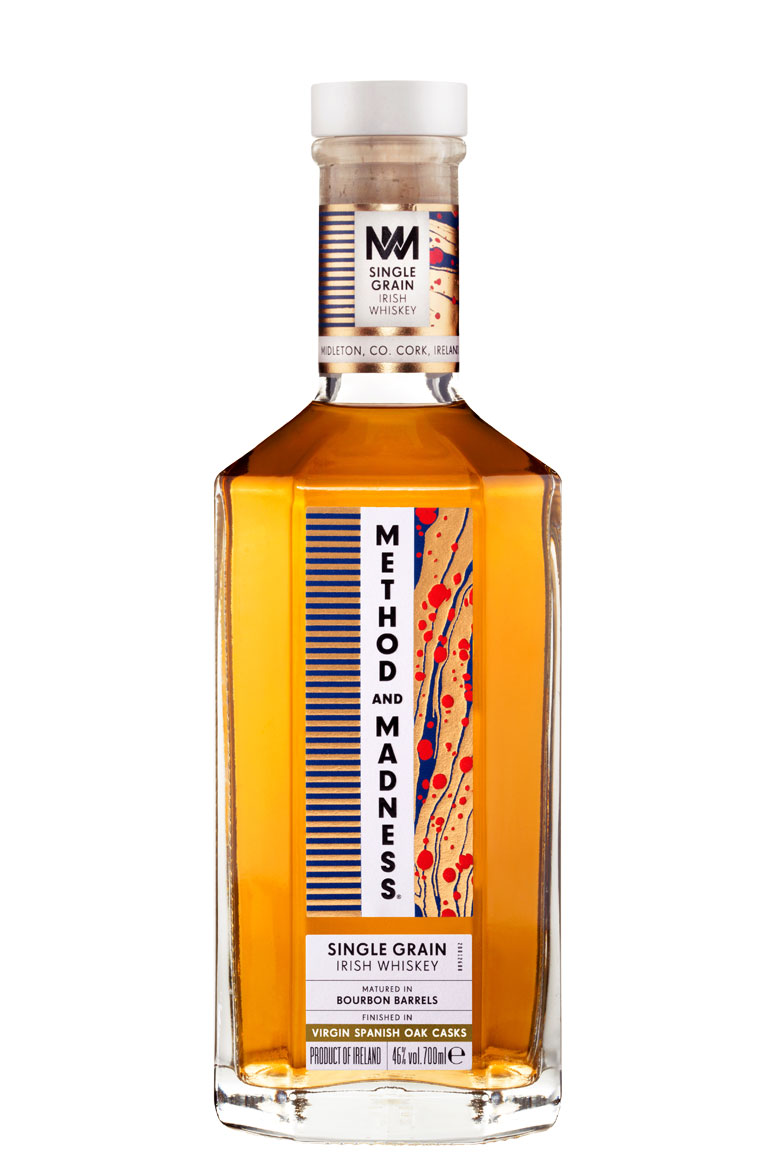 Midleton Method and Madness Single Grain is the first official release of a single grain whiskey from Irish Distillers. Think of all the companies they own, and that’s quite impressive.

Add to that they gave them first fill ex-Bourbon casks to use, and then the rarely seen virgin Spanish oak casks, and we have something interesting here. Like a hybrid of some other virgin cask finishes I’ve seen from Midleton.

Light nose. Lightest of the bunch. Takes quite awhile to get down to it. Lots of ginger, shortbread, and tobacco.

Where as the first dram was big and punchy, this is lighter. Somewhat concerned why I wasn’t told to have this one first, however I ensured to chug a lot of water between drams and take breaks, so perhaps it just needed more time to open up.

Very fruit forward. Lots of fruit and butter notes here. I’ll say that the taste is the strongest part of this dram.

I’ll also tip my hat (I don’t wear a hat, but let’s just pretend) to the fact they coached a single grain whiskey to have a nice taste in a short amount of time.

Weak, quick finish. Lots of banana, baked yeast, and brown butter notes, but not enough time to really enjoy them. Any difference in fruit or tartness or lingering spice runs out like a guy on Maury when he hears “You are NOT…”

On the other hand, no real rough edges, which is impressive.

Conclusion: I’m both impressed and let down by this dram. And I should explain why:

I’m impressed because it’s a single grain whiskey, from someone who doesn’t release single grain whiskies, that actually has flavour. It’s not watered down, it’s nice to sip on, and the taste is actually there. This is very hard work.

On the other hand, regardless of all the hard work, it’s blah. It’s pretty simple, the nose and finish come so quickly you’d think they were a virgin on prom night, and it’s not as complex. I want them to release more of these. I want them to push the limits. More time in the first fill bourbon cask, or perhaps more finishes, and they’ll be the kings of single grain young whiskies in no time.