Thank you to /u/walking_spanish [+3] for this mystery dram.

Mysteries are fun. They make you take a moment and really review something without per-conceived notions. Also walking_spanish did an amazing job of hiding the final thoughts on this one. Seriously, if you send out a mystery, learn from him. A folded piece of paper with the reveal? Super awesome. Makes for more fun.

Also I know a bunch of you don’t do mysteries right as they come in (SHAME) so that could help.

From his inventory, I’m assuming this is American, however my first notes told me that too, so there. 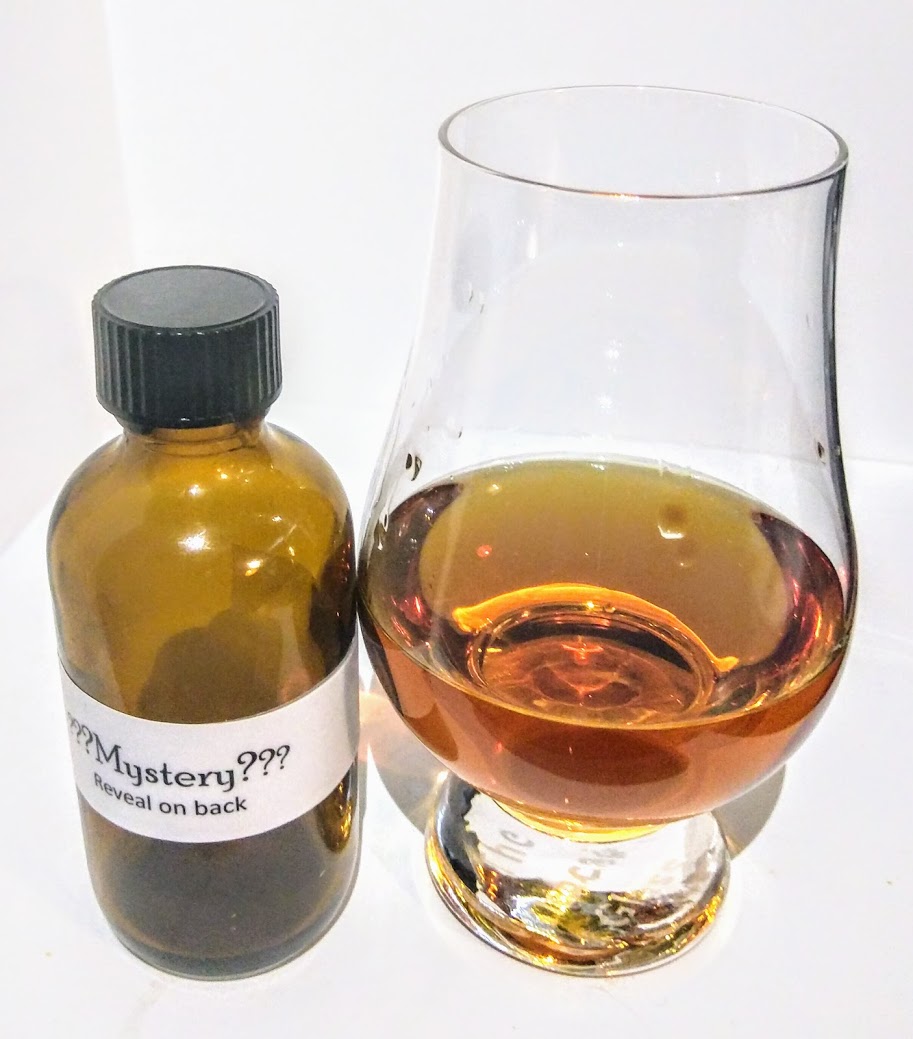 Starts out with a lighter floral/sweet note that generally builds up. After nosing this for a long time, I start to pick out a lot of corn.

So my initial thought is this has a high mashbill of corn. The floral aspects make me lean towards either a Tennessee whiskey or a high wheated mashbill.

Now I’m lost. It’s strong, definitely cask strength. And it has at least 8 years on it, because we’re seeing development in the flavours. It’s not just earth or sweet, it’s carrot cake.

That said, there’s still some areas (oak) that need more time on it. And they do dominate the taste.

So now I’m confused. I’m leaning towards my initial thought that this is corn heavy in the mashbill, but the finish has more spice, which denotes more rye, which makes my wheater thought gone.

It’s interesting. I think it’s finished? Probably not, but there’s enough to make me wonder if it was a quick finish maybe? No.

Conclusion: As for the whiskey itself, it’s a brash, middle age bourbon that is pretty strong, though I’d say needs more time to develop.

I think it’s high in corn, about 8 years, and barrel proof. The finish was interesting, and makes me think there’s more rye, but then again the floral on the nose ended up making me lean towards rye, so maybe there was a finish? I’m really lost.

Guess: Bourbon, mostly corn in the mashbill, at least 8 years old, 50+%. I don’t know, maybe Oyo? Not that it makes sense, but I’m mostly lost.

Actually: Jack Daniels Single Barrel Barrel Proof – The Coal Filtering at the end, as I’ve now learned, adds some floral aspects to some Jack Daniel’s, so thus I was lost there. Though I was right about the amount of corn, so there’s that, and the finish having the spice was the higher rye amount. Fun!