I’d like to thank Highwood Distillers for sending these bottles to the Toronto Whisky Society.

For some people, Highwood Distillers will sound familiar, as I’ve reviewed some of their whiskies before. And if you’ve noticed, I haven’t been singing their praises. However I don’t think that’s their point.

Canadian whisky became popular because people, at one point, wanted lighter, smoother flavours. And the distillers that followed those paths became successful. And I’m some schmuck with a keyboard. They left behind the whisky geeks and went for the money. It happens, and it’s driven by the people. Can’t really blame them.

However we’ve been seeing a change in people’s whisky habits. They are growing again, with Scotch and bourbon growing more and more again. In walks Highwood Distillers, and they bring out some of their older stock.

Is it cask strength, first fill barrels, or anything like that? Not at the moment. This is their toes in the water. People who want a little bit more, or think they do, or want a high age statement on their whisky.

Does it make whisky nerds happy though? That’s the question, right? These are the two first age statement whiskies from Highwood I’ve ever reviewed. This could be the turning point, or it could merely be more of the same. 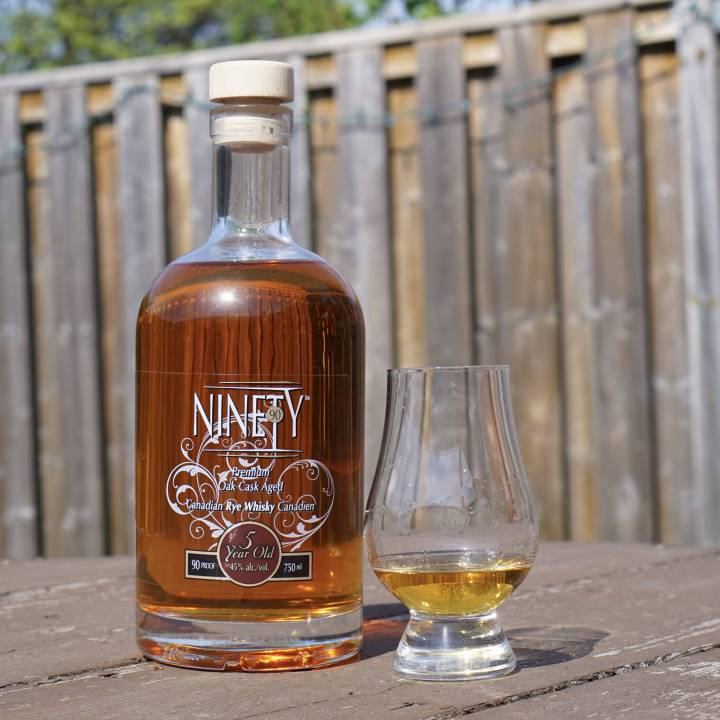 Up first we have Highwood Distillers Ninety 5. This is aged for 5 years in charred oak barrels. No idea if they are ex-bourbon or not. The Ninety line is where they put their bolder whiskies.

Hats off for releasing it at 45% with an age statement. Most large places would not. So let’s see how it tastes, shall we?

Price: Currently not available at the LCBO

It’s hard to separate out the alcohol notes on this one. If you can ignore that (which I’m having a hard time doing), there’s some nutty cocoa notes and some grassy, Highland notes.

Starts out creamy, though while the mouthfeel is nice, it falls to a simple, maple forward, slightly tart whisky taste. Kinda hot and pepper forward. Youth shines through here.

Needs time. Initially it’s mineral with no fruit payoff. I recently was talking to another whisky fan, and he stated that he loves mineral notes because they usually open up to fruit. Had never thought of it that way. And while it doesn’t always happen, I’ve been noticing (from some of my old reviews) that it was the case.

The fruit doesn’t show up here, is what I’m getting to. And for that, it doesn’t work. Eventually some vanilla note comes out, but it’s too little, too late.

Conclusion: It’s a weak whisky. It’s on the way to having some complexity. Or the start of it.

The nose was probably my favourite part. Overall needs less alcohol, but after 5 years it’s going to have that note. Unless you’re whisky takes to tasting good young, it’s not going to work.

This has rough edges, has a lot of alcohol through it, and has just started working through some of that. It needs more time in the cask, though isn’t as rough as some wheat whiskies. 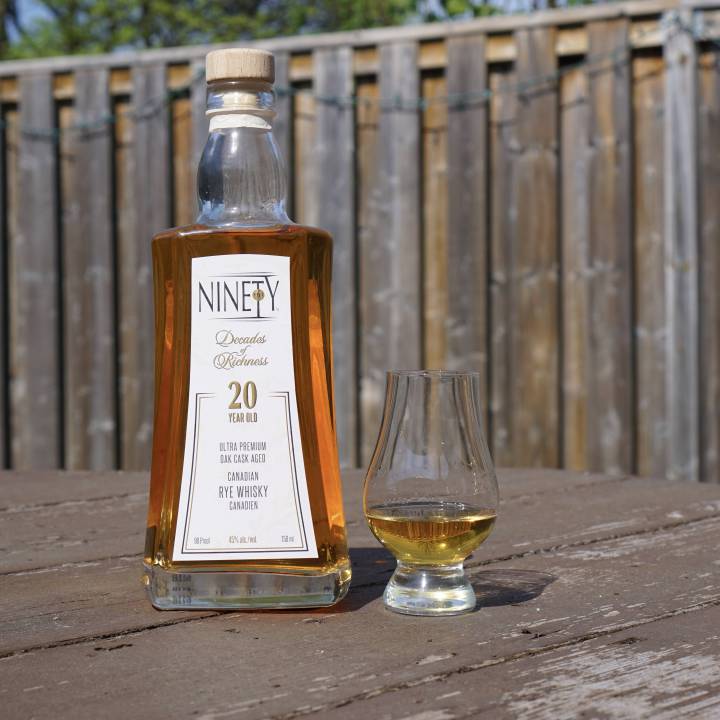 Highwood Distillers Ninety 20 is up next. It is one of 2 aged stated 20+ regular range whiskies that they make.

20 year old whisky from Canada that’s a cheap price. I’m not going to lie if alarm bells go off when I see that. However I’m willing to try anything, and I am interested to see how the 5 year grows with age.

Interesting herbal nose. The grass note has grown, there’s more to it now. Given time you even have what I’d attribute, again, to a Highland Scotch, the green banana note.

Good spice here too, though there could be more. It’s a light nose, so I’m glad they didn’t go to 40%. Quite nice, overall.

Continues on from the nose. Interesting thing here: The rye spice. Assuming the same amount of rye in each of the mashbills (or mashbills of each blend), I would have guessed more in the 5 year. However it’s popping up here.

Reminds me of an American rye, given the orange and rye. But there’s still that Highland Scotch influence. Maybe we should finish each of them in a cask of the other? I’d be down.

Granted I’m a sucker for odd casks, so that’s not saying too much.

Earth forward. Not really lining up with the nose or the taste. I think there’s some wheat taking over at the end, and I’m not the biggest fan. Eventually that goes away though, so give it some time, and it’ll give you some more apple and rye spice notes.

Conclusion: Overall a nice whisky. I can see it as a daily sipper. Yes, it’s smooth and light, and there’s whiskies made around the world that do very similar things.

However I enjoyed this. For a traditional Canadian whisky they’ve coached out some interesting areas. I think it fulfills a little bit of that “interesting” side. Also I’d much rather someone pour this in another country and thing of Canada then some others.

I still think it can be improved though. That finish was rough. And frankly, it’s a 20 year old malt. We should be at the stage of blowing our minds, or at least equivalent to mid-age (14-16 year old) whiskies from Scotland.

So keep working on it Highland.