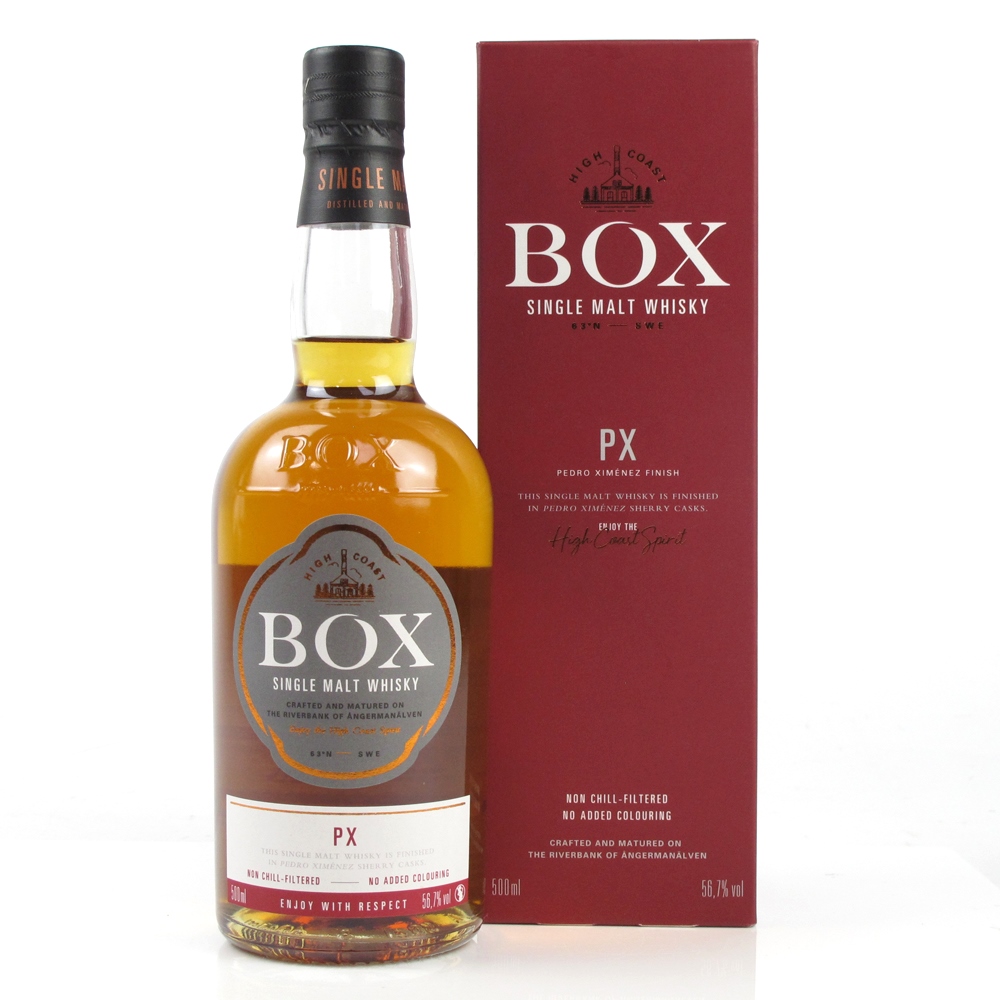 Thanks to /u/devoz for sharing this one with us.

Sweden. Land of… stuff. I think. There’s stuff there right…

Shite, better look up what they are known for…

Okay, that was a lot to read. However you’re not here to learn about Sweden. That’s what polandball is for. So instead I just CTRL-F for whisky, and only found something on a Russian Submarine, back in 1981.

I mean, Russia is different now, so that’s old news.

Great, I’m going to be thrown out of a window for a joke in a whisky review. Thanks Putin.

Getting back to the whisky at hand: Box Distillery. Not just a distillery that cries out for my particular childish humour when reviewing whisky, oh no. And the fact they are probably located on a hill I can’t find? Not relevant, or even true.

No, Box Distillery is located in the north of Sweden, which for the rest of us is known as “beyond the Wall”. They use the Ångerman River as their main source, which gains it’s water from the surrounding mountains.

Also they mature their whisky on the 63rd parallel, making them extremely north due to my grade 9 geography knowledge. This allows for a high variation in the seasons, as the oak expands and contracts quite a bit in the non-temperature controlled warehouse.

Beyond that, I’m pretty sure you could dive deep into every aspect of what they make on the website. Every cask, type of yeast, location of grain, and exact age is there on anything they bring out. It’s like the guys from Freakonomics and an Accountant got drunk on lots of whisky and impregnated each other and made a distillery.

Oh, and that name? Prior to 1890, there was a factory there named Box. So they kept the name.

Today we have Box PX, which was handed to me as a mystery, tasted alongside some other whisky friends. Let’s see how my first taste of Box tastes, shall we?

Every piece of information you’d ever want on this whisky and more: http://boxwhisky.se/box-px/

Initially I thought it may be a strong proof, well made Canadian. Then I realized we’re still a few years out for those.

Great, now Trudeau will help Putin throw me down an elevator shaft.

The nose goes into a full fruit, sweets mode, and eventually has this distinct smell of chocolate chip pancakes (light amount of syrup). That eventually takes over, with the fruit on the outside, and now I want pancakes with extra diabetes.

Big flavours here. Right now, I’m guessing it’s a PX cask, and I’m remembering how much I love PX casks over Oloroso. Large flavours, big butter notes that mix with the fruit. Each flavour is distinct, yet there’s a lot of flavours.

Nothing too developed into a very complex note, so I’m guessing this is younger, around 10-12 years old (yeah, I was incorrect).

Long finish. Very nutty (which is a surprise given who it’s from), though not as many flavours or distinctive notes as the taste. Quite a bit of grain here. I’m not minding it, and the rich butter notes are still kicking.

Conclusion: So I thought this was a PX second fill Speyside single cask. Instead it’s a 5.34 year Swedish whisky that has been vatted. It’s really good, too, I might add.

It has an interesting, strong complex note on the nose, distinct, powerful, and numerous notes on the taste, and a nice, long grain forward finish that has butter in it.

I’m quite happy with this, and kicking myself for not getting a bottle. Granted this is the best of the best casks, so I’m going to have to keep that in mind for future ones. Good luck Box. First taste has me hooked.

One thought on “Box PX (MYSTERY)”