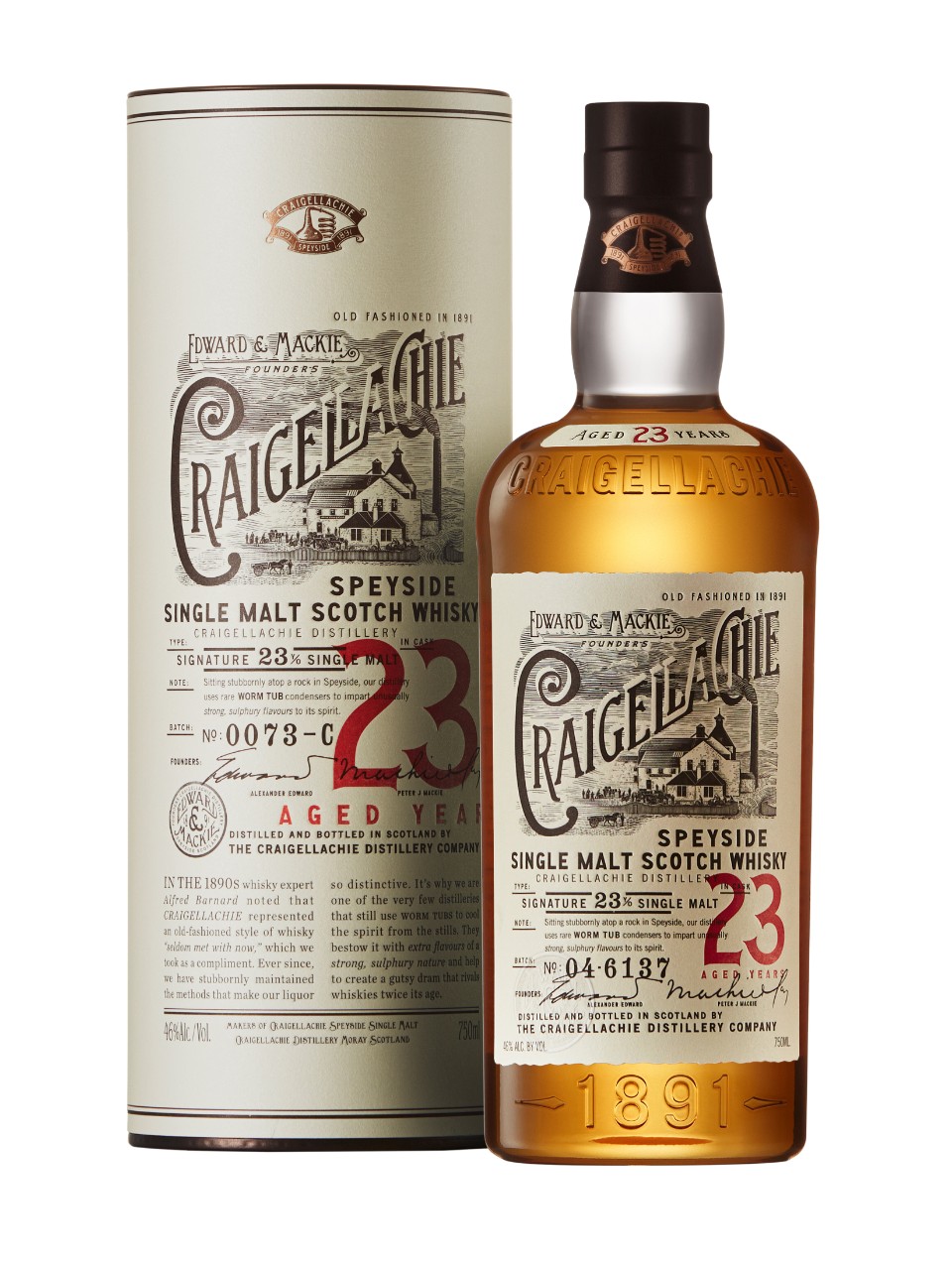 Thanks to my buddy John for bringing this dram.

Okay, so a few caveats on this review, as I feel I need to come back to this bottle after the fact.

This whisky was reviewed as part of my yearly spirit gathering up North with some close friends. This was drank 5th, and the last one I reviewed. I took a long time between drams, had pieces of bread to ensure my tongue was clear, and made sure to drink two glasses of water between each dram.

I only reviewed 3 whiskies from this tasting. However I’m not 100% about the below review. I took extra long on this whisky.

Also the bottle was just opened. I’ve asked a recent reviewer about oxidization and if it affects the taste after a long time, and he/she/ze/goat-er stated it did not.

As you may have noticed, Craigellachie likes to bottle their product when it’s ready, rather than traditional ages. I like the idea, even if I wonder if it makes much of a difference.

Granted, it sounds like something I’d do, so it’s pretty cool. Also Craigellachie uses cast iron worm tubs to cool the spirit before it is stored in casks. From what I’ve learned from /u/Unclimbability , that leads to an increase in sulfur elements since it has less contact with copper to remove the heavy elements.

And they said I was too dumb for science. Look at me go! Soon I’ll stop chewing on my own fist and be able to post things without talking about my genitals.

Okay, so this is an oddly aged whisky that is using American oak casks and amps up the sulfur. Let’s see how it tastes, shall we?

Waxy start to it. I’m not picking up a huge amount of sulphur that I was promised. Did I get the science wrong? Gee, if this is wrong, I feel bad for the last person I made chemicals. Hope they are okay.

Orange and wax forward. Lots of molasses and leather. Lighter than I’d expect for an older whisky.

Nice amount of sweet notes here. Red fruits pop up quite a bit, oak is worked in. Any spice shows up as a dessert bread for me: Traditional Autumn spices for a warm, sunny summer day.

I also eat ice cream in winter. Such a mad lad.

Okay, so this is where I’m feeling like I’m missing an element with the bottle: There’s suppose to be a lot of sulphur here, however I’m not getting it. This is why I think I need to re-visit this one.

Any sulphur is nicely balanced into the whisky here. It adds to the finish, doesn’t detract. Good heat from the cinnamon, love the caramel and all.

However I’m not finding this too complex. If I had this blind, I think it was 6 years, 43 weeks younger.

See, I can do the odd numbers too.

Conclusion: Something I want to revisit, definitely. It’s not the first time I’ve had a dram and had a hard time picking things out. Maybe I had too many sherry casks before this one, and their sulphur levels were higher, or maybe I blew out my tongue.

Maybe it’s subtle. However other reviews say it isn’t. Maybe the bottle wasn’t left open long enough. None the less, based on what I tried, it was nice, but not my thing.

One thought on “Craigellachie 23”