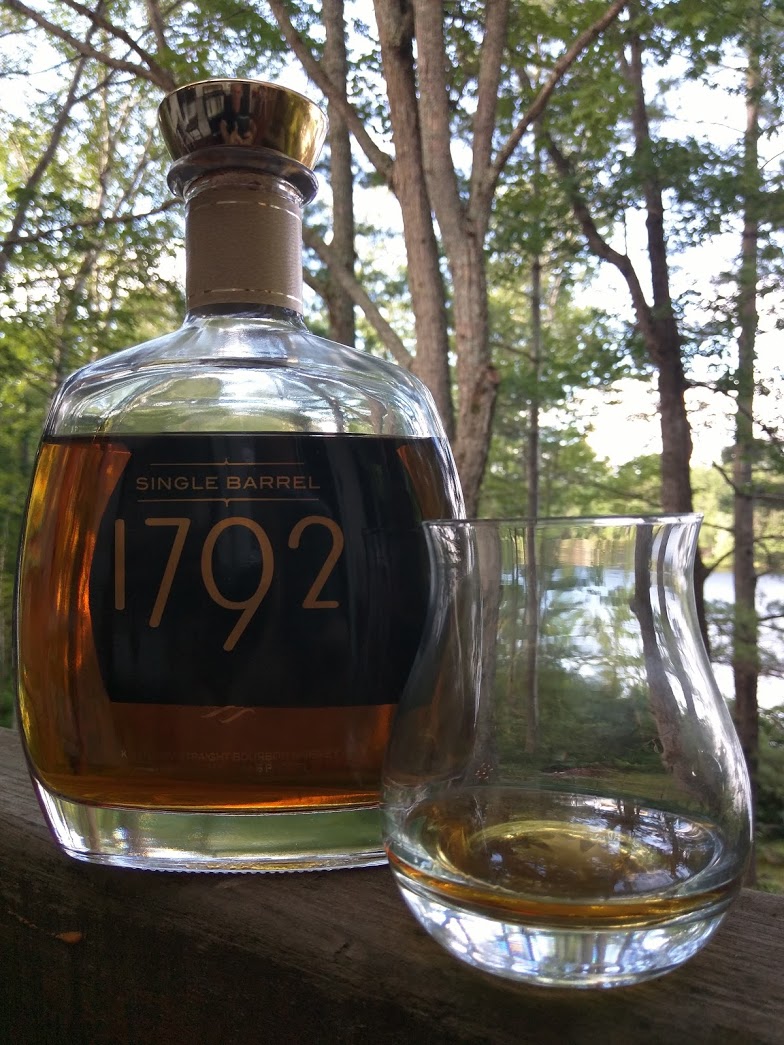 Thanks to my father for opening up this one and letting me have a sample.

I mean… I bought it for him, so I couldn’t exactly do that. Be kinda a dick move.

The company makes this straight bourbon the same as 1792; with a high-rye composition. They then select the finest barrels, and bottled them individually. There’s nothing stating which barrel this was, which I think Barton 1792 Distillery should consider in the future.

Nice strength to this. Sweeter nose, with some punched up notes on it. Dill comes in later, which isn’t working as well here. Gotta keep that lactobacillus out of here guys, would have been a perfect dessert dram otherwise.

Well, the nose would have been.

Initial umami/vegetal notes along with some spritiness before it goes back to being somewhat sweet. Not as sweet as the nose, luckily. A lot more balanced and salty on the taste. Nice to sip on.

More umami, less sweet, it’s calmed the sweetness down at the end to a more traditional (but strong) caramel note. Each flavour flairs up individually.

Conclusion: Some alcohol to this one, it takes a little dab of water quite nicely. Initially quite sweet, luckily it’s more balanced on the taste and finish. Each flavour was nicely punchy, however no one flavour takes over for too long.

I liked this one, and give myself a pat on the back for getting it for my dad. This is less hot and overall a better dram than the standard, so it’s a no brainer buy if you enjoy the standard 1792.