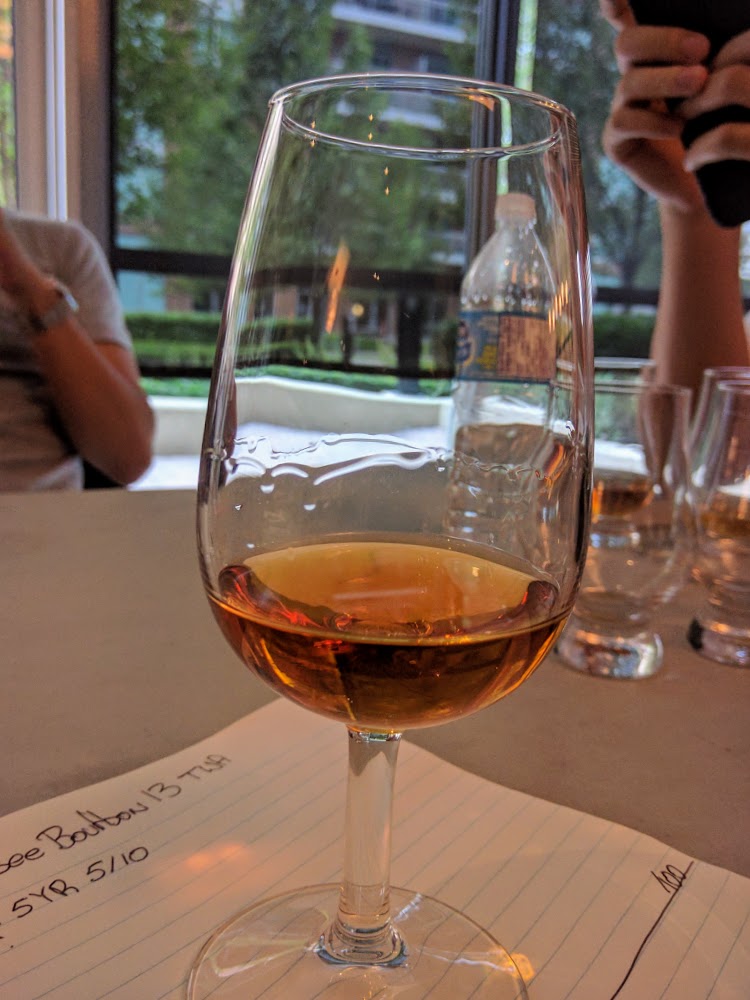 I was privileged enough to go to the Toronto Whisky Society’s recent tasting, in which we were able to serve five different high end malts, all of which are available at the Kensington Wine Market, where a member was able to pick it up and bring it back to us.

American whiskey has it’s own flavours, it’s own types, and it’s own style. A mixture of location, methods, mashbills, and a smart government requirement makes for uniqueness.

However much like that one guy who collected butterflies in class, uniqueness means some people don’t quite understand you. Granted there’s usually a list of people to murder from that other guy, and not so much for bourbon.

Thus why a lot of Europeans who are used to Scotch have trouble with Bourbon. Heck, I had the same issue, and I at least live close to America and have a father who loves Bourbon. Yet I was still treating it incorrectly.

Thus it’s quite interesting that The Whisky Agency has attempted it’s first American whiskey. Very Fine Old Tennessee Bourbon 13 2003 The Whisky Agency is from a not disclosed Tennessee whiskey maker. And yes, I know that some wish to call Tennessee Whiskey only that, and the official laws allow it to be called Bourbon. Vote for change if you feel that strongly.

Adding to this confusion is that reviewers are split on if this comes from Dickel or from Jack Daniels. In the end, I’m happy to try it. It has a long name that’s cool. I’m fine with that.

So let’s see how this 13 year old Tennessee whiskey tastes, shall we?

This is closer to a scotch than a bourbon profile. The flavours blend together rather than show up one at a time, in queue. There’s earthy, sweet notes throughout. It’s actually mellow and tasty in that way.

Stronger taste in comparison of the nose. It continues on the different flavours, stronger, and more complex. There’s additional meatiness.

Honestly this has a weird combination of bourbon and scotch aspects. The chicken flavour with it’s herbal aspects and honey is the main thing. It takes a long time to get past, however do you want to get past a complex note like that? So it’s strong, however an amalgamation of flavours.

Medium length on the finish. It goes back to being closer to the finish, with each flavour blending into one another. I enjoyed it, however American whiskey fans may find it lacking oomph.

Conclusion: So the lack of power in this may make typical fans of American whiskey not like this. And that’s for them. It tastes closer to Scotch. Which isn’t a bad thing.

There’s a lot of sweet sorghum/honey floral notes throughout, a nice amount of earth, and good selection of herbal notes. It’s developed quite a bit of complexity over the time.

I’d recommend trying this, as it’s quite unique in what it is.