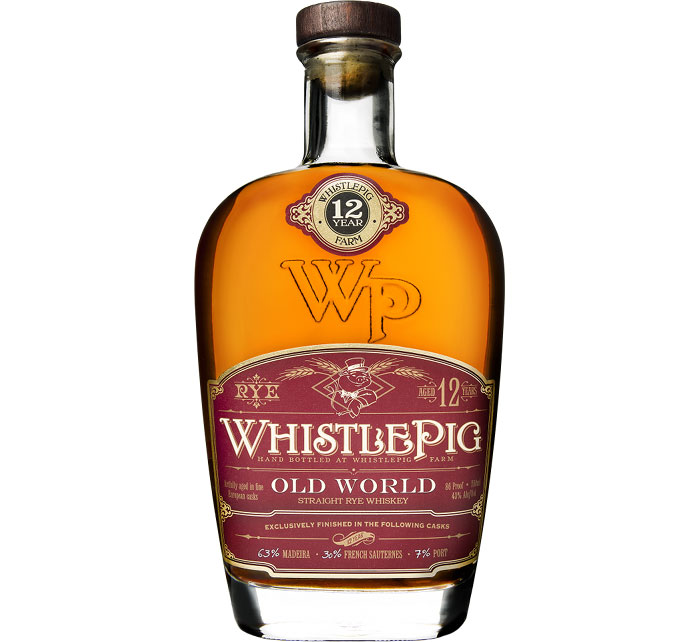 Thanks to Mark Bylok from the Whisky Topic for this sample. No pressure, however they have a pretty cool podcast, so I recommend checking it out.

Whistlepig is an interesting whiskey. They source from different places. In the case of Whistlepig 12 Old World, the original 12 year old 95% rye was distilled by MGP in Indiana.

However unlike other 12 year old ryes, this whiskey has had some experimentation applied to it. In the case of Whistlepig 12 Old World, they finished the rye in different barrels that formerly held different wines. Once they are done being finished (probably while Ed Boon yells “Toasty” and we all try to remember the ridiculous button combination to the Fatality), they then marry the three together.

The amount used is balanced to the flavours. Then it’s watered down to below cask strength.

So let’s see how a rye that has seen more wine than /u/Throzen on a bender (he likes wine), shall we? 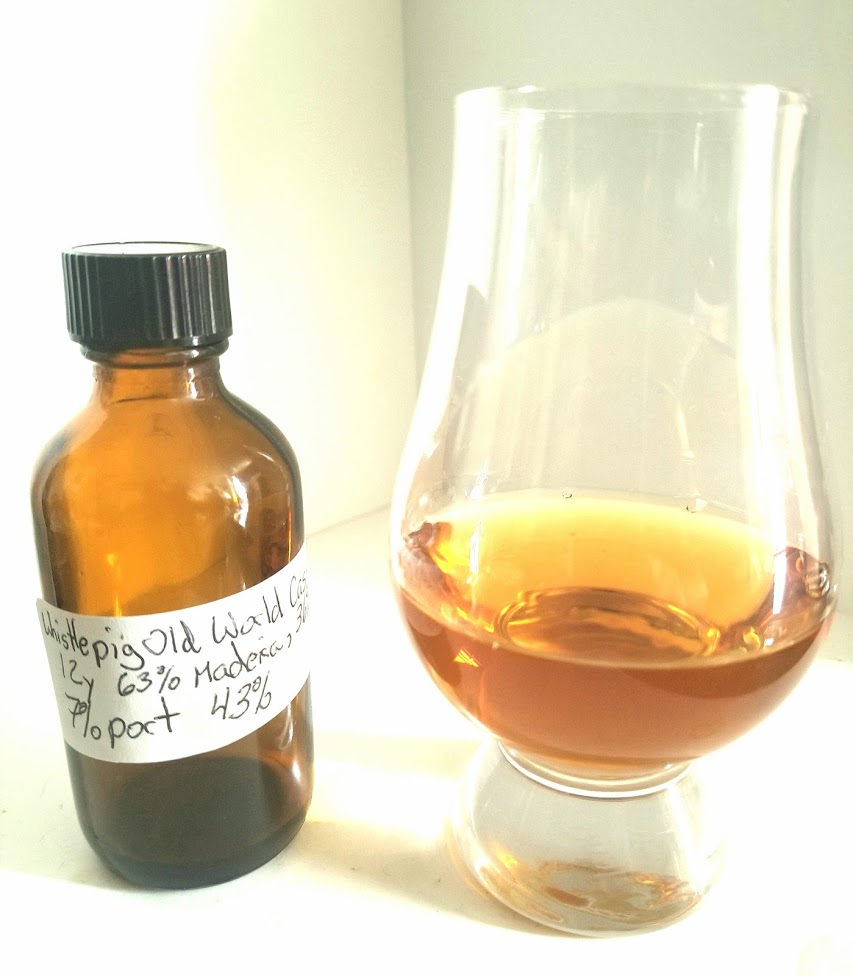 Interesting nose. Starts out like an American whiskey, with that wood influence. However after that the wine impact kicks in. I’d say the nose is more of the Port than anything else, which leads me to understand why they only used 7% for it.

Some dry notes to balance it out though, thus the Madeira is nice.

Watery mouthfeel. Really noticeable, and kinda annoying if I’m being honest. It detracts from the rest of the taste.

Which is interesting. I enjoy the Madeira, again. They used what (I am guessing) is a drier Madeira. It has these nice dry notes. That said, they are all weak, so I feel like I’m missing parts of it.

And here we have the Sauternes influence. It has that golden apple, sultana flavour. Gone is the issue with the taste. This is at full volume.

Conclusion: So should this have been at a higher abv? Yes, yes it should have. Really? We’re wondering about that?

No, it needs more just to help out the taste. And maybe Whistlepig needed to make some money. Casks aren’t cheap, and three of them? That’s a lot. Not to mention what they did with the rest. And honestly, it’s still a nice finish and a great nose at the cask. The taste? Let’s leave that behind.

So I get why they did this the way they did. And I’m not going to bash them for it either. I wish I could try it at full strength, but I love odd casks to make a better whiskey, not just to hide a bad one. And this certainly is unique and better than just another rye. So try before you buy.

One thought on “Whistlepig 12 Old World”