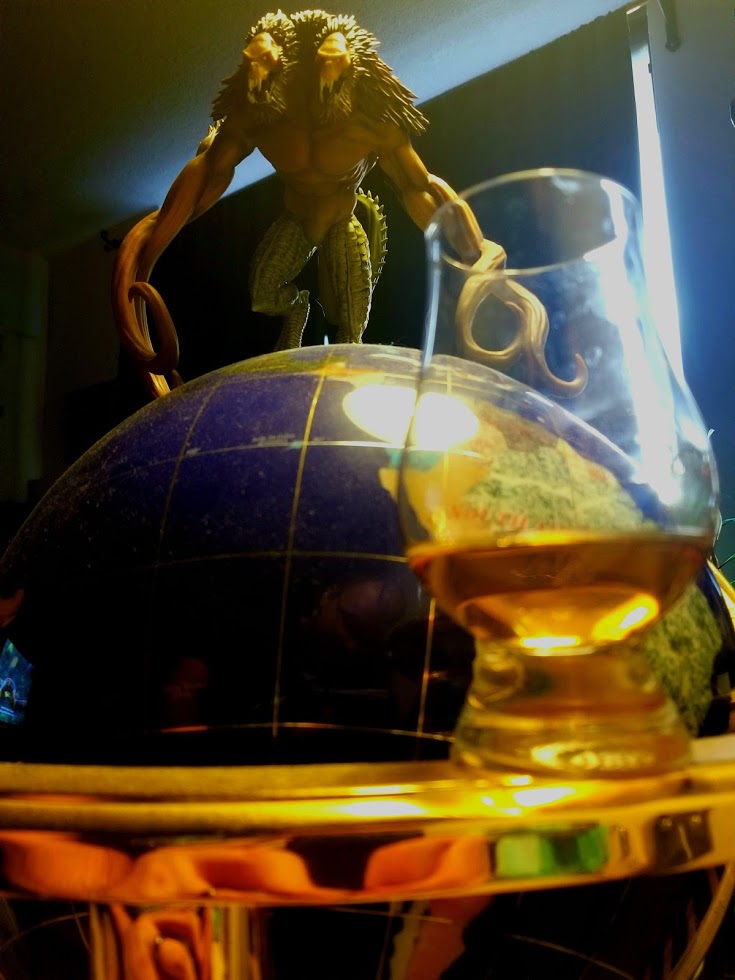 Victor Bruce was the 13th Earl of Kincardine and 9th Earl of Elgin. He was also the Viceroy and Governor General of India between 1894 and 1899.

To be frank, the great Victor Alexander Bruce’s impact upon Britain, and at the time of his life, that included India, was the Elgin Commission. His Elgin Commission was the first of it’s kind for the great British Empire. It considered the value of the lives of the dead, and considered the feelings of mourning relatives left behind in discussing how calvary should be used in the Boer War.

That may seem, I don’t know, normal now, however for the time it was revolutionary. It was also the first time the lowly soldier could speak up. For the grand “who gives a fuck” British Empire, this was kindness.

As such, The Kincardine 7 is dedicated to The Right Honourable Earl of Elgin. And while he didn’t do too well in India as the Viceroy, he did realize it was important.

Thus this whisky is made up of Glen Elgin, Macallan, and Amrut. As usual, the efforts of Scots are taken in as efforts of British when they succeed. I’ve heard (through rumours) that the amount of Amrut is about 25%. Why did Adelphi make it? Probably because Alex Bruce, who works for Adelphi, is the great-grandson of Victor Bruce.

It also has some quite old Amrut in it. Remember that right now their oldest is 12 years, with the 8 year commanding a nice price point. So let’s see how this blend tastes, shall we?

Quite a bit of salt and mineral notes. Lighter nose than I was expecting. The Glen Elgin is the main thing here, if I had to guess. No tropical notes from Amrut, nor anything that screams “sherry” from the Macallan.

Granted I assume the Macallan was sherried. Most of them are. More umami on the nose. Reminds me of a Mortlach that’s a little too young.

Interesting taste. Still has that generic salt/pepper/minerality, however there’s some sweeter, tart fruit notes now. I feel like the Amrut is being lost in this one, with more caramel coming through.

And the finish has more tart and more spices and that call back to Mortlach that isn’t Mortlach even though it reminds me of Mortlach.

Conclusion: I bought this, like others, wanting an older Amrut influence. That tropical fruit, the odd funk, and maybe some peat (if we’re lucky). Instead what we ended up with is something that drinks like an ex-Bourbon too young Mortlach. Don’t get me wrong, it’s perfectly drinkable.

However it’s some of the oldest Amrut and it’s suppose to wow me. With all of it’s pomp and circumstance, much like the Glover 18 did. This doesn’t. It’s mostly umami then pineapple ham, like that one pizza that’s always leftover SO WHY DO YOU KEEP ORDERING IT MICHAEL!

Suffice to say, I’m glad I only bought part of a bottle. Next time more Amrut is needed, and perhaps less bottles overall.

One thought on “The Kincardine 7”