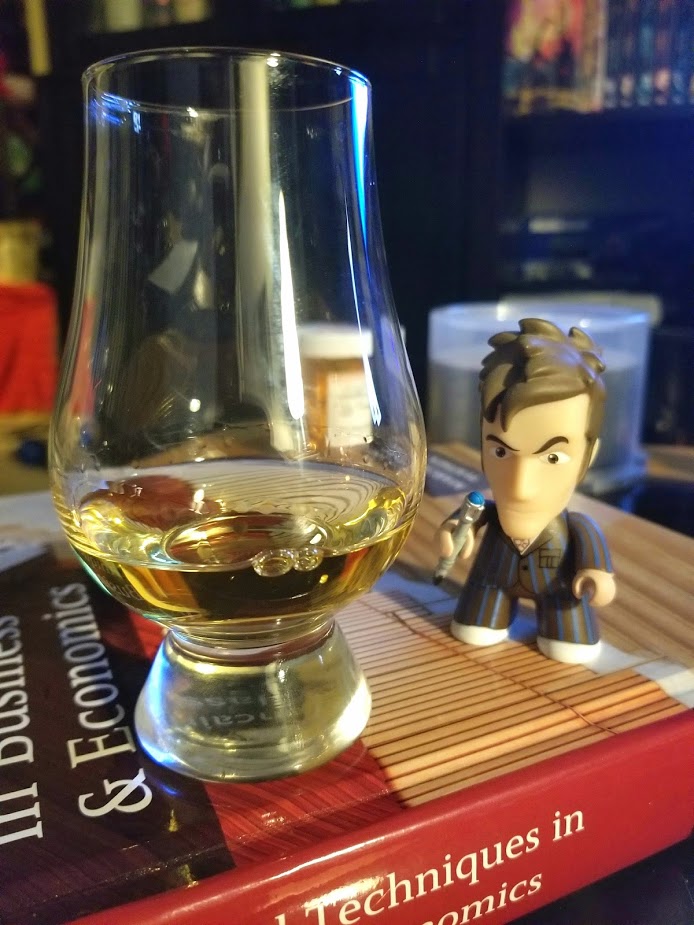 Thanks to /u/xile_ for sharing this sample.

I haven’t had many Teaninich. The distillery has no official bottling, just Flora & Fauna and UD Rare Malt releases. It’s owned by Diageo since 1933, and was even mothballed from 1985 and 1991. Thus someone had to tell them that the Cold War ended.

Other than that, Teaninich was known for having an “A” side and a “B” side. The “B” side was shut down in the 80s and then eventually completely decommissioned in the late 90s.

Teaninich 32 1983 Adelphi is old enough that it could have been made on the old side. However probably not, as the last time the old side was used was in the 1970s to ensure that the new side could create the same distillate as the old side.

The past Teaninich’s I’ve had were young. What does an old one taste like? Let’s see, shall we?

Interesting nose. Blind I wouldn’t think this was as old as it is. There’s some yeasty bread and custard to it, however the other flavours are quite faint.

Much better on the palate than the nose. The floral notes are sweet and more complex. The creaminess has nicely blended with the earth, and it has this nice heat/earth mix that changes with time.

We’re getting more and more close to what I expect from an older malt. This is at the 18 year old level.

Unfortunately the finish doesn’t increase the complexity. That’s not to say it isn’t nice: There’s some nice acidity, lovely sweets, and the creaminess/mouthfeel from before is there.

However I think this cask may have left what it could give back in America.

Conclusion: A nice, citrus dram with a good complexity taste. However nothing that you would assume was 30+ years old. The cask seemed to have given it’s last effort, and like me after curling, it was worn out.

I think this is the kind of 30 year old dram that a newbie would love. It’s not doing anything too crazy, has some nice aspects, and isn’t going to hurt. And if that’s up your alley, I’d say this is the pinnacle of that type of dram. However for me, who prefers something a bit more complex, it falls short.