Thanks to /u/Catharticintent and /u/xile_ for samples of this dram. Yup, traded for it twice. I’m smart with a capital D. 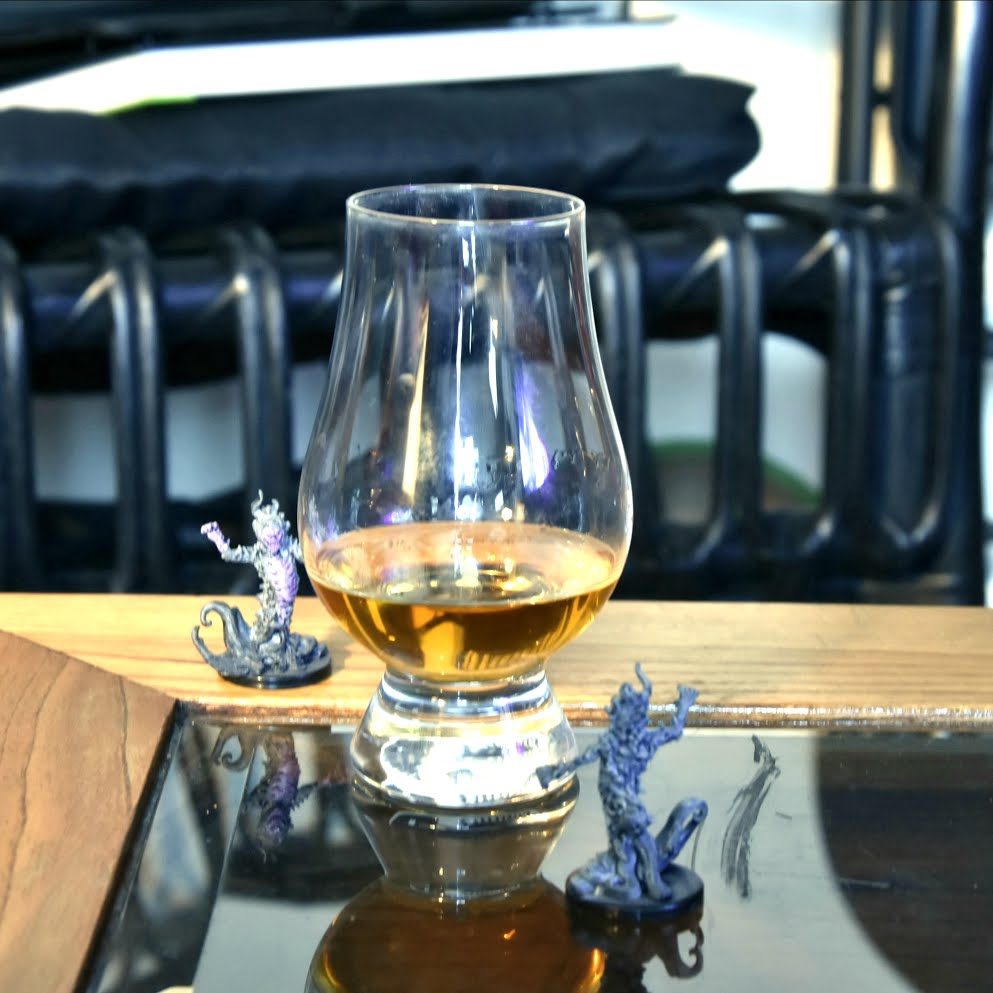 Peat heads will always start in one of the islands. Probably Islay, if we’re being honest. However as you drink more and more, you slowly come to the realization that other parts of the country do, in fact, use this method to malt their barley.

Kinda like when people realize that Canada is really big with multiple different weather patterns and it’s not all just snow and cold all the time.

Granted the last week has made even me wonder about that (the cold thing, not the peat thing).

Thus it’s for the best that I have samples of Ardmore to try, as they are a Speyside distillery that peated their whisky. Or at least used to. Recently the traditional cask was replaced by the Legacy, which is no longer peated and is sad and should stay in the corner and think about what it’s done.

What that does mean is the distillery has some extra casks on their hands. Thus we get to celebrate while the celebrating is good, before the peat all dries up (or isn’t cut, rather) and daddy takes the firebird away, as it were.

Thus the first (and second) Ardmore samples picked by my wife (and each of my cats) is Ardmore SMWS 66.73 “Midnight feast at the pony club camp”. Let’s see how it tastes, shall we?

Interesting nose. Lots of strawberry and chocolate that I’m used to only when they are out of chocolate milk and I need a sugar fix and there’s no cake.

Guys I may have a sweets problem.

There’s some interesting earth going on here too. It’s far enough and away from the sweet notes not to cause too much issue. Also it means I can’t figure out the cask for dick, if you’re wondering.

Meaty. Immediately think of a Ledaig on the taste. Lots and lots of meat and pepper. There’s some funky fruit notes, lots of other fruit that you wouldn’t think of as funky (maybe rock and roll or country), and then some earth.

Water brings out quite a bit of earth.

Sweeter finish. And a big amount of brine initial hurts. After getting past that, you have lots and lots of spice. It continues to build the earth and sweet notes at the end.

Conclusion: White wine casks are wack, yo. Seriously, this has brine, so I thought it was Ledaig or Laphroaig. Honestly would have never thought this was an Ardmore, and I’m really happy I did it blind.

It’s really an odd dram. Starts with some strawberry/chocolate notes, goes on to lots of funk and meat, and then ends with tons of sweets and brine. It’s odd. If the finish didn’t have too much brine, I’d score it higher. It needs some more time with complexity.

One thought on “Ardmore SMWS 66.73 “Midnight feast at the pony club camp””