Sometimes, when I’m feeling down, I buy things that make me laugh. I know it’s not the best idea, however that usually comes after buying it when I think “Too late, this is not the answer”. 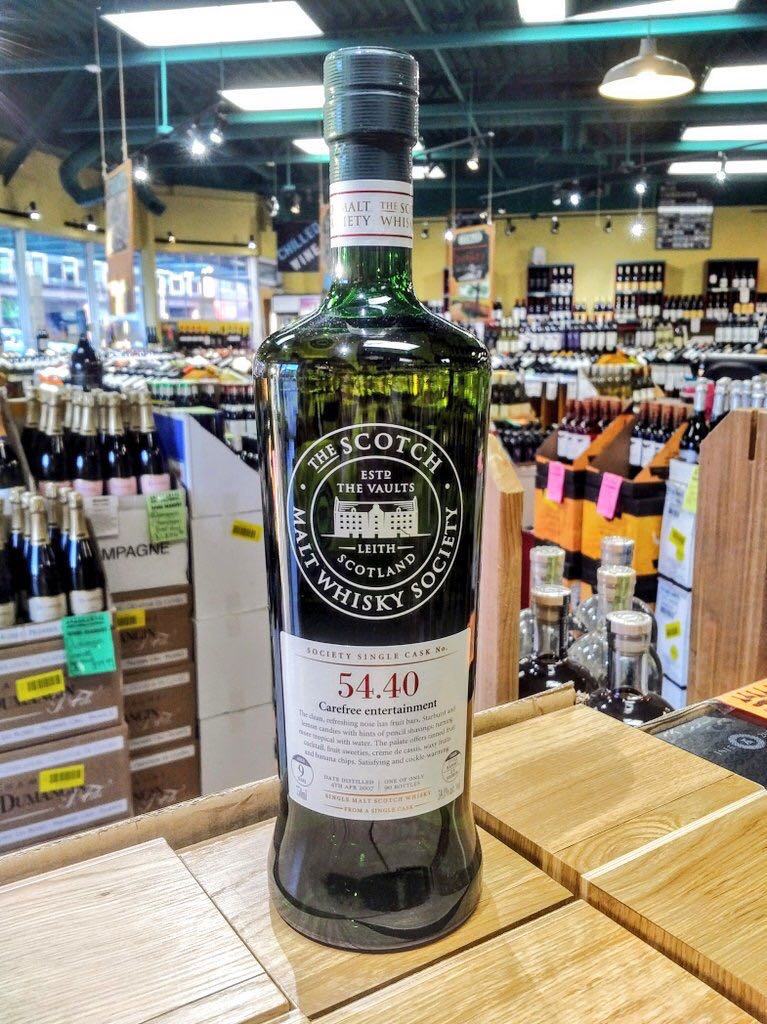 guess Half my head is wood. So What to do now? Well I guess I review my joke purchase. Not too much though, otherwise I Go Blind.

Aberlour SMWS 54.40 “Carefree entertainment” was purchased because like any Northern Soul I do enjoy some Carefree Entertainment. At a time when I was saying Yes to Everything, and Casual Viewin’ some whiskies, I decided to be yet another person who will Blame Yours Parents and buy something for fun.

Thus I ended up Lost in the City with this dram, a first fill ex-bourbon Aberlour. Wait, don’t they typically Walk in Line and all have ex-sherry casks? Why yes, and the sweet profile reminds me why I Love Candy. However this cask don’t Get Away (That Easy), and though it may seem Lost and Lazy to just use a different cask, I, Babay, have Some Faith.

So with the idea that I’ve had ex-bourbon Aberlours and am certainly not one who would say “Love You All”, Since When am I someone to pass up a dram?

Let’s see how this dram is in a Fight for Love. Particularly mine, in this case.

Initial tart, sweet notes with some mustiness. It certainly smells older. However after that, the dram says “What to do now” and stays on that leather and sweet area.

Musty, wood contained, and sweet. There’s some heat on the nose as well. Not something that would be Trusted by Millions.

Guessed this was a bourbon cask at this point in the tasting, just as a Radio Luv Song came on. The continuation of the sawdust, buttery, and pineapple, all as Broken Pieces sticking out, are there trying to put it together. It does taste younger then the nose was denoting.

Rather then the finish screaming “Set the Fire” and running, we have a light tart continuation of what the nose did.

I wish I knew what this was, however the amount of nose makes it seem like we’ve waved goodbye to the Smilin’ Buddha Cabaret of an ex-bourbon cask and Goodbye Flatland to any normal casks and entered into a virgin oak area.

Conclusion: While I wouldn’t say this is an Ocean Pearl, as far as ex-Bourbon Aberlours are concerned, is does Put the “vive” back in “la difference”. Yeah.

This has some interesting notes, tastes above the age, doesn’t have anything that’s particularly Easy to love, however overall tastes nice and stays within a Casual Viewin of its flavour profile.

Certainly better than some Aberlour’s I’ve had (ex-bourbon in Particular with Plent Emotion and then rough notes that Take Me Out like an Animal in Pain), and worth having a dram.

Guess: Glen Moray that has some virgin oak influence?