Thanks to /u/twiddleDD for this sample

There’s an odd issue that happens when you drink IBs and single casks quite often: You start to forget some of the main aspects of the flavours inherent in the main brand. Let’s take Bunnahabhain, for no reason whatsoever (obvious wink).

Bunnahabhain is known for rich molasses brown sugar notes, lots of dark fruits, and while it’s from Islay, no peat.

Now take a second to think of that. And then imagine that as it ages more and more, there’s more umami, earth, changes to the fruits, and lots more spices. Okay?

So we have some variance beyond the typical whisky “single cask” versus “standard vatted age stated malts”. 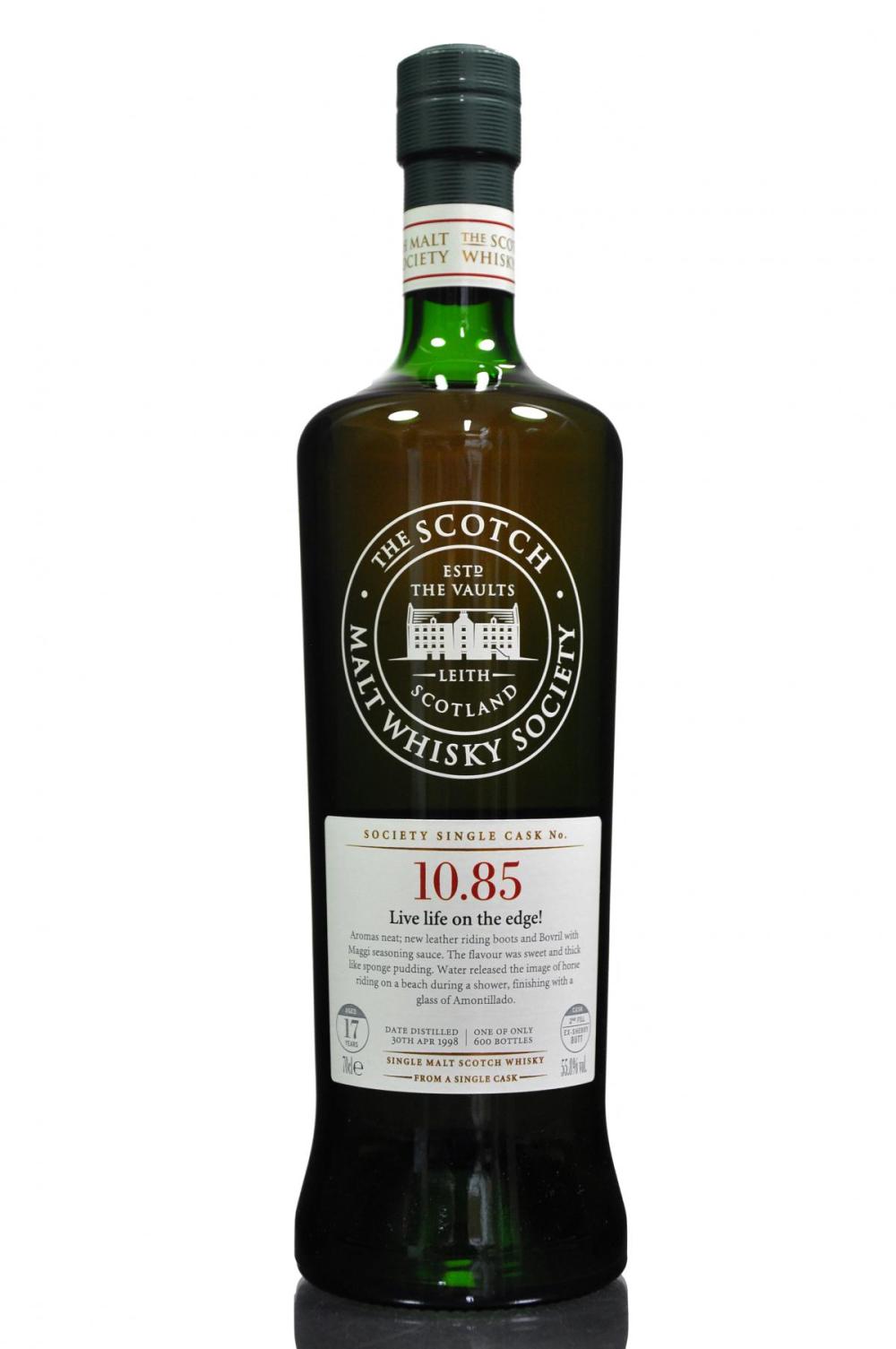 Joking aside, it’s been awhile since I’ve had Bunnahabhain of this age that didn’t have anything else going on. And it’s a nice wake up for me, as without it I wouldn’t have examined my habits. So soon I’ll be doing quite a few Bunnahabhains to catch back up.

For now, let’s stick with this one, and see how it tastes, shall we?

Initial nose of a strong, sherry influenced malt. Lots of citrus, nice amount of almond/cherry notes. It’s not first fill based on the nose along. This has more of that light element.

As I said about the standard OB 18, this has elements that remind me more of a brandy or Cognac rather than a whisky. Very sherried.

Big cherry flavour, and now there’s enough brown sugar, pine, and even nutty/caramel notes to swing back to a whisky once more.

There’s a light element, some mint/grass to round it out and add some liveliness. Kinda like being at a boring party and someone brings a labrador. You can’t be angry around a labrador. Or sleepy.

Big fruitcake finish from this one. There’s a bunch of buttery popcorn, and that lightness from before has teamed up with the citrus to round it all out.

Nice complexity throughout, though at this point it’s at the peak.

Conclusion: An interesting dram, probably one of the nicer sherry bombs I’ve had in a long time. The nose should have tipped me off on what this is: It’s very close to the 18 OB version. That said, the taste and finish are the real parts that explain why this didn’t end up in the vatting tank.

A big flavour on the taste, and an even bigger, complex flavour on the finish. This is your Xmas dram, with the Xmas spices and big fruit flavours. I love it, and it makes me want to return to some other from Bunnahabhain.

Guess: Has a lot of rich sherry notes. And since I haven’t had an unpeated Bunnahabhain in awhile, I forgot they get like that. So I guessed Dalmore.

One thought on “Bunnahabhain SMWS 10.85 “Live life on the edge””