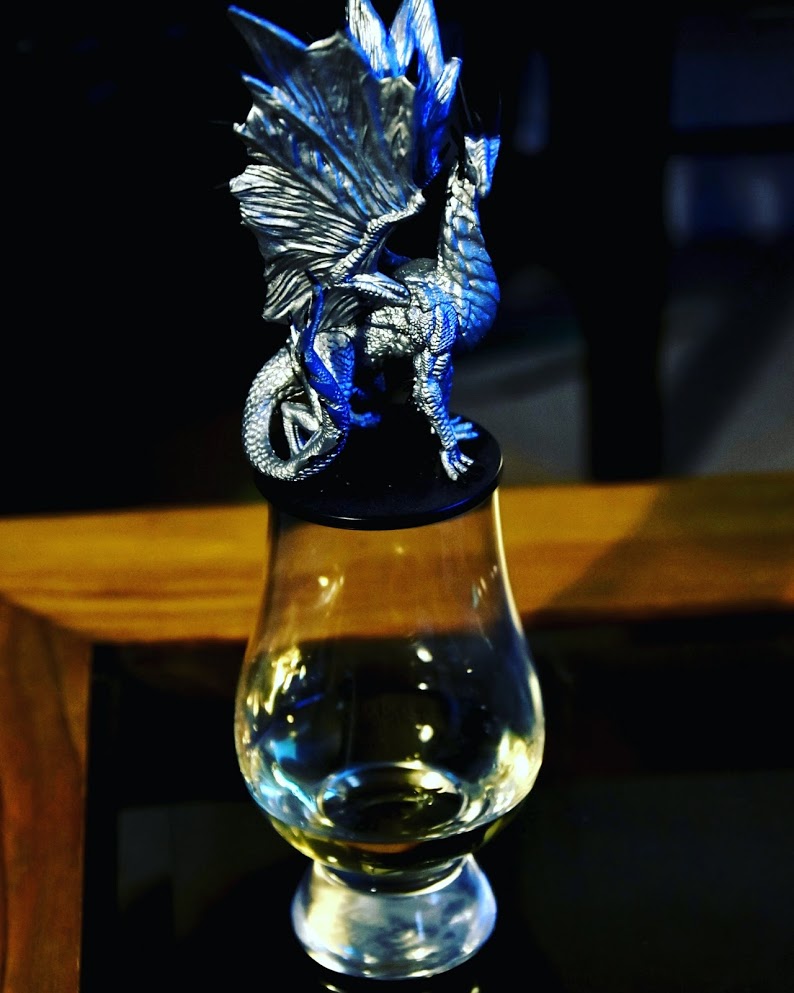 Anytime you go to a place that is by an Ocean or Sea, there’s something in the air that immediately tells you it’s different there. And that thing is salt.

Salt ends up being everywhere. Much like a poet once wrote about sand, salt is “coarse and rough and irritating and it gets everywhere”. However that constant smell, that light addition to everything you do, all adds flavour to life.

Today I’m reviewing Highland Park SMWS 4.227 “Dreaming to the sounds of the sea”, a young Highland Park that has been aged in ex-bourbon casks. Much like walking around a fishing village, you can get tripped up in the name. In the case of the village, that’s usually someone’s net and they have a few choice four letter words for you.

Here it’s whisky. So I think we’re safe. Maybe. Whatever, let’s get to the whisky, shall we?

Initial nose is 100% like walking past an oyster bar. Due to my inherent cheapness and concern over eating something I’ve heard described as “tasty snot”, I’ve never had the chance to try one. And any time I’ve been in a situation where they were free, it was also the kind of situation where you don’t want to react poorly to tasty snot by spitting it across a room.

However I’ve smelled them while passing by an oyster bar, and this smells like that. Eventually there’s a sour umami/beef element, some butter, and then it all eventually relaxes with some herbal elements. Quite interesting on the nose.

They put hot sauce on oysters in the Southern US, right? Cool, we’re still sticking with the theme. Interesting mixture of butteryness, continued butter, and then some heat, vinegar, and spice to round it all out.

Sure, it’s not so much by the sea anymore, but it is a dream I once had. Granted I was juggling and the world was purple, but close.

Interesting finish. it doesn’t so much live up to the sea elements, instead taking an umami/chicken noodle soup route. Not that I hate chicken noodle soup, just… well the whisky isn’t called “For the Soul” or something like that, so it’s a mark against.

Ignoring that obvious joke, the finish seems like it’s part of a different whisky altogether. It’s nice, just not going along with the rest, like that one friend who breaks the theme at a Halloween party.

Conclusion: The nose on this is really the most interesting part, with a close second being the taste. This is one of those unique, fun drams. I can see where some people may not enjoy it, as it’s more unique than complex. Heck, the finish seems out of left field and turns out to be a football. And we weren’t even playing a game.

That all said, this has to be one of the more interesting ex-bourbon cask Highland Park whiskies that I’ve ever had. Really reminded me of a non-lime Ledaig. Sadly this is just an odd single cask, because if they could recreate it, they’d have a consistently interesting whisky on their hands.

Guess: Some sort of Ledaig?

Actually: Highland Park SMWS 4.227 “Dreaming to the sounds of the sea”

One thought on “Highland Park SMWS 4.227 “Dreaming to the sounds of the sea””