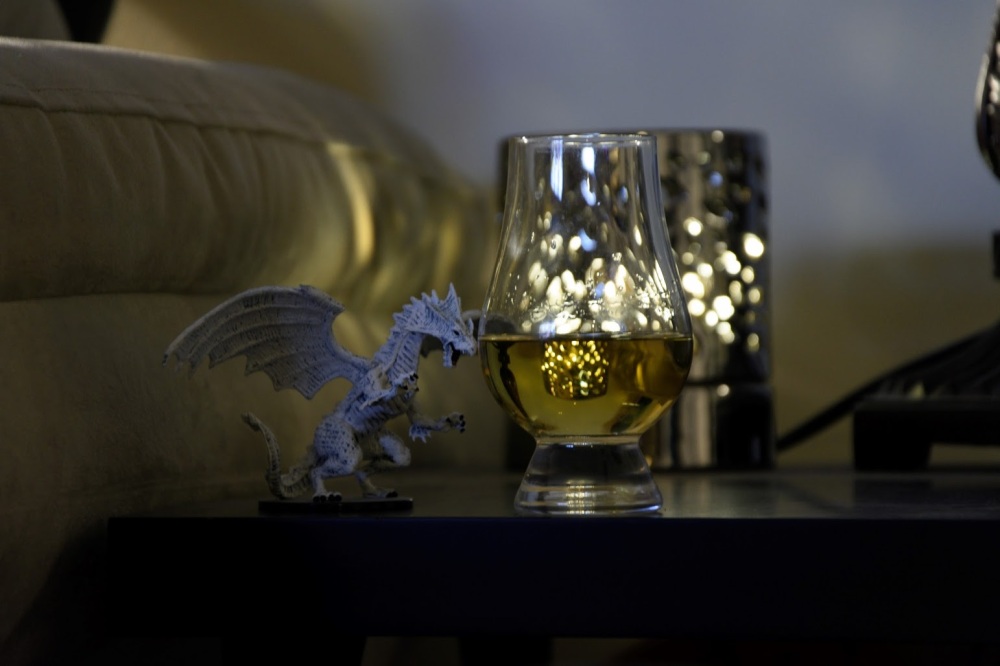 Thanks to /u/twiddleDD for this sample.

When I was in school, I happened to watch a game of cricket a few days. No, our university wasn’t trying to be the only one in Canada with a team. More so we had enough international students, predominantly from Southern Asia, that they could come together and use our large central grassy area as a cricket field.

And even after skipping studying for much too long to stare at a group of gentleman having a great time, and seemingly understanding the game, and then later being super wrong when I declared the ashes were the ashes of a person (no, no they are not), it would still blow my brain if someone ever uttered the words “Anyone for cricket?”

Laphroaig SMWS 29.159 “Anyone for cricket?” is the reason for that stumble down memory lane. The fact I was 8 stories above the particular games I watched means the name may as well be written in an Alien language, and then translated by Google into Latin.

Lots of caramel notes and creaminess on the nose. If I was expecting a bombastic Laphroaig after the recent tasting or just based on past encounters. This is light, more vegetal, and caramel heavy.

Nose is quite light. No real strong peat notes.

Here’s some of the peat elements. I love me some BBQ baked beans. Big ole chunks of pork floating in there, lots of meatiness, umami, and acidity. Eventually that goes to almost more meatiness.

Yeah, maybe the name means Anyone want to eat crickets? In a sarcastic way. Because pork and chicken is really, really tasty. Though crickets are better for you (either one).

Where was I? Going on a long walk? Oh, it ends with more herbal and fruitier than the nose.

Again, a finish that seems to say “I’m not really that peated”, which we all know is a lie. Water/time gives you that vegetal peat aspect, however blind this could have snuck by as maybe not peated?

The nose was sweet and herbal. And both of those things kept to themselves. So it worked. Then the taste was meaty happiness, which if the world keeps going the way it’s going, we’re going to need more of before we overpopulate and all of us plebs are eating soy and hoping it’s not made from people.

Yeah, I’ve been reading cyberpunk lately, why do you ask?

Finally the end is dry, sweet, and has a hint of peat.

So who should buy this? People who normally don’t enjoy peated malts. I enjoyed this. Would I enjoy it if I had Laphroaig before and didn’t know anything about it? Probably not.

Guess: Laphroaig, since it’s the last peated one I have left