Thanks to /u/cdig81 for this sample!

Almost a decade ago I was lucky enough to have a manager who was super organized. And she shared how she was: Excel.

So when I started reviewing a few years ago, I used Excel to keep track of everything. So I typically know when I’ll be reviewing one of your samples well before it happens, assuming no delays or if I take a day off from drinking (either for mental or physical health).

What does that have to do with Blair Athol 19 1997 Cadenhead’s Small Batch? I forgot to write it down, and honestly had this mystery sample floating around for awhile. So instead of getting all bent out of shape and worrying about my precious organization out of place, I just put it to the front and decided I’ll have it soon.

Soon is now. Or then. Really it was then, but it’s now now, not then now, and soon happened. Got it? Great.

Blair Athol 19 1997 Cadenhead’s Small Batch is a dual ex-bourbon hogshead dram, made using their ancient water source, Allt Dour, aka the burn of the otter. Perhaps that otter should have used safe sex, otherwise there’d be no burn.

Regardless of the bad habits of an otter’s sex life, we don’t know too much about this one. It’s an IB, so let’s dive in, shall we? 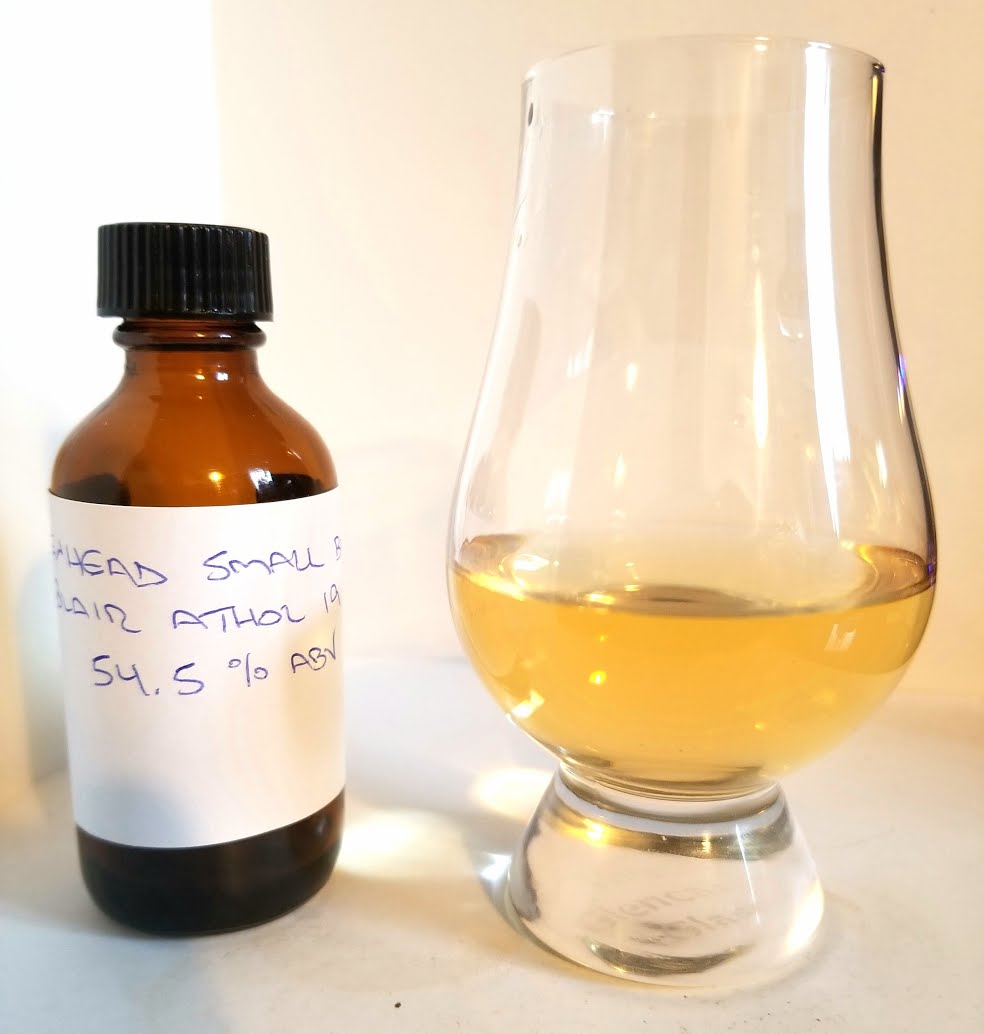 Initial nose is very much smoke and heather taking over. Lots of that grass element, some citrus and cream, and some ash.

So far it’s nice and strong.

Initial taste is a lot of heat, which goes into this earthy, salt/caramel thing. Lot to take in here, and it’s a bit of a barn burner at first.

I suggest water and time with this dram. There’s parts that tie it together, and some sweetness to be had without going overboard. However at first the heat is turned up very high. Like that otter’s urethra, I would imagine.

A medium, simple finish. Almost tastes too young here, with pine and ginger being the main elements. The more I come back to the dram, the more I find it not really giving me anything. Which is too bad, really.

Conclusion: A nice, powerful nose, followed by a confusing, but eventually okay taste, and then a “meh” finish. This is a let down in one of the surest ways, a dram that promises some things, nearly makes it, and then fizzles out.

That said, I’m an “all of the package” type of drinker. If you don’t care about a finish (teehee), then don’t you worry, this is for you. The taste is really quite unique, and the nose is what you’ll love, if you love grass (not that kind).

So what I’m saying is try this before you buy. I don’t love it, however I’m happy I got to try it.