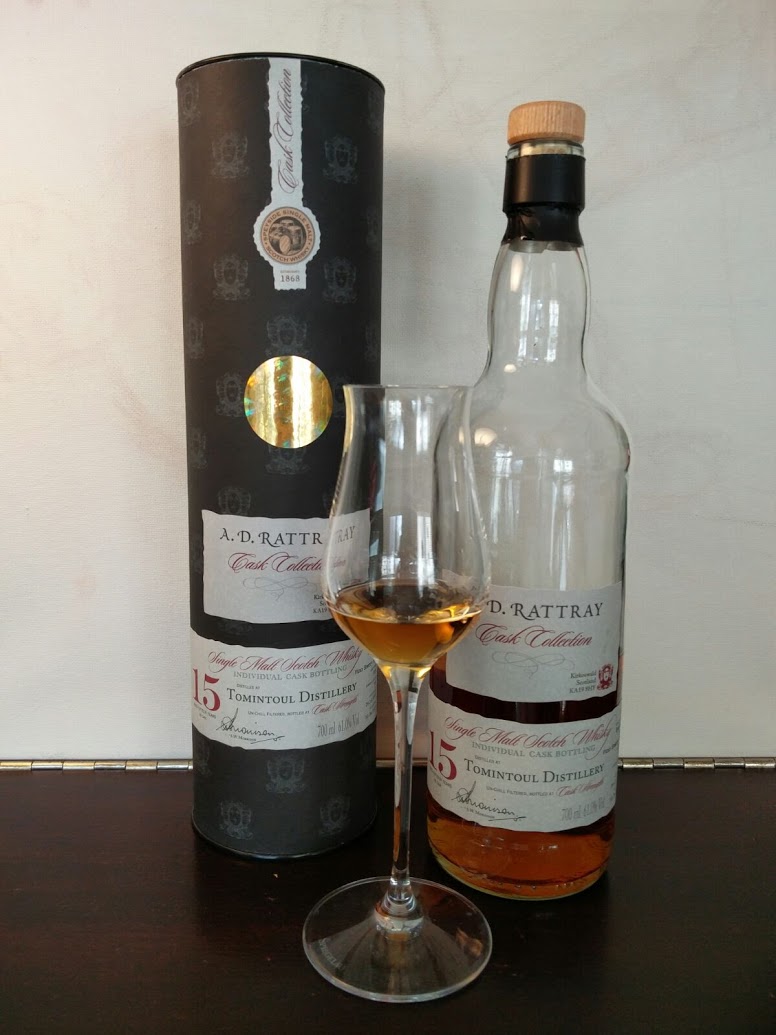 Thanks to /u/devoz for bringing this dram to our latest tasting (that I’ve written up).

Quite a few years ago, a now forgotten person requested reviews on Reddit for whiskies from distilleries that started with T.

Now the requested review posts didn’t seem to work from a timely point, and we stopped doing them. However I actually kept track of them, and tried to do as many as possible. Including the request for more reviews from distilleries that start with T.

As such, I ended up with two larger reviews, both of which started with T. Tomintoul ended up one I reviewed a few from. And in the interest of being clear, I wasn’t the biggest fan of them.

Thus during our recent tasting (that I’ve written up), when handed Tomintoul 15 A.D. Rattray (it was part of a split, thus why the bottle it’s in looks odd), I mentioned this. I was told that no one cared as they enjoyed it and didn’t make it, so just try it.

So Tomintoul 15 A.D. Rattray Cask Collection was aged solely in Fino sherry casks. And that, in and of itself, is pretty cool. Because I haven’t had many ex-Fino sherry whiskies. Not because they are automatically amazing or anything. 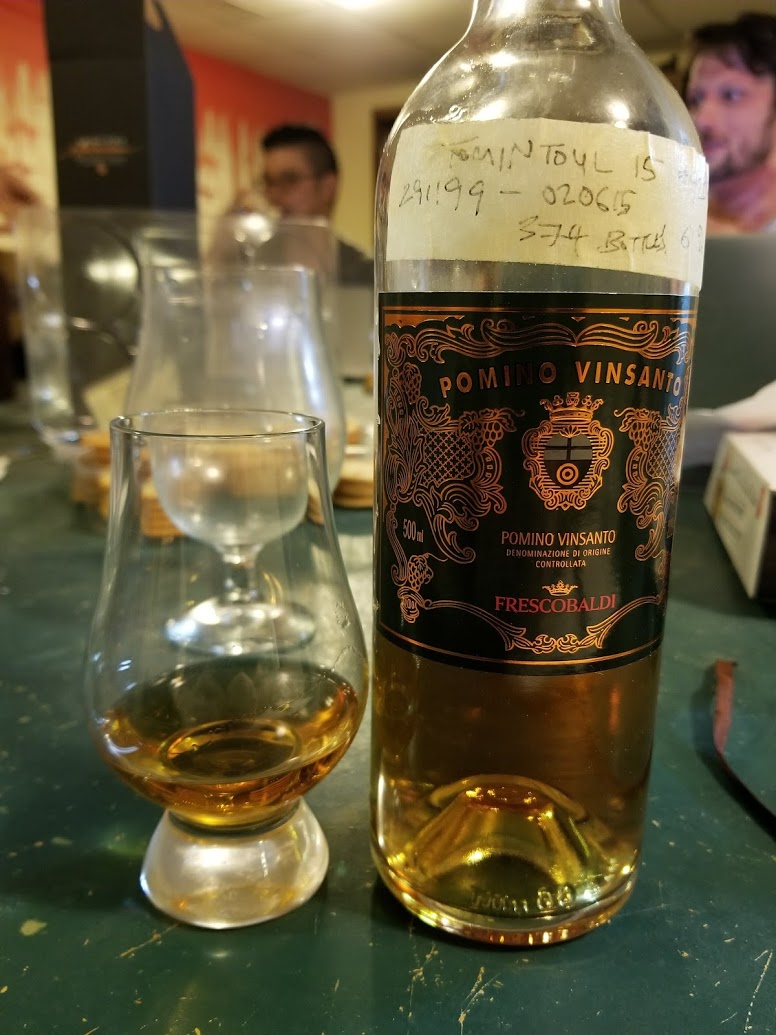 Interesting nose. Lots of citrus notes going on. Like acid (the flavour, not the drug)? Then this is for you? Like the other acid? No real way of telling. Mabye? You do you bud.

It also has this creaminess to it, giving you that cheesecake happy time.

More butter, however this is hot. I know, I know, it’s 15 years and 61%, no shit it’s hot. Couldn’t be hotter if it was Paris Hilton and this was the early 2000s. Almost wish they had given it more time in the cask.

Finish has some oak and nuttiness, as well as some strawberry herbal notes with water. It’s somewhere between a nice fruity element of a PX and that cheapy flavour of an Oloroso finish.

Conclusion: Takes water really, really well. And it needs it, very much so. That may be the something that people end up skipping this one over.

Tomintouls buttery elements actually were helpful here. I just think that they hit cheesecake on the nose and said “Well, this is the best a Tomintoul can get, we’re cool”.

Yeah, that’s mean, and I don’t mean to be mean. I just think this should have been in the cask longer, and that beyond the nose, it was just alright.

But if you do have this, have water on hand.