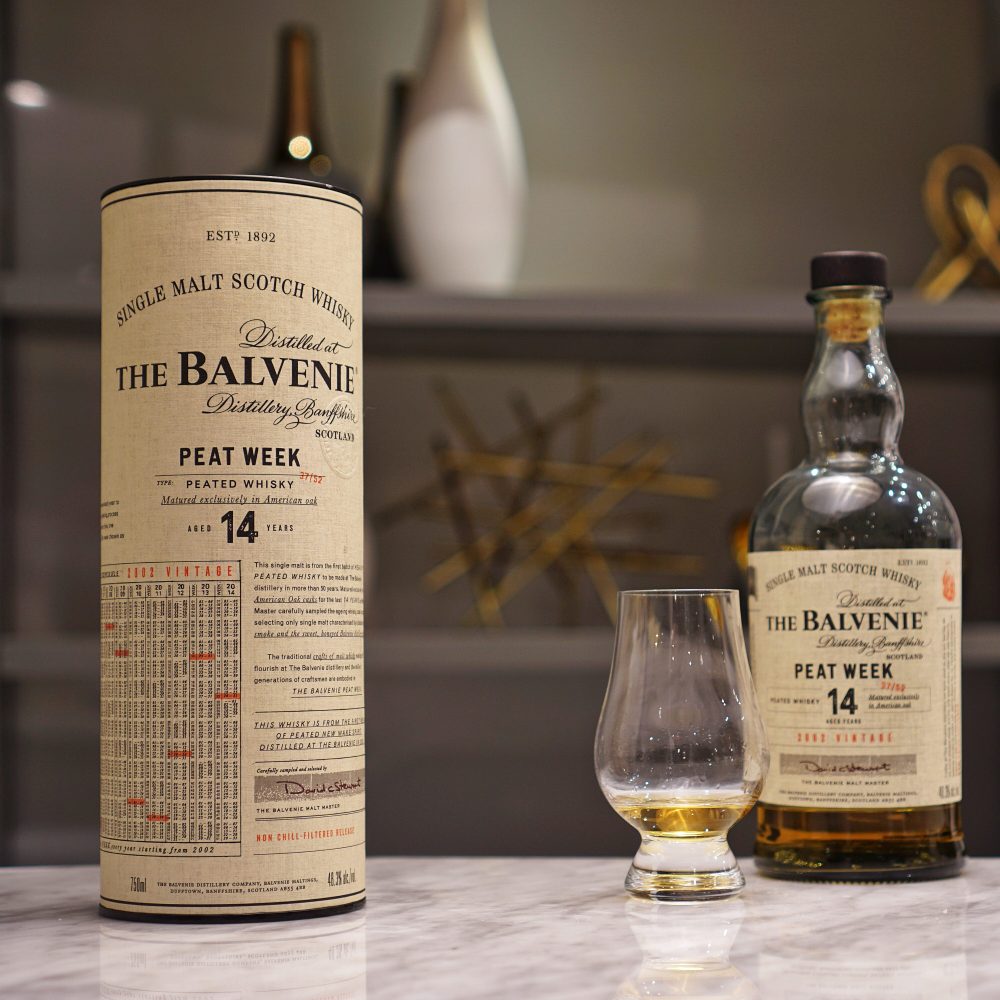 Thanks to whiskytanuki for taking the amazing pics at the recent tasting.

With Spring slowly coming, we all do some spring cleaning. Well those of us who don’t show up on TLC reality shows do at least.

For some distilleries, doing runs of unpeated whisky or peated whisky is very similar. They spring clean their distilleries with it. However Balvenie 14 2002 Peat Week is different, as it’d be silly to clean with peat.

So in 2001, David Steward and Ian Miller decided they’d make a peated whisky. Clean out the old ideas, try something new. And they used Highland Peat, which is missing those salty elements we’re used to. The malt is peated to 30 ppm, and then laid down.

So after all this time we’ve seen the result, Balvenie 14 2002 Peat Week. Aged in ex-bourbon casks, limited run, and at the stronger strength of Balvenies.

I have to say, it’s pretty gutsy to peat something from Speyside. You’re taking on the peat maniacs with a lot of different elements.

Floral, and then lots of earth and sweet notes. Lots of sweet notes mixed with smoke. So basically like having BBQ.

Or knowing that one guy who eats too much BBQ. Don’t smell him. Or her.

Richer taste at first, the smoke is evident. This is quite peated. That said, the Balvenie malt isn’t lost on it.

Finish is… potato chips? The earth of both the malt and the peat as well as the sweet elements of both hit you at the end.

It’s quite grassy and sweet at the end.

Conclusion: This is interesting. A unique malt that shows off a different side to peat.

That said, and I’ve said this before, whenever I have a Highland peat, I miss the iodine. Frankly I think I’ve been married to a Newfoundlander for so long that I need salt in order to feel something. It’s a lovely life.

There’s elements of Balvenie here and elements of smoke. Neither takes the other over, and I can frankly see why Balvenie fans, and even non-Balvenie fans, enjoy this. It has aspects of old Glen Garioch, which is good praise. That all said, I want that little extra, so I take points off.