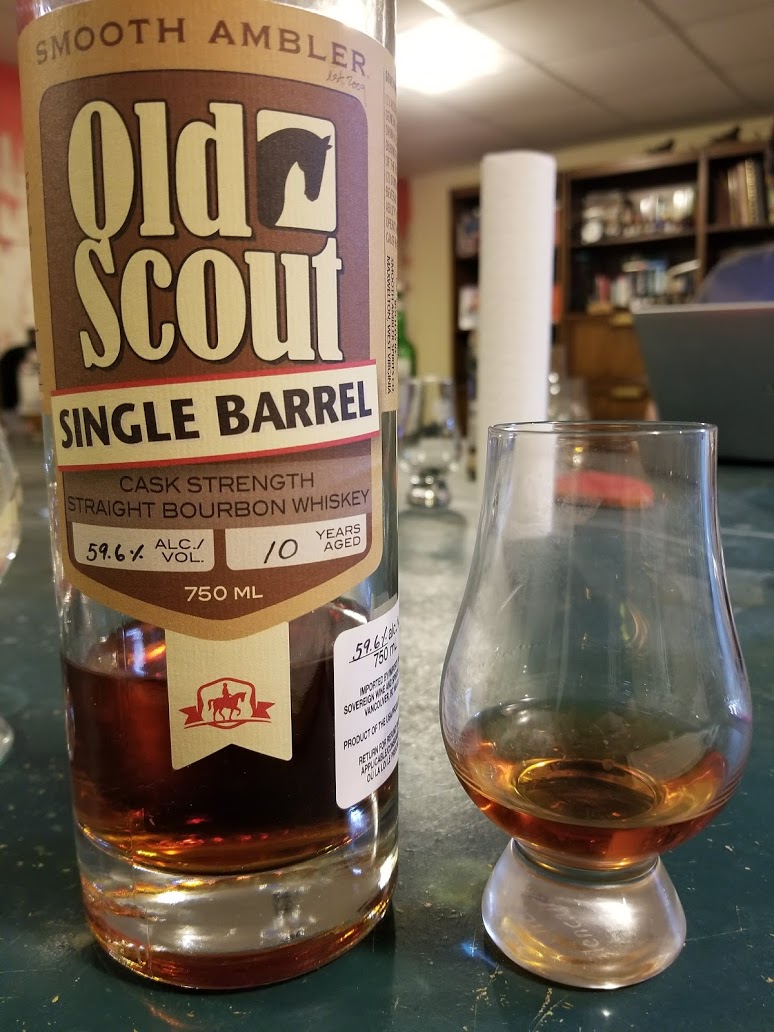 Thanks to /u/devoz for sharing a sample with me.

For those of you who got plenty of sunlight and perhaps human contact in high school, it’ll evoke perhaps King Lear or old medieval paintings, with fantastic colours and silliness all around.

For those of us who had an addiction to cardboard crack (a.k.a. Magic: The Gathering) and are old enough will know that it was a card. And not just any card, the most expensive one from the original set, Ice Age.

And some of you will read that and wonder… wait, was it the most expensive? For some people they didn’t use it and only ever needed two… thus making the card not that useful, and selling for $5. Others just saw it as powerful and paid the full $30.

That brings us to whiskey. Some whiskies sell really well. Lot 40 12 Cask Strength sold out in Ontario really quickly, and stuck around on shelves in Alberta for too long.

In some places a whiskey like Smooth Ambler Old Scout Single Barrel 10 Bourbon Cask 3301would fly off the shelves. Yet in Alberta, they skipped it.

Luckily devoz had visited, tried it, realized that we never get bourbon in Ontario like this, and bought a few-ish bottles. Now I get to try it.

So this is a ten year single barrel from Smooth Ambler. The mashbill is 60% corn, 36% rye, and 4% malt, made through continuous column distillation.

I like high rye casks, so let’s see what I feel about this one, shall we?

Bottled by: Sarah, though I thought it said Saul or Sandra for awhile there

Nice calm nose. Lots of oak influence. Given some time and water, more vanilla pops out. Lovely amount of butter.

This won’t hit you over the head with flavour. It’s more mellow and slow going. Oddly like Jester’s Cap, if I remember right.

Vegetal and hot on the tongue. This takes some time to open up, though you can say goodbye to dessert and eat up your veggies. Granted I think some famous bards once said that you can’t have your pudding if you don’t finish your meat, so abusing that saying as much as possible, you gotta drink your vegetal parts after you get your pudding.

Clean finish. Nothing brash to barge in. Makes it a little harder to grab onto things, needs water to really open it all up.

Conclusion: A dram that you have to take your time with. Honestly I can see why a group of people would skip this. It’s not a bourbon that I could just drink to have a whiskey, it’s more like one that you have to sit back, stare at, and try to mentally figure out.

Subtle dram. Not many would like it. However I enjoyed it, and wish that Ontario would get some of these every so often.