Thanks to /u/jeremyheavy  for this sample.

I gave this score just as Macallan had announced they had to pull this whisky from the market in order to meet demand. Which was sad.

Years later I hear a rumour that it’s coming back. And since I mention the fact that I’m down to my last couple ounces (stored in a separate boston round bottle to avoid oxidization), this seems like a good plan.

But I’ve been burned before. And we’re not just talking about my love of baking. Or my inability to take heat. Or my love of BBQing. Or that time I stepped on hot coals.

So I hunted down a sample of Macallan Classic Cut, the new sherry cask strength offering. I guess it’s not that new, but these things take time when you’re on a budget.

So the king is back. But is the son worth the title of the father? It’s the same type of casks (Oloroso casks from Jerez, Spain), it’s the same juice, and it’s still NAS. 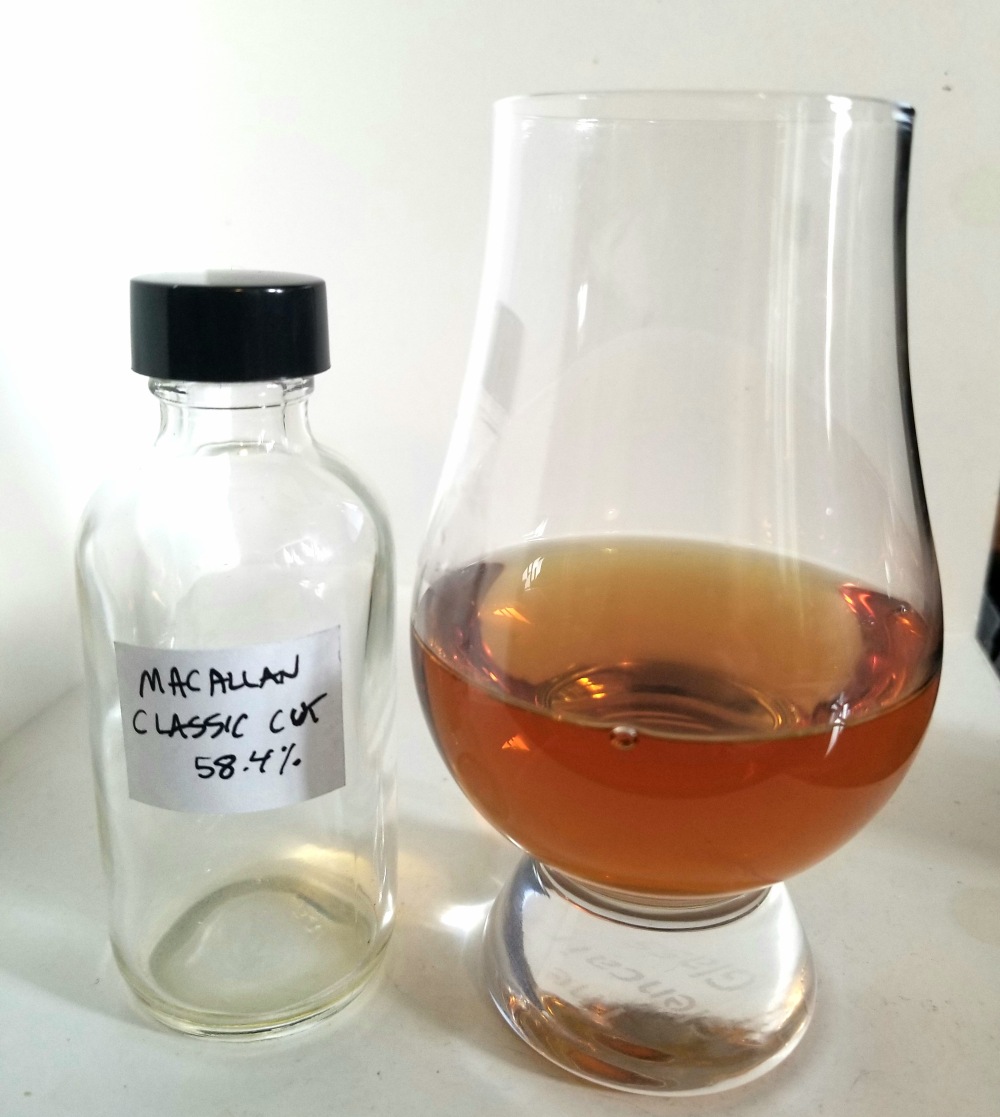 Interesting nose. Lighter than the cask strength, though still has that nice light cinnamon note. It’s Xmas all over again.

More grape, nice brown butter flavour, and butter tarts pop up. If you’re not from Canada, Butter Tarts are a tart that is filled with a pecan-pie like filling. With either raisins, pecans, walnuts, or nothing.

Sweet, some salt to amp up the caramel notes, slightly nutty, and just a little fruity/spicy. Easy to sip on, and quite tasty.

Finish attempts to have that strong, kinda spicy finish that cask strength had.

That said, there’s more burn and less spice to it. It’s nice and orange and caramel, but overall doesn’t blow my mind.

Conclusion: A simpler Macallan cask strength. I’m assuming that they need to take a few years to build up enough casks available to release this version.

If you buy this thinking it’s as good as the old one, you’ll be sad. However if you buy it expecting a balanced sherry whisky that shows off a nice sherry cask, then you’ll be happy. It’s a sherry bomb, though not as crazy as other cask strength sherry casks.

One thought on “Macallan Classic Cut”