Sherry casks. An entire business unto themselves, the lack of old English ladies seemingly erupting from the earth to keep drinking it, sherry makers have started making a quick version of sherry, leaving it in the cask to season them, dumping it out, and boom, you got your casks.

I know that this isn’t done for all sherries. Hashtag Not All Sherries and all that. It is for some. And upon visiting Ireland, I found out that they bought a lot of these casks to use.

Which brings us to Teeling Brabazon Bottling Series 01. The first in the Brabazon series. This one is meant to explore how sherry impacts Teeling Whiskey. A total of six casks were used to make this whiskey.

The Brabazon name comes from one of the first families to come to the Liberties area of Dublin. The Liberties being where distilleries located themselves since it was outside the taxed area of Dublin. And the Brabazons presided over the area for a short while. You know, just the 16th to the 19th centuries.

Which is short in the history of Ireland or the world. For the rest of us who only get 60-80 years here, that’s a fuck ton of time.

Thus we have a limited line of single malts that are vatted from similar types of casks, named after former rulers. The first, sherry casks. The second? I haven’t obtained a sample yet. However, I hear it’s port casks and I’m interested. 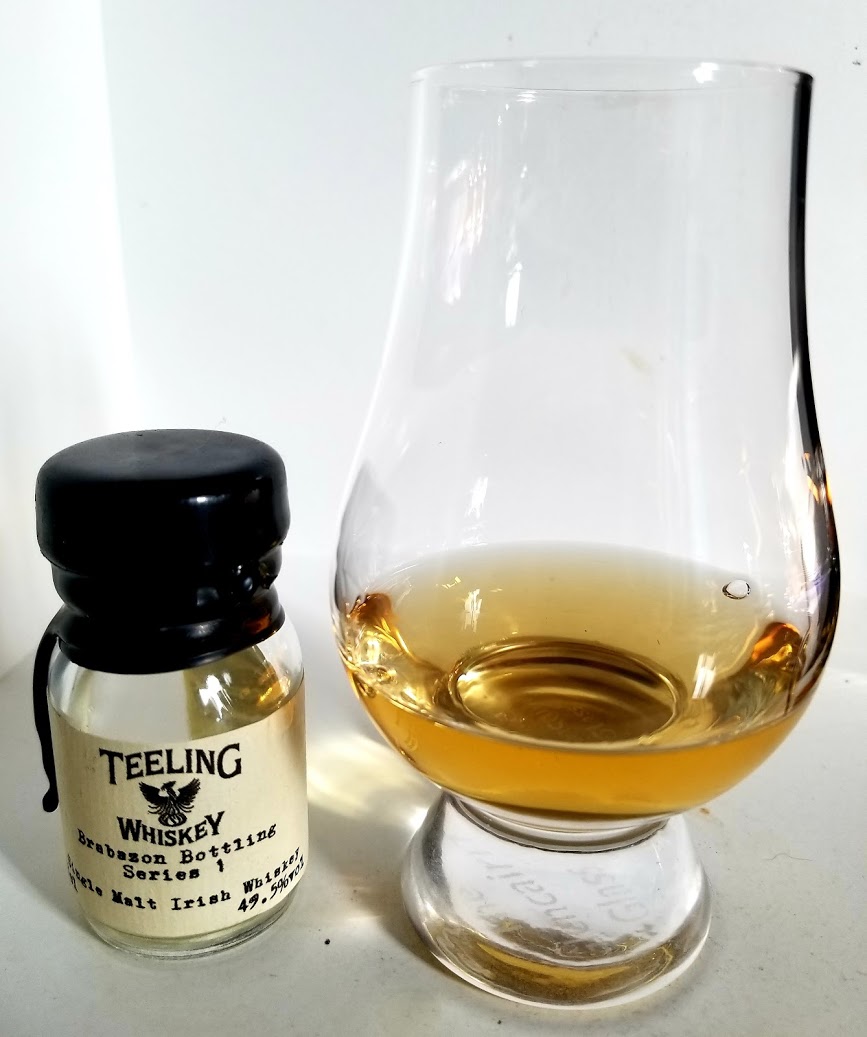 Yup, this is sherried. Lots of rich raisins, spice, more spice, all mixed with that yeast, bread Irish whiskey character.

I like the molasses and spices. It’s Autumn in a glass.

Some spice, and then some simple spirit notes. It starts out big, continuing the autumn, and then… falls off.

It ends up hot and simple, with butter and raisin to try and help it out.

Finish tries out something different: Floral. It jumps around with lighter sherry elements and some of the brown sugar.

However it never really hits the big, nice flavours of richness that the nose didn’t. It’s nice, just not as great as the nose.

Conclusion: Very raisin/spice heavy. I see what they were trying to go for. The nose gives you the idea that it’s going to be this rich, Fall forward dram.

So it’s a good dram that I liked. But I think it could be better. Or maybe some things were sacrificed for others. Or maybe one of the casks was too young. Or maybe I’m wrong. Whatever, it was nice, it’s fine. Try before you buy.