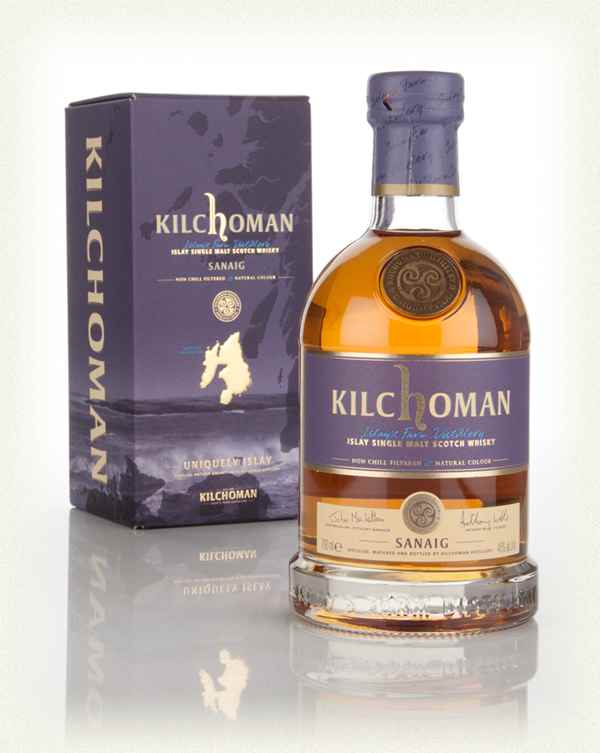 Thanks to /u/j4ni for the sample.

New series called “There will be Kilchoman till the score is paid”, in which I review Kilchoman until I run out of Kilchoman.

Sherry and peat are one of those combinations that you probably get to know in whisky 101. You show up to class, someone beats you up for your daily dram money, and you pine after the cool guy/girl/ non-gender specific potentially object who knows how to make a really great spirit of some sort.

Yeah, that scenario got away from me, let’s just say that the first thing they tell you is peat and sherry. And probably after that peat and port. Maybe. I don’t really know how Whisky 101 goes. Obviously.

The fruit and smoke combination is why we like BBQ and chocolate covered pretzels. Those things are super tasty.

Kilchoman Sanaig is a vatting of ex-Bourbon and ex-Sherry casks, released on NAS, and comes out on a regular basis. Let’s see how it tastes, shall we? 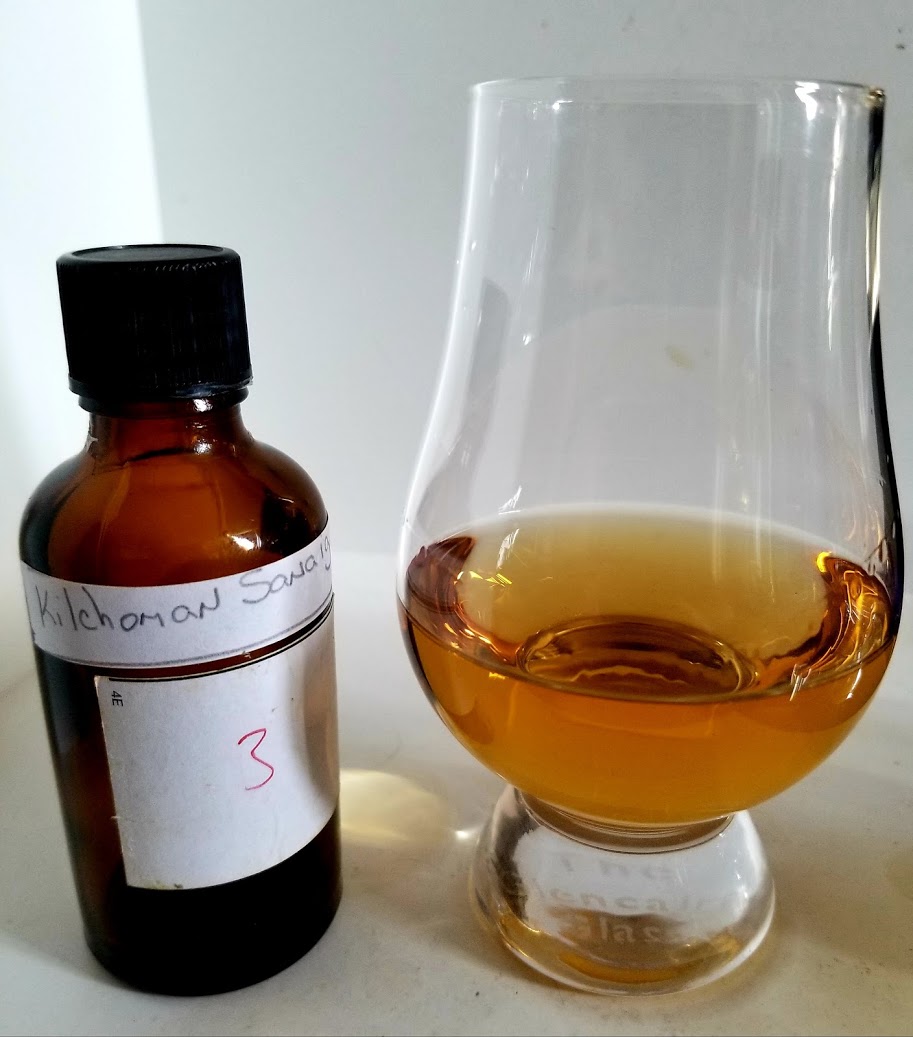 Nice rich buttery, tart, sweet pie flavour. The ex-bourbon kicks in with some pear, some grassiness, and the smoke comes out with spice and a burnt flavour.

So yeah. BBQ. Even vegetarians love BBQ. As long as it isn’t meat.

So again, we have a mixture of tropical, spice, and creaminess. Less red fruit than before. Which is nice, it changes up.

Starts out nutty and filled with molasses and butter. The BBQ from the nose and the lemon aspects from the taste bang and make a child. In a wonderful way. Whatever normal people do to make children. I’m personally avoiding it.

That’s probably a relief for everyone.

Conclusion: BBQ. Sums up this dram. It has those fun citrus, fruit, and brine notes. No meatiness to turn off some people, but big smoke.

It takes things in interesting directions. It’s not going to blow your socks off. It is nice to sip on as a daily dram. It’s a good replacement for another ex-sherry peated whisky out there. Heck, I’d even consider it over some whiskies I had when I was starting out.

One thought on “Kilchoman Sanaig”