I used to not eat a lot of seafood. My father had fished a lot as a lad and brought every piece of fish he caught home. Eventually, my grandmother, being a patient soul, informed everyone there was no more fish to enter the home until they eat what’s in the freezer. As such the idea of eating fish after that marathon fish diet was not something he savoured, and we had it every so often.

Then I married a Newfoundlander. For our American friends, that’s the same as saying “And then I married someone from New England” for our purposes. For the rest of the world, just add in “Person from Edinburough, Portuguese, from a fishing part of the country of your choice” and we’re all good.

So when I had a chance to try fresh scallops and pork belly, I knew it was going to be tasty. It was, to me, a seaside surprise.

This is a cask strength, single Oloroso sherry cask whisky Laphroaig. Let’s see what kind of surprise (not plural) it can be, shall we? 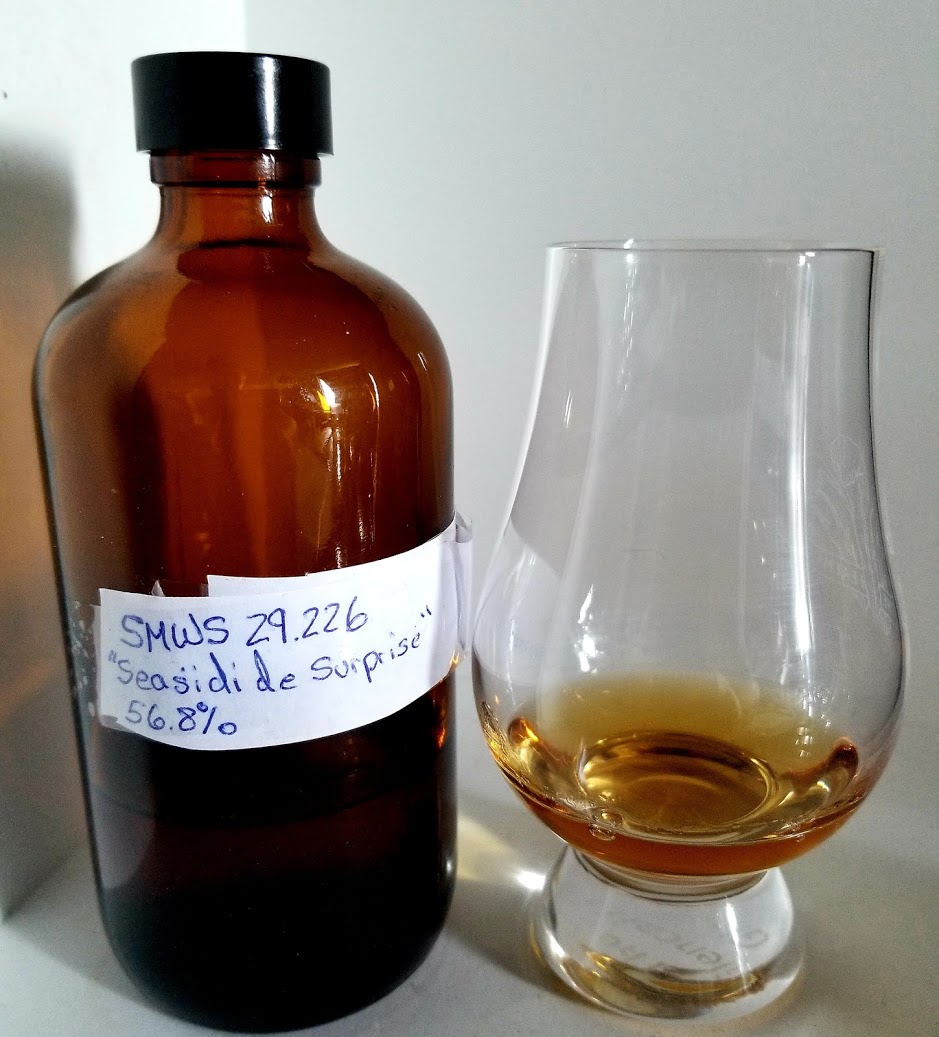 Eggy creamy and a bit of cereal at first. Immediately I get where the name came from. The salt air, the earth from the sand and some lovely fresh notes.

More meatiness comes out with time, and water brings on the sweets. It’s immediately wantable, enviable. Whatever the word is for wanting to put something into your body with “able” at the end.

The salt is here, however, it’s clamped on hard onto a meaty aspect. Lovely fruit, mint and even some pigskin. Water, again, gives more sweets, yet the herbal and salty elements don’t leave, much to my happiness.

As a kid I fell into the surf down in Miami and ended up spitting salt out the rest of the day. This is more balanced, for those of you who were there.

Lovely developed salt. My only issue at the end is the sweets are quite raw. Think corn syrup over an apple turnover.

The finish it does some things right, and other things raw. Like that one couple that never left their hometown, they’ll warn you about doing things raw.

Conclusion: All the best parts of the sea and pig to eat. The pig/meat aspect shows up. Or maybe it’s more beef. It’s meat, that’s for certain. Sometimes it’s pork, sometimes it’s beef. It all works well with the right amount of everything.

The only thing I’m docking points on are some raw aspects on the finish. This is an Oloroso cask done right, a great Laphroaig, and overall a good connection to the name. Maybe not use the same name again though, this may end up complicated.