Continuing on the new review series that I’m calling “Caol Ila doesn’t sound like anything I can make a joke about and I need to name a series oh well just don’t write what I just said, yes this part.”

There’s a funny aspect of enjoying really, really peated whisky. The younger whiskies typically show off the sheer amount of smokey, earthy aspects, similar to walking too close to the BBQ pit. It’s typically what keeps some people from enjoying peated whiskies.

As it ages, peat subsides and becomes more rich, chocolatey, and wonderful. Even the inherent flavours in the spirit start getting into the act. So much so that they can be some of the nicest complexity in these older drams. So much so that non-peatheads would enjoy them. However, they avoid them, what with not liking peat.

Thus we hit the older whiskies from Caol Ila, the ones we expect to have those flavours. All are independent bottled, one is 28-years-old, and two are 29-years-old. Also oddly all are from 1983, which I didn’t notice until now. I may have been drinking.

Let’s see how they taste, shall we?

Nice brown sugar and nectarine notes. Not what I’m expecting from a Caol Ila. There’s no lime aspect. Water makes it more like another Islay-based distillery. That maybe sounds like it’s an amphibian.

Lighter nose than I was expecting too. The brown sugar is the only prominent aspect (campfire amps up with time).

Lots of anise on the tongue. And vinegar with some caliente aspect. Not an alcohol burn, but that fun burn you get from hot sauces that people love when you hand them a cracker with it on it.

Water brings out more of a sweet aspect, and best of all the chocolate that peat becomes. That said nothing really turns off the anise. Ever. It’s Anise every day like we’re in a Nordic country at the candy counter.

Sweet and vegetal. And finally has the citrus I’ve been looking for. Also finally has the complexity of a 28-year-old dram. Was getting worried that the world had gone all topsy-turvy curvy blurvy…

The brain may have stopped there during writing. Don’t worry, I remembered my medications today.

Water amps it up even more with some anise! Yeah, you were worried it was just omnipresent in the taste… well don’t worry, it’s on the finish too!

Brass tacks time: The nose is simple and not a normal Caol Ila. That’s not to say it’s bad, it’s just like being bi and ending up in bed with someone of a different sex than you were expecting. Not a bad thing, you can roll with it, we all support you and love you, but it’s a surprise. Also, they may be simple.

The taste is mostly anise. There is chocolate though, which I’m loving. That’s something. Then the finish shows up and tells us the whole whisky isn’t just simple. A good mix of vegetal, sweet, and again, anise.

So there you have it. The finish is why you drink this, as that’s where it’s at. There’s better otherwise. Thus the score is increased soley based on that. 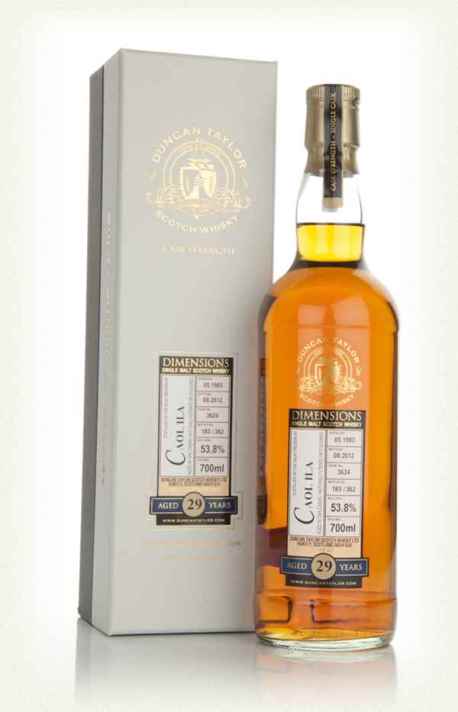 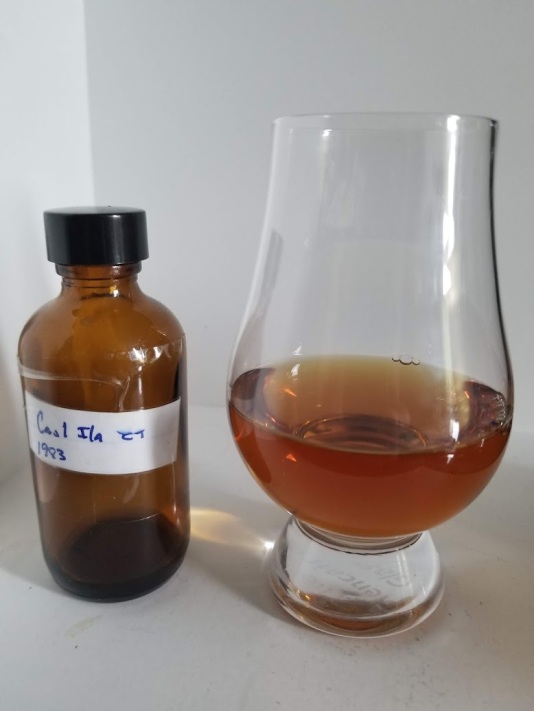 Thanks to /u/CatharticIntent for the sample.

Sherry aspect is very dominant here. Cherries up front, business in the back. Wait, what’s a mullet look like again? I’ve lived in the city long enough to heal.

Complex chocolate right off the bat here, lovely molasses, and even some floral after a bit. Whereas this isn’t a ton of flavours, it’s a complex flavour in the midst of it.

And like the whisky had ears in it that I couldn’t see, as I don’t drink things with ears. You just found out I’m not a cannibal. I hope you’re still going to read my reviews. Maybe not the ones on my human eating blog.

Chocolate peat up front. Lovely strawberry, that normally I’m not as much of a fan of compared to cherries, however, that comes out with time. So it does both the whole rich sherry and light sherry aspect.

Big flavours. And a ton of them too. Nothing off, it’s all good.

Slightly bitter-er then I like at the end. Not that it’s just bitter. It works with the bitter to make the bitter complex, like a villain in a good tv show.

Conclusion: I like the flavours. Frankly at the end of the day, this works. Yes, the nose could have more to it. Yes, it’s hitting exactly what I wanted from the beginning so there’s some bias.

But seriously. It’s tasty. Even the end, which is more bitter than I, the sad sack who can’t stand bitter things, enjoy. So if you can get passed a “just okay” nose, then this is worth grabbing. If you’re all about that nose, then it’s a pass. 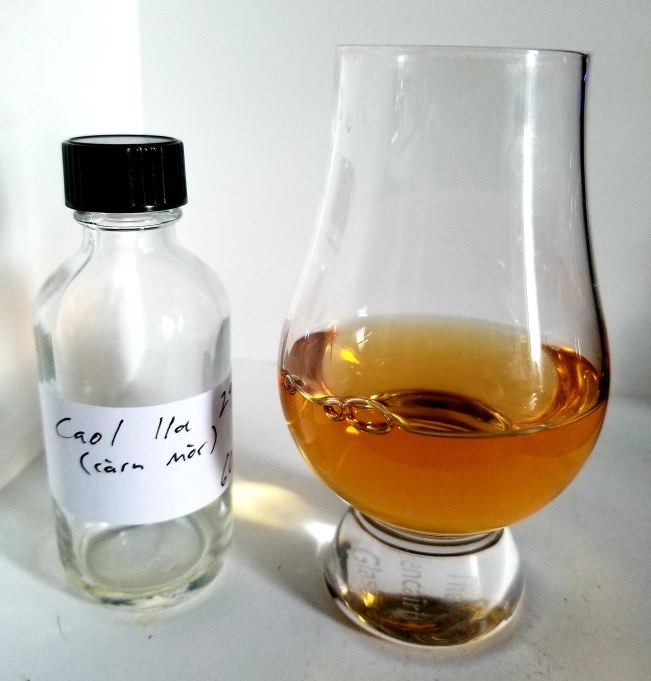 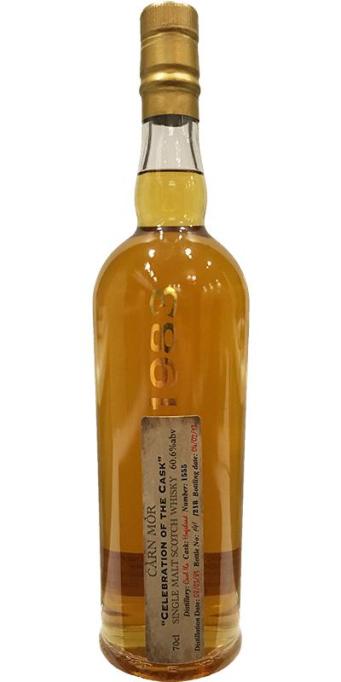 Thanks to /u/dramfine for the sample.

Bitter and malty note right up front. And then that bitter becomes cocoa and butter. And then that chocolate gets some mint and some cream. And then it’s Autumn at the farm.

Yeah, it’s complex. Only took three of these to get a proper big ass nose. And some farmyard.

Continuing on with our series “what spices does TOModera know”, we have more spice, more chocolate, and some actual alcohol heat this time.

Water doesn’t do too much. It’s sweeter and has some pear. Not boring pear though, so it’s all good.

Bam! Anise, reminding us that this does that too. Some vegetal/grassiness, taking us back even further. And… caramel banana? What am I, some overweight adult who has low potassium?

Conclusion: Blockbuster funky chocolate banana. Bunch of chocolate here, lots of complexity. The nose hits so many complex, odd flavours. I’m not even a fan of beer and that was interesting and lovely.

There’re so many massive flavours here it’s hard to explain it all. It hits on that memory place of farmyard and Autumn. Though it’s also hot. This is the one you buy. You know, for all of you out there picking between all three of these.