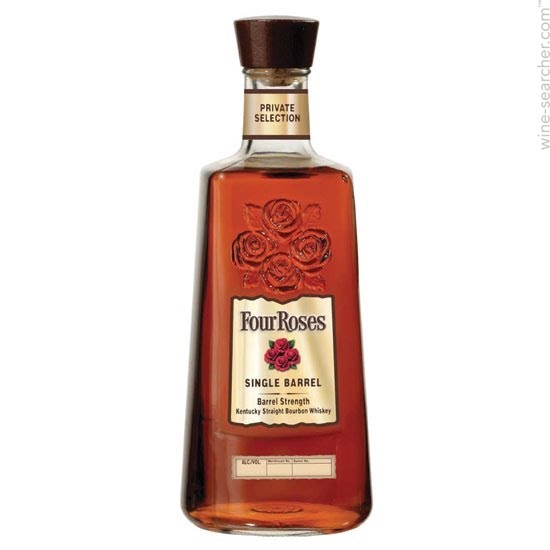 When people leave my nation of preference, Canada, and head to the country beneath us (in geography, not in a mocking sense), they ask me (and many other of my whiskey friends) what they should pick up.

Yes, it’s interesting to go through lists and lists of whiskies and figure out which ones are worth it and which aren’t. And then there’s a simple yet easy answer: “Do they have a Private Bottling? Is it Four Roses? Buy that.”

No Four Roses Private Selection is not the only whisky to buy at stores. Yes, other distilleries release single casks/barrels that are certainly worth buying. However, if someone’s asking me about consistency, a decent price, then that’s my answer.

It’s also something I’m sent a mystery every so often. I’ve proudly tried one of each Private Selection recipe. That doesn’t mean I’m done trying every one of them.

So strap in folks, because we have another. This time it’s from Fine Wine & Good Spirits, the competitor to “Low-end Hooch & Evil Ghosts”, I think.

Initial wood heaviness. Some peach, and some red liquorice. Trying this blind, I’d say that bourbon does the wood shaving thing this well. Other whiskies try it and fail. So I’m guessing this is bourbon off the bat.

Fruity. You have to give it some time to really open up. Takes water well, though time better.

Thick, kinda like how I like my milkshakes. Except when I’m in a yard with a bunch of other guys arguing over one milkshake.

Again there’s a lot of wood influence. It’s not spicy, so I’m not thinking a lot of rye in it. Granted looking forward and knowing what I know, the rye ended up muted here, sadly.

On the other hand, it still does wood well.

The finish has some spice and some herbal elements. This comes from the yeast since this is the herbal one. Should have guessed it there.

The finish has the lion’s share of the complexity. It’s quite nice as it’s a good length too.

Conclusion: Muted, though has some things going on. Think the Angels’ were a bit too greedy. I feel like time in the cask turned down a lot of the rye in the mash bill and showed off more and more of the virgin oak.

Frankly, I thought there was no rye in the mash bill when I was drinking this. It’s that low. I thought any anise was coming from the char or maybe the yeast. Shame on me. This was nice to sip on, though I think it should have been picked earlier. That said, if you like just a bit of spice, this may be your dram.