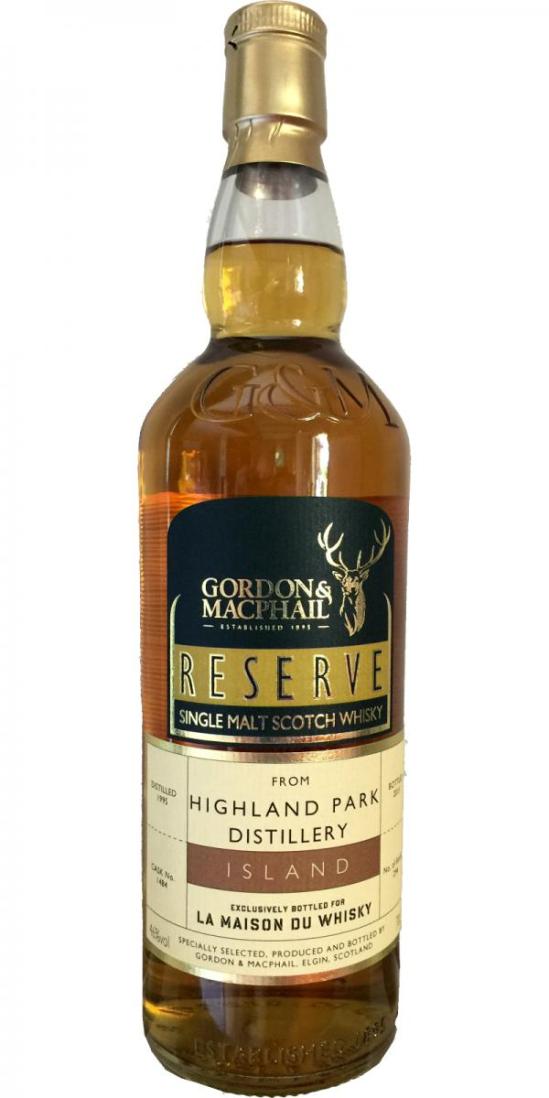 Why’d I write this review series? Cause I got High(land Park).

I have not yet been to France. I had the chance in grade 9. Looking back, I remember not wanting to go because none of my friends was going. I didn’t want to spend the money. And also, on some level, I believed that going to France, specifically Paris, at the age of 15 was a bit silly. This was an adult city. A place I wanted to be able to explore myself and be able to drink and share with someone.

One thing that draws me to France now is La Maison du Whisky. I’ve written before that this famous spirits seller has an allure and mystery that makes me want to go there. An idea of the stereotypical French haute cuisine, high functioning tasters, picking high-end casks.

I’ve had whiskies they’ve selected before. Some I enjoyed, some I did not. Yet somehow, growing up in a French province, living with the idea of food and drink requiring higher standards than English-based counterparts. Yes, that’s not true for everywhere. I’ve certainly met non-French people who had good taste in food and drink. But cultural identities are hard fought to shake off, and that’s where we’re at.

Does this mean I expect high quality? Frankly yes. Let’s see if this met my expectations, shall we?

Nice initial fruit and buttery aspect. Goes right to caramel from the butter, with very right aspects popping up. That caramel then goes to a pure liquid sugar aspect. Water brings out some evergreen of the sorghum.

Very sweet nose. May turn some off. Maybe something has been lost in making this less than cask strength.

Again, evergreen and caramel are the main things. That said, not to be outdone, we have spices that show up late, and then kick off the party.

It is tart as well. You never get a real sense of juice from the fruit. It’s all tart and cereal.

Good things: The mineral that Highland Park has hit a wonderful crescendo here. The apple and spice pairs really well.

That said, with time the spice and those juniper notes tend to take over. There’s no balance, only spice and salt, like an anti-Thanos or the kitchen. Or something.

There’re not all home runs.

Conclusion: Salty spice bomb, pure and simple. I don’t think I could drink as much of this as I’d want. It’s certainly a unique dram.

It’s almost made as one of those whiskies you love to take out during a tasting to just say “check this out” and watch people be surprised. It is Highland Park, and there are some great apple pie vibes. That said, I think it’s lost something in the transition to the bottle, or perhaps from having the angels steal too much.