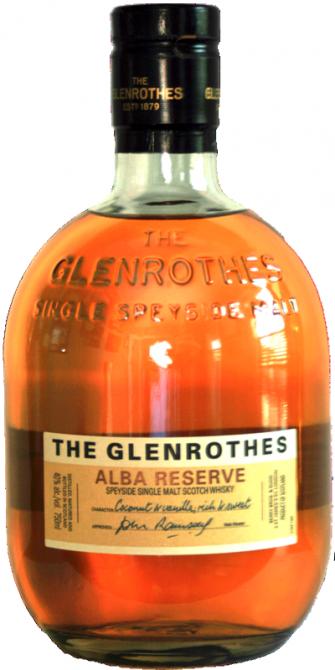 Thanks to /u/ScotchChick for pouring me a sample.

As I slowly catch up on Glenrothes, I notice that I typically stick to independently bottled varieties. And there are some from Glenrothes who may point this out, and say I should give more of their OBs a chance.

Not that I’ve ignored them. The 1995 and Select Reserve have been done, after all. And… well, those two are the only ones.

So when I had a chance to try the now-no-longer-sold Glenrothes Alba Reserve, I… hopped at the chance? It’s hard not doing an IB all the time, okay?

What was the Glenrothes Alba Reserve? Well turns out that Glenrothes really, really loves European oak. So when they decided to only use American oak, soaked in by its tasty ex-bourbon juices, they made it separate and named it after the Latin name for the American variety.

Thus we have this one. But how did it taste? Let’s see, shall we?

Sprite-y on the nose. Very light. The lower alcohol content is not making this one easy.

Eventually get some sweeter notes. Cocoa butter? Not rough, just barely there.

It’s weak. Peach takes over and that’s about it. The ex-bourbon/vanilla drive is there, so kudos to getting the marketing right.

However otherwise this is just boozy and light. Way too weak.

The finish has some nuttiness and some orange going on. And.. a little salty? It’s over in a flash, like a DC superhero.

Conclusion: Too weak. Way too weak. I frankly don’t know why this was released as it was. It’s light, meh, and frankly, they can do better. Any fun elements are gone in the watering down of it, and overall it’s cheap flavouring.

That all said, there’s something going on, so hopefully, I can try some ex-Bourbon Glenrothes in the future that really pick that up and give me something fun.

One thought on “Glenrothes Alba Reserve”