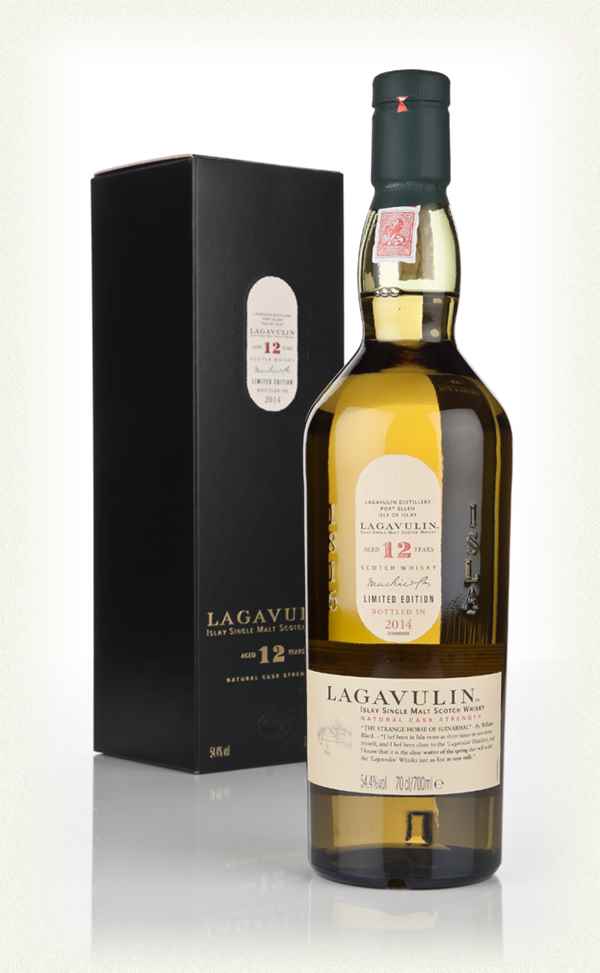 Thanks to /u/devoz who had me pour the last of his bottle to polish it off.

Since the year 2000, Lagavulin has released a cask strength that seemingly bucks the trend of other distilleries’ cask strength offering. It’s not the same age, it’s younger, but it’s more expensive. I am talking about Lagavulin 12 14th Edition/2014.

Yes, others do this too. Kilkerran comes to mind initially, and then I start second-guessing any others I was going to list, leaving this entire paragraph just hanging.

My main point is this: Lagavulin gives us cask strength, though at four years younger to make up costs. Comes out once a year, has a date on it, has a vintage, has an age, and no special casks.

A few years ago I may have scoffed at all of that, mocking it for not competing well enough. Now? I’m surprised this is still on the market. And from a large, faceless corporation at its helm? Someone must have dirty pictures of the entire board to keep it going.

I say limited, but it’s limited in the same way as your neighbour’s Subaru is limited: Eventually, they stop this one and start the next one.

I’ve had Lagavulin 12 before this, but it was the 11th edition from 2011. Have things changed in three years? Let’s see, shall we?

Some water brings out bacon, and really do you need anything else? Remember this is both Halal and Kosher, so loophole for you devout believers out there.

And then bacon to make us all happy again. Water mellows it out, with more nuttiness and more of that gengal/ginger style broth heat.

More and more of that citrus/umami sort of flavours, some anise aspects, and even light yeast/cereal notes. Water really amps up that whole super spice element.

One thing I’d note is this isn’t super peated. It’s certainly very peaty, but it does it in a gentle fashion.

Conclusion: People ask me why I buy Lagavulin at a bar. And the reason is that I’m in Ontario and getting anything else is expensive and typically boring to sip on, due to the selection being so anaemic that vegans think it should eat a burger. But I also like the idea of a peated whisky that does things in a gentle fashion.

This is that. Peat becomes cocoa, bacon, and Asian broth spices. Some nuttiness, some developed cereal, and some more caramel throughout. Good flavours I enjoy.

So who is Lagavulin for? It’s for the person who likes peat but maybe doesn’t want the brash Caol Ila or Ardbeg or Kilchoman, or even the salinity of Laphroaig.