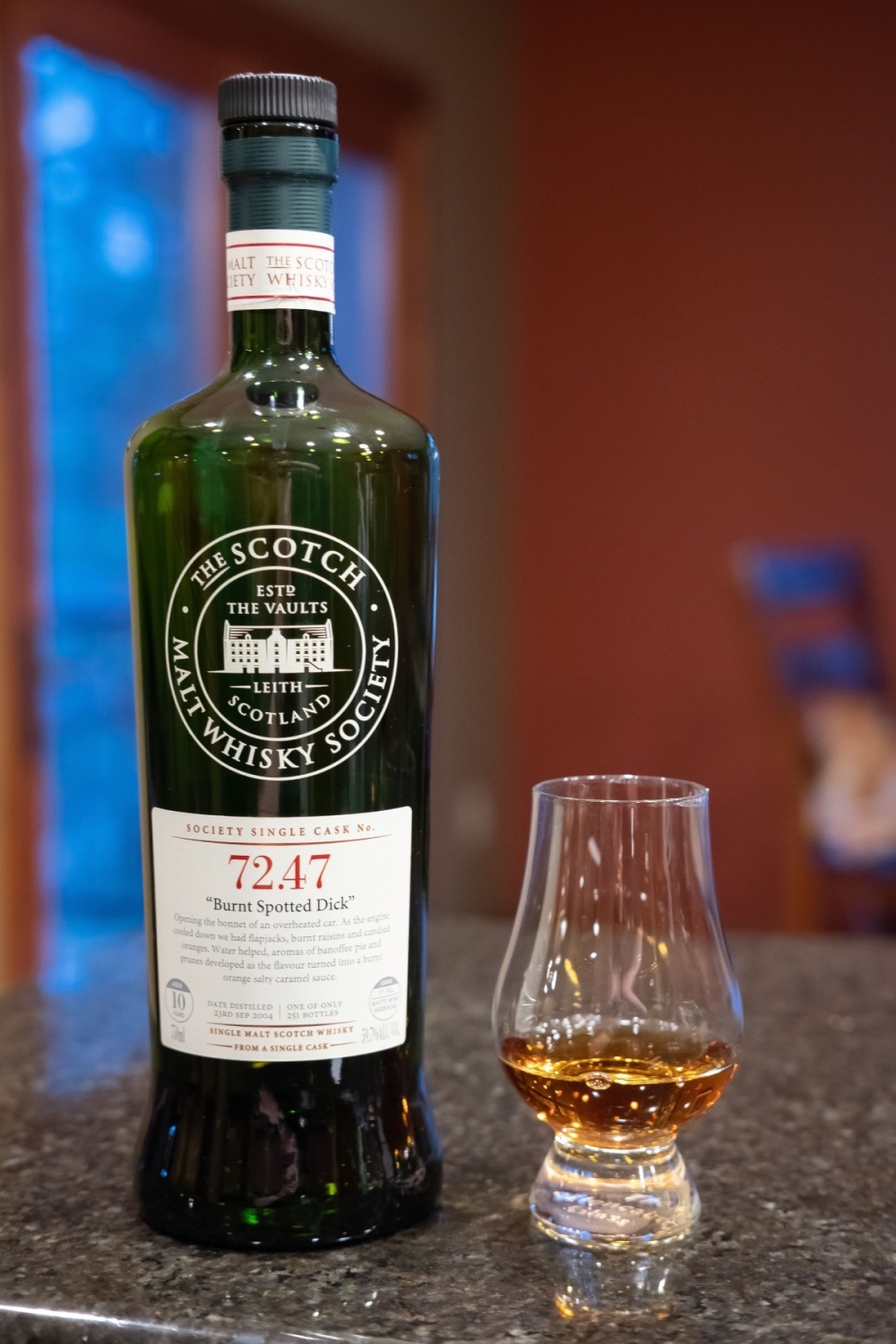 Thanks to /u/ForbiddenWaffle for pouring me this dram.

It’s quite amazing that almost six years ago, I woke up early in the morning, listening to the rooster cockadoodle-doo, and decided I was going to post. Not post as in a hard cylindrical object standing at attention, post a review.

Over 1564 reviews later, I still worry about seeming cocky. I’ve certainly grown, not by staying in the shade either. When I started out I was worried being such a small boat on a grand ocean would cause me to be lost, wet and alone, only entertaining myself. I took to writing about ballsy subjects like popular culture or Shakespearean dirty jokes.

Certainly my rapier wit was unsheathed when I decided that whisky was there to help me write, and not the other way around, less I shaft my true passion. I had fun with it, a certain joy one gets when playing with oneself.

So here we are, with the 1,000th stroke. I have since stopped ejaculating jokes all over the page, yet every so often someone remembers me as the whisky writer who enjoys a good penis joke. That brings me joy and a bit of death, as I feel like I’m expected to perform, and sometimes you just aren’t in the mood. You want to shrink down, chill out, and stick to the old methods.

That brings me to Miltonduff SMWS 72.47 “Burnt Spotted Dick”, a whisky I chose as I need to discuss more Mitonduff in my life, and its unique name sticks out to me, demanding it end up in my mouth.

This ex-white wine whisky comes from Miltonduff distillery, which was erected in the 12th century, but only fully blossomed into a legal distillery in 1824. Prior to that, it was illegal, and if you think I’m making a euphemism in this review concerning the word “illegal”, you’re nuts.

So open up, lean back, get comfortable, and let’s see how this tastes, shall we?

Right off the bat, this is an icing sugar fountain of the molasses variety. It’s very much a sugar stick, with some Jimmer jammer of the raspberry variety slipped in.

Water brings on more spice and yeast/sweet bread for just about any little man or woman out there. It’s breaching the divide, though with complex moves versus the old faithful.

Initial effervescence and grape/spice remind me of grape pop, that ever painful gut buster. It eventually splits down the middle, leaving a runway for shots of more developed buns and jammy goodness that you want all over your face it’s so good.

Rich, thick mouthfeel on this with ropes of complexity.

The finish takes the simple Humdinger route versus the French Tickler complexity of the nose and taste. Spice again takes centre stage, there in the spotlight, losing its religion.

Water brings out more acidity, and more alcohol, stopping the giggling times and becoming much too stern and straight up and down.

As usual, a white wine cask has given us a chunk ‘o’ love from a patient, odd cask. It’s somewhere in between a sherry and dry orange cask fountain, dancing around in the sticky liquid that erupts between them.

This is one of those unique crazy whiskies you take out to try new things. If you can handle some non-traditional fun, then it’s going to put a smile on your whole body. If not, be respectful, pass, and leave some spotted dick for the others.