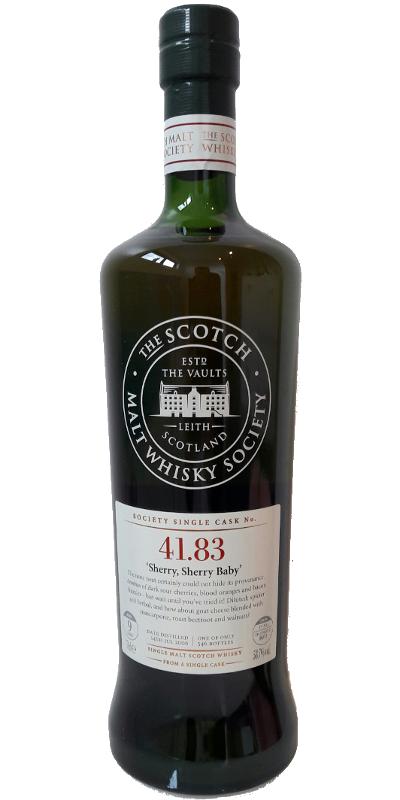 Thanks to /u/devoz for pouring me this sample.

Dailuaine. I have a theory. It’s not popular because you can’t order it drunk. Heck you can’t order it sober unless you understand Gaelic, and that leaves very few people in the world able to do so. I feel bad for anyone whose first language isn’t at least somewhat related to Gaelic trying to order it. Probably ends up with two orders of chili cheese fries to go and the fancy lady in the corner’s number. At least I think she’s a lady.

In actuality, the distillery is mostly used in blends. But let’s not let the truth get in the way of a fun time.

So with Dailuaine SMWS 41.83 “Sherry, Sherry Baby” we immediately expect a sherry bomb. Or perhaps something funny with song and dance. What it is is a 9-year-old, 1st fill ex-Oloroso Sherry butt whisky at cask strength, no chill filtering, and all that.

But how does it stand up? Let’s see, shall we? 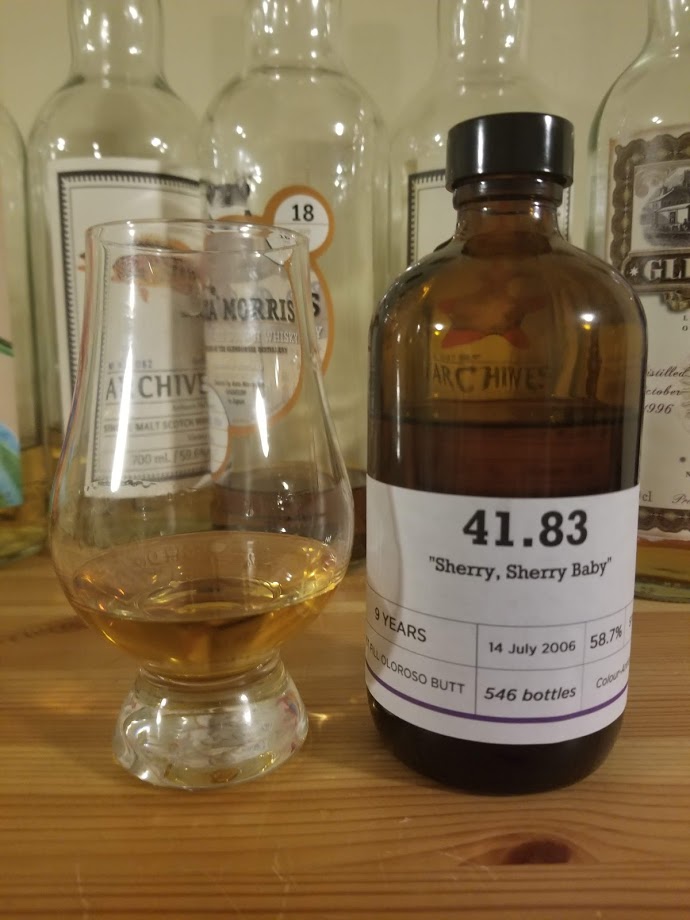 Immediate sherry is evident. Raisin, ginger, orange, lost of nuttiness. Very little in the way of whisky, if I’m being nice about it.

But I’d be very wrong. I looked over my past Dailuaine reviews and turns out the malt itself is typically very fruity. So we have a chocolate sundae with chocolate sauce and chocolate brownie bites situation going on. The sherry aspect takes over or at least seems to with the normally sweet malt.

Yeah, this is sherried. Or maybe they were just going in order, so we’re going to have sherry, then sherry, and then baby. And then you’re arrested.

Water brings out the cereal aspect of Dailuaine here, so it’s not all loudspeaker yelling Sherry.

Nutty, more orange and fruit based. There’s some peach trying to scream out an existence, like Nintendo’s character lineup, but otherwise, this is heavily sherried, young, and the bonus/detriment of each of those things.

Conclusion: Sherry bomb, pure and simple. And I do mean simple there. Older, more time, maybe using PX or an older sherry cask and you’ve got yourself a stew going. This? You’ve got the start of something that needs more time.

Granted the idea of making this is an odd one. Even ex-Bourbon ones have fruity aspects, so the idea of buying a first fill sherry cask of Oloroso and then ageing seems like an experiment that got more of the same.

That said, if you’re a big Oloroso sherry fan, and want something cheaper from SMWS that does that with simpler levels on a not-normally used distillery, it does it. I’m not wowed, but it was nice to try out this combination.