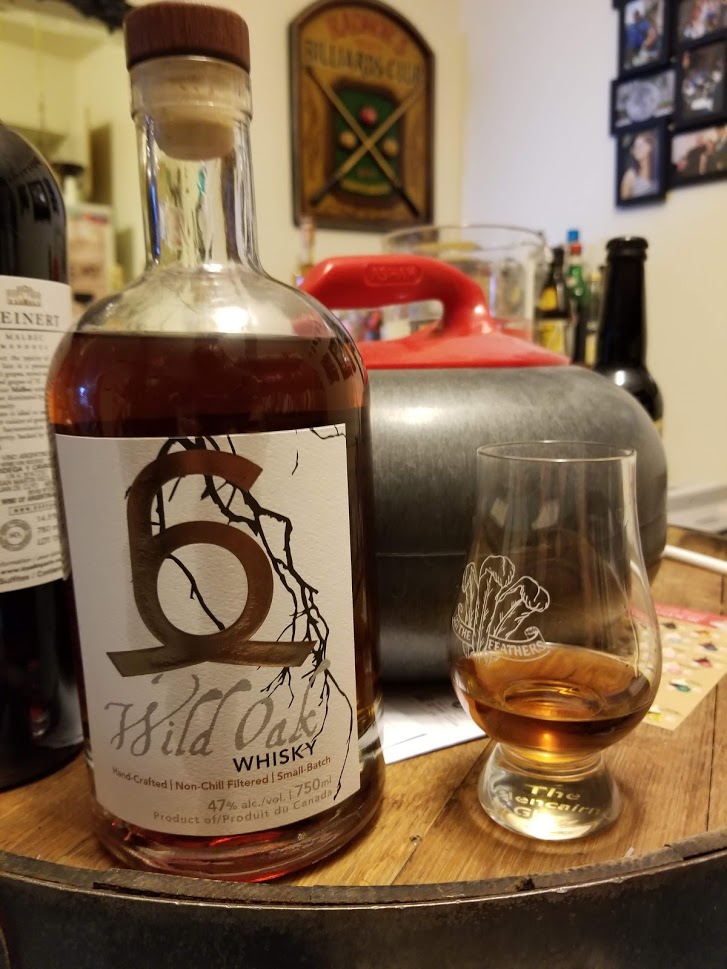 66 Gillead was a distillery in Prince Edward County. They made rum, gin, eau du vie, whisky, and probably other things I’m forgetting. They were sold and the name was changed to Kinsip, with some changes and some whiskies staying similar.

66 Gilead Wild Oak, specifically batch 003, is a bourbon-style whisky, and non-chill filtered and no colour added. I believe it’s roughly 4-5 years old, though again I’m remembering that from a distant time I was there, and not so much from a straight source, so let’s just go with NAS.

Mashbill includes corn, wheat, rye, and malted barley, and I believe someone told me a bit of the barley was peated for this batch, though again that’s hearsay.

So let’s just get to the point: Does it taste good? The name may have changed, but what did it use to taste like? Let’s see, shall we?

On the good side, this has some fruit and acidity to it. The oak has leant to it. I’m getting a different nose than normal bourbon style whiskies.

That said, there are some young cardboard notes on it that sometimes crop up on craft whiskies.

Good side: More of that lemon, some earth, some caramel.

Earthy. The finish doesn’t have that rough aspect. But that smoke is helping finish things up. Changes the profile just a bit. Good addition there.

Conclusion: Good start, but needs more time. The downside of doing a bourbon style in Canada is you don’t get the benefit of that hyper-ageing, and I think this shows it. That said, I don’t know the type of cask used, so perhaps a virgin cask needs to be used. Or maybe it doesn’t.

What I will say is this is certainly unique. Given some more time, maybe some more tweaking, this is different. And that’s something to champion.

One thought on “66 Gilead Wild Oak”