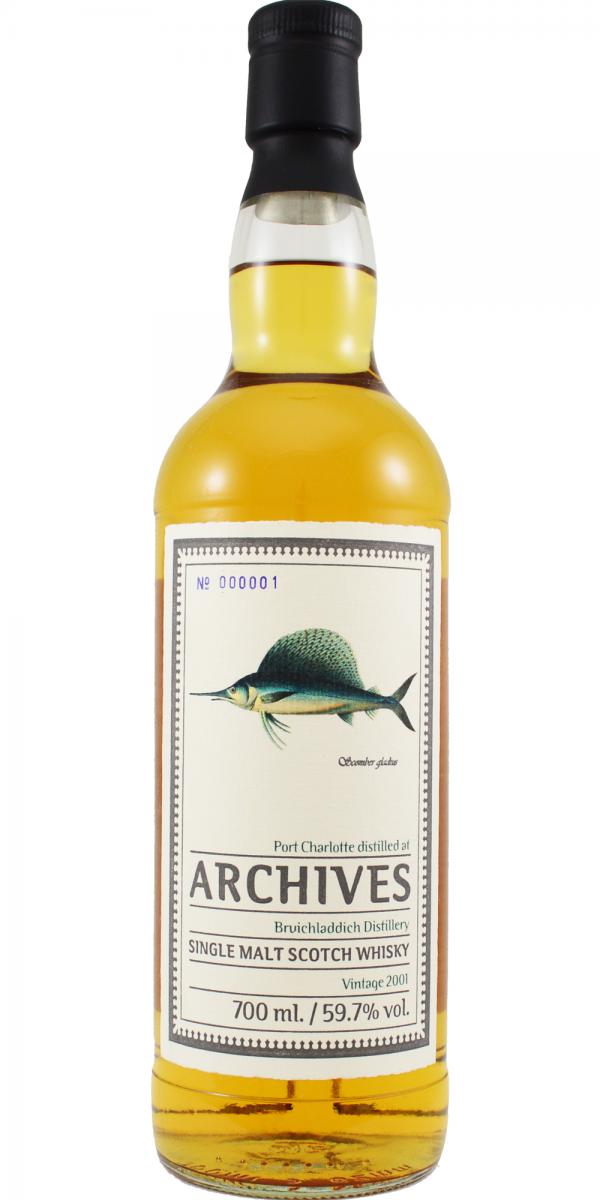 Thanks to /u/xile_ for this sample.

Port Charlotte came up during a tasting the other day. We were discussing a new bottling of it from a different independent bottler, and someone mentioned that it was “the oldest Port Charlotte on the market”. When asked how old, the reply was “17-years-old”.

Which makes everyone pause for a second. Port Charlotte is still fairly new, yet it’s become the mainstay of many a whisky geeks whisky caves in their whisky basement next to the whisky sump pump.

This is not that whisky, it’s merely a tribute. Not even, it’s one that was bottled before it. Bruichladdich Port Charlotte 16 2001 Archives at the time of bottling was the oldest Port Charlotte bottled. It’s part of the Fishes of Samoa line, each adorned with a different fish from the beautiful science book.

But how does time work on Port Charlotte? We’re seeing more whiskies these days where time isn’t doing them any favours. Maybe the newer Port Charlotte has been young for a reason? Let’s see, shall we? 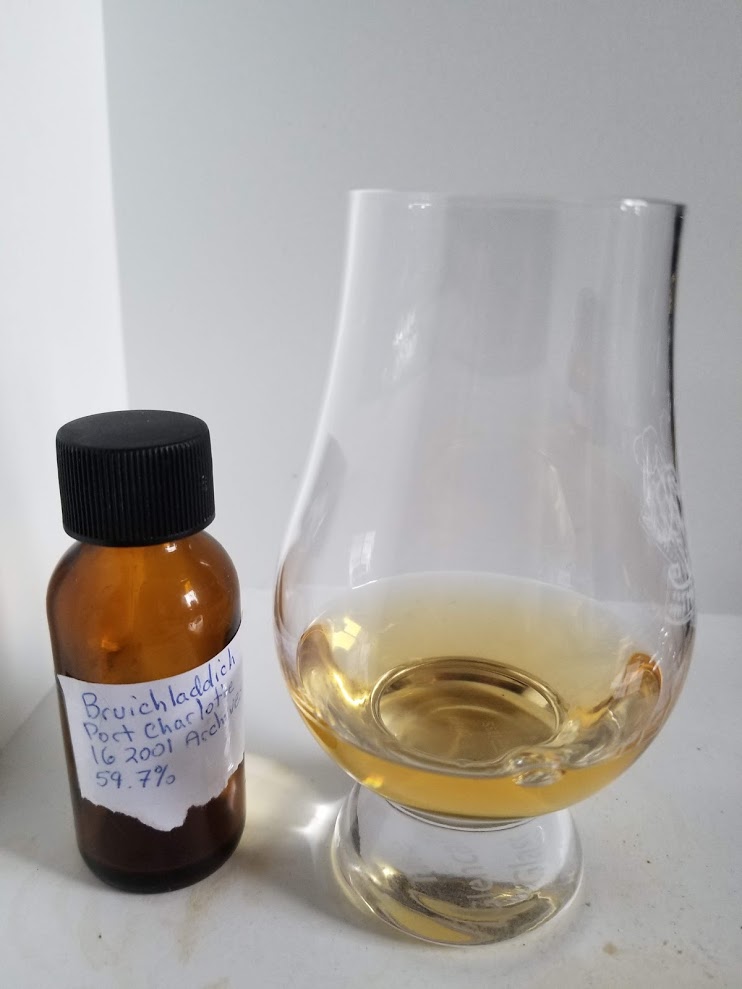 Alright, it hasn’t lost its strength, that’s for certain. Lovely chocolate, anise/developed cereal, and even some creamy/acidic cream with water. Certainly hasn’t shrunk with time.

Taste: Puffin egg candy (the Icelandic one, not the Newfoundland one), cinnamon buns, brine, rubber

More anise and chocolate (the Puffin egg candy is that), more developed cereal/cinnamon, and even some salt. Whereas the nose started with that raw peat, this ends with it, and only then if you add water.

That said, I am not going to turn down bacon and chocolate cake, which is what the finish offers up right away. Saltier, a bit of acid and a quicker finish leaves me a bit wanting. Water fixes that with fresh brioche, which I think means “you’re getting fatter in the morning” in French.

Conclusion: Smoke and breakfast in a bakery. This has grown while keeping with the lovely rubber/smokey character that I reach for in Port Charlotte.

That’s not to say it’s perfect. Anyone who has issues with this much sweets may not be in love with it. Growing up on pancakes has ensured that a) I won’t see my genitals for a while and b) I have developed a taste for them that I crave all day, every day.

That and there’re moments that you may find a simpler/rougher note and that may put some off. For me? This was a fun dram that makes me want to see what Port Charlotte keeps bringing us as it ages. I for one will keep an eye out for the next oldest one.