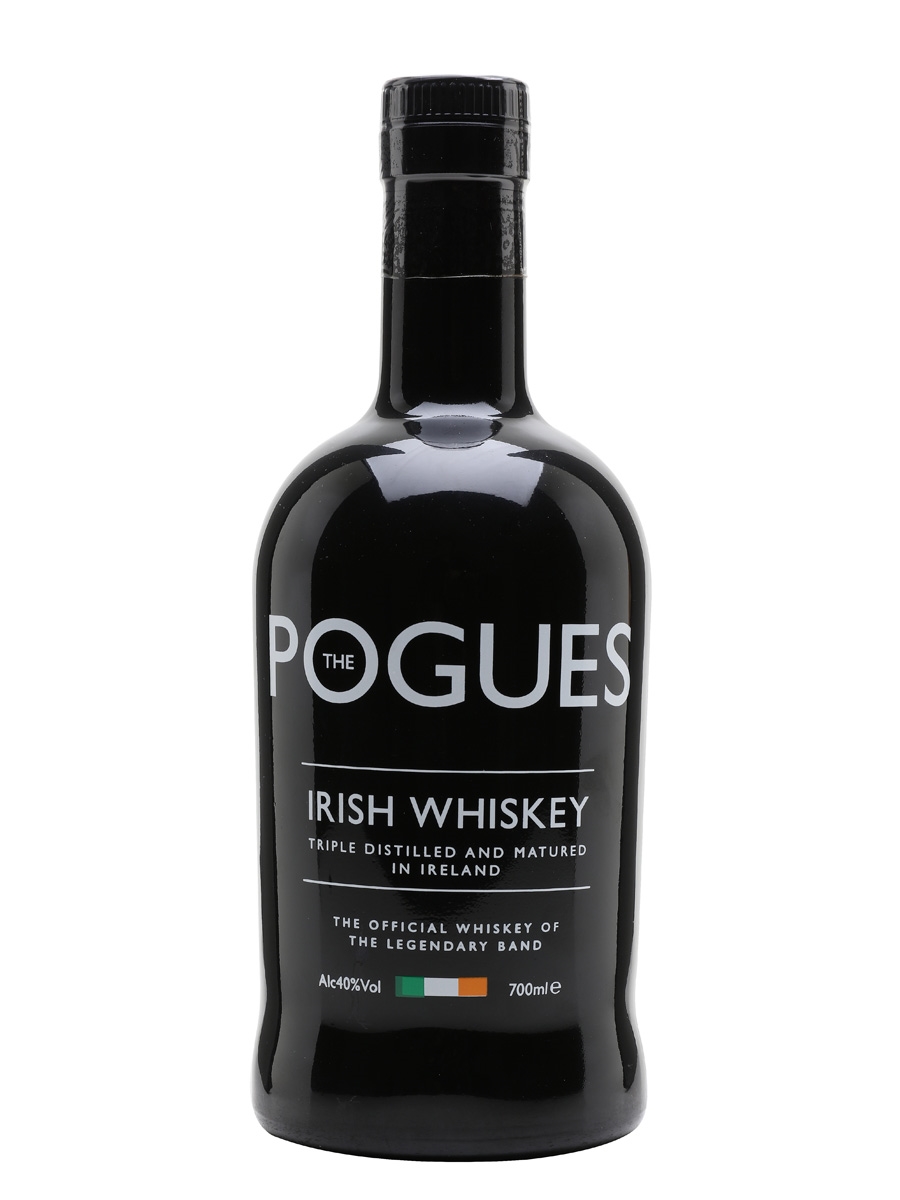 This past year (2018) I had lots and lots of plans. Finish my accounting schooling, find a new job in a new career space, decipher the Gordian knot, and review enough Irish Whiskey to finally hit 100 total reviews.

I’m happy to say I got most of that done, and I nearly have all the rope dislodged from my scissors. As for posting them, I may have gotten behind what with learning derivatives and cutting my way through tough problems. So I’m posting them now! Yay!

In Kings Cross, London, in the year of 1982, a punk group by the name of Pogue Mahone (Gaelic for kiss my ass) was formed. This iconic group slowly grew a cult following and then made international success with multiple political hits. Without them, we would not have some of the amazing Irish punk bands like the Dropkick Murphy’s and Filthy Thieving Bastards.

At this point I’d love to be reviewing one or two of their albums, however, I’m not a vinyl head nor someone particularly known for his musical tastes. No, we’re here to review Pogues Irish Whiskey. The official whiskey of the band.

This is a blend of grain and malt, all made by West Cork. The idea of using the southern distillery is due to the distillery being unique in that they handcrafted most of the mashing, fermentation, and distilling equipment on site. Which, to me, follow the punk ethos of saying fuck it and doing it yourself. 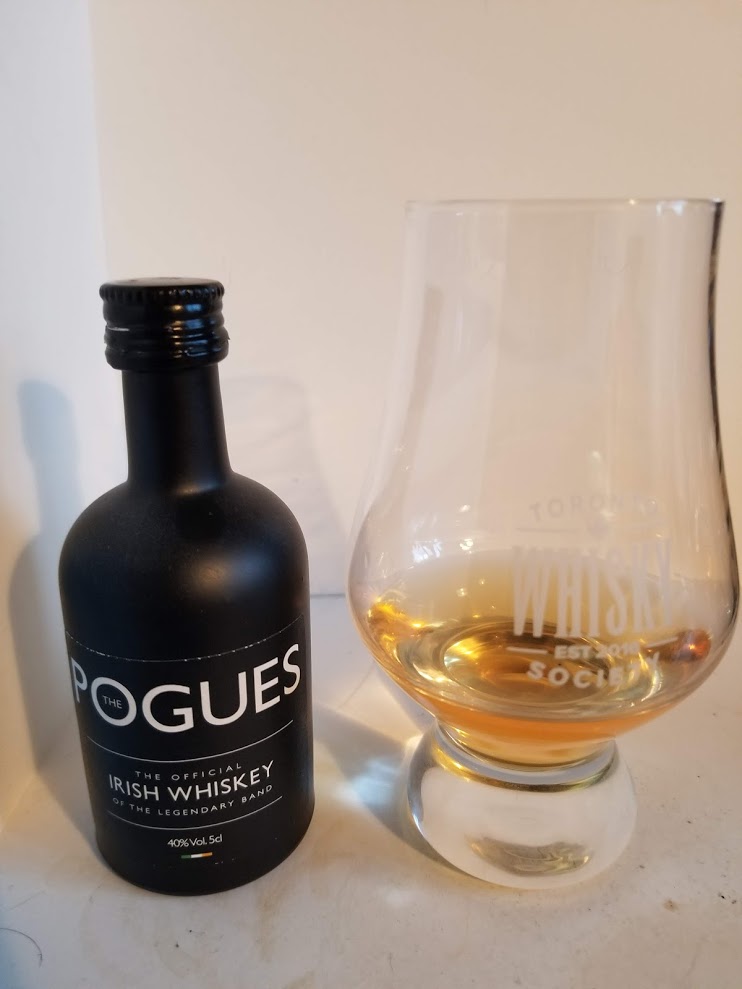 Alright, some malt with the peach and caramel. More of the cereal/dough side from traditional Irish whiskies.

Starts amping up more at the end, which is sad. There’s more of your typical stone fruit, earth, and cereal notes. Overall nice, but a little too late.

Conclusion: Rough nose, better taste. Overall I had high hopes as I’ve heard people happy about this. I had hope it wasn’t just trying to throw a great bands name on a whiskey and getting the fans to drink it/buy it as a collectable. That’s basically what this is at the end of the day.

If you’re a big fan, go buy new versions of songs or listen to their music again. Grab a bottle just to have one, or a mini like I did. This got better with time, but it’s mostly just a simple blend that isn’t doing anyone any favours.

One thought on “Pogues Irish Whiskey”