Thanks to /u/boyd86 for this sample.

Welcome to my new ongoing series, “Bunna-have you any more sir?”, in which I go through my backlog of way, WAY too many Bunnahabhains and review them.

Thus we move onto Bunnahabhain 22 1989 A.D. Rattray Cask Collection, a 22 year old Bunnahabhain that was aged solely in ex-bourbon and had thirsty Angel’s all over it.

I’m a bit surprised by this one, not to jump ahead in any way (no spoilers this time), but that A. D. Rattray, as part of their Cask Collection, would ever take anything other than a sherry cask. At least it’s one of the first times for me. That I can remember.

So it’s old, low proofed, and from a IB that I’ve been a big fan of. Let’s see how it does, shall we? 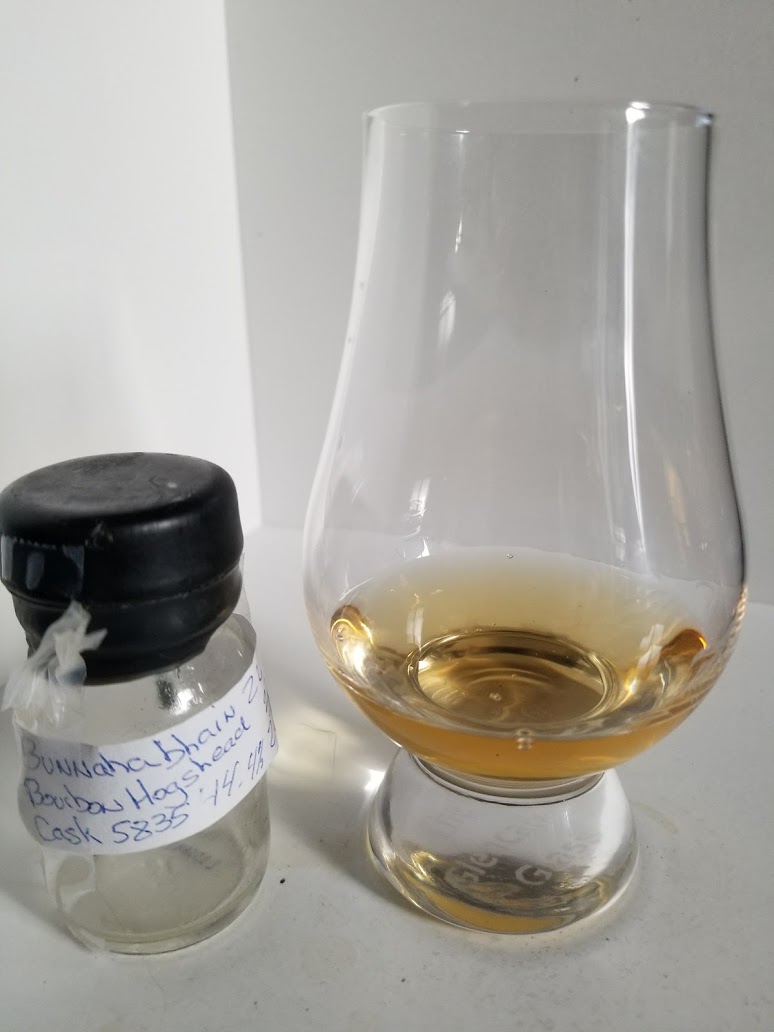 Initial nose has that wonderful initial nose with smoke and a meaty note. Goes to a sweeter, floral note, and some light cinnamon/cassia buds notes around the edges.

So so far, nice. It’s light though, so there’s a chance that the Angel’s took too much. And that makes sense, because from everything I’ve read about them, they’re a bunch of drunk assholes.

Light mouthfeel. Really light. Those greedy Cherubs did a number on the mouthfeel.

Light smoke, some vegetal, and more meat. It’s trying, it really is, there’s just… nothing it can do. The poor bastard has already been beaten down with age.

Wait a second…. Is this the same dram? No one has reached down my throat and replaced it? Okay, as long as I’m not going through THAT again.

Fruity, acidic, cereal, smoke, and spice. I get why they bottled this now, just for the finish. Decent length on it too, and though it may peter out a little, it’s unique and tasty.

Conclusion: In all honesty, it’s an odd dram. There’s pieces in it that scream out “Gee, I wish the Angel’s hadn’t taken so much away from us that they count as a Bank”. The nose has unique notes that are tasty and interesting.

The finish has unique elements that nearly go the distance. The whole thing was nice to sip on. But at the end of the day, it’s a truck that’s been driven nearly into the ground. It’s amazing it’s still going, and you’ll have fun driving it, however… it’s on its last legs and it shows.

Try before you buy.