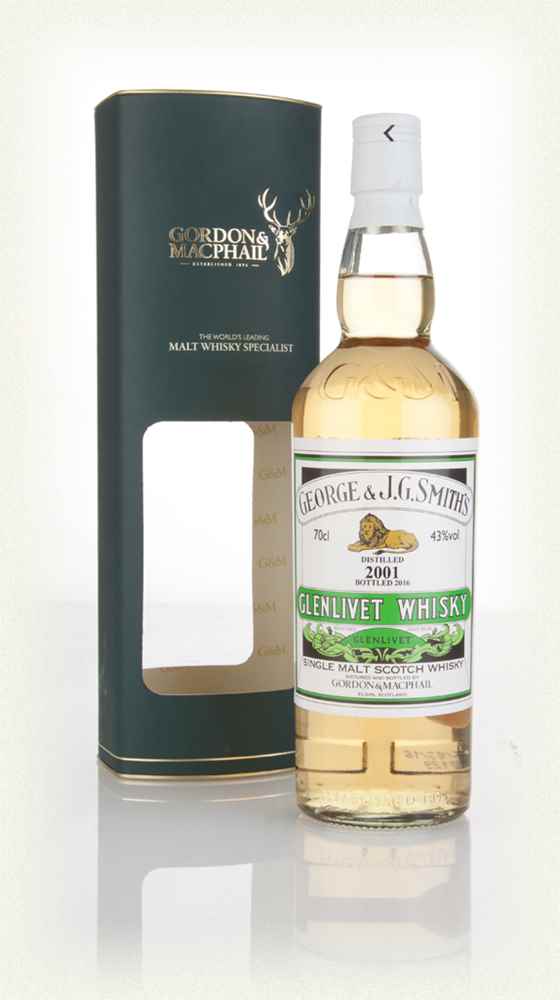 One thing I’ve had a habit of doing, prior to elaborate tastings, is sit down and pour a primer dram. As I’ve been quite busy the last few months, my wife and I have missed a few date nights.

Many would expect a date night at Ardbeg Day to be a little silly and something my whisky appreciating (though not totally reviewing) wife would look at me with cross eyes, however, due to the great Ardbeg pulled pork sandwich, oysters, and amazing whisky lineup, I wasn’t displaced to the doghouse just yet.

Which is for the best, as we don’t even have a dog.

But wait! It’s my date night too! So I needed a primer dram before doing some reviews. Thus I found they had Glenlivet 2001 Gordon & MacPhail Smiths Edition. The idea? A simple one. It’s an independently bottled Glenlivet that’s released with retro labels. There’s a variety of them, each with a vintage giving us the age.

As the “young” one, we have the 14-year-old offering today, which I guess counts as the entry malt. As for a primer, it’s a Speyside, so it fits the bill perfectly there.

Lots of custard here. I’m not saying this dram will attract the 12th doctor, I’m just saying if you have it with fish fingers, a TARDIS may show up.

Beyond the aforementioned egg fish dipping sauce, there’s lots of fruit, some char, and just a little saltiness. It’s a slight deviation from the standard Glenlivet line so far, and while I’d prefer it stronger (some of the notes weren’t easy), it certainly has an inviting nose.

Sweet, tropical, and some earth/smoke kick. All of which are somewhat muted given the lower strength. This takes some exploring to get through. Just a bit of cream at the end is a mea culpa for that, but is it enough?

Not really. I don’t know why I asked you that.

Finish is a lot of char and earth. Almost too much, with the rest having this light flavour, and then ending kinda sad. Or out of place. It’s certainly stronger than the rest. But is that a good thing?

No, no it isn’t. Sorry, I’m being too Socratic in this review.

I think I liked the add-ons, but felt they were gunned down due to the strength. Conversely, I’d think the finish would be too strong at a higher strength and probably would have turned me off more. So leave this in the cask longer gents.